Soup weather is already upon us, and food writer Emma Galloway’s recipe offers a simple yet tasty twist on an old favourite.

Galloway started off writing a food blog to share gluten-free vegetarian recipes after discovering she and her two children suffered from food intolerances. It led to her debut cookbook, My Darling Lemon Thyme: Recipes from My Real Food Kitchen, which is where this pumpkin soup recipe can be found.

“Whenever I buy a large bunch of coriander and only use the leaves in a recipe, I finely chop the stems and roots, pop them into a zip-lock bag and freeze for later. This recipe is one of those ‘laters’,” Galloway says in the book.

“It’s only the flavour of the coriander roots and stems that is needed here to boost the roasted vegetables before they’re blended into a smooth creamy soup.” 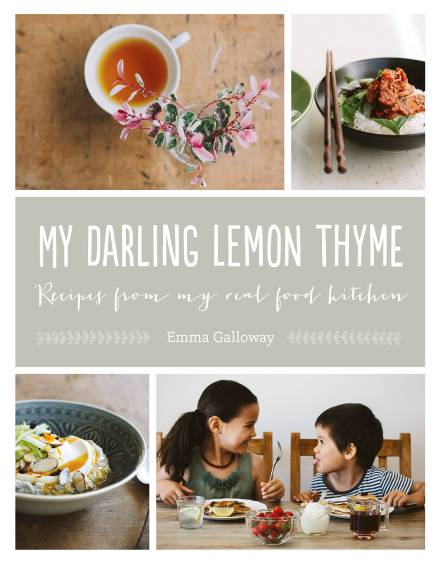 Spread out in a single layer in a large deep roasting pan and roast for 30–35 minutes, turning every 15 minutes until golden and tender. Transfer to a blender and blend, in batches, adding the stock bit by bit, until smooth (alternatively, put the lot in a large saucepan and blend until smooth with a stick blender).

Transfer to a large saucepan over medium heat and bring up to a simmer before serving, drizzled with a little coconut milk and with plenty of hot buttered toast on the side.