Level One restaurant at Electra House will serve up yum cha inspired by its modern Asian menu at its second Nom Nom Cha event, with items such as XO silken tofu, house-made pork and prawn wontons, mac and cheese springrolls with truffle cocktail sauce, house-roast charsiu pork with honey glaze, and mango pudding with coconut sorbet. Tickets are $69pp, including “free-flowing Italian Prosecco”, and there were still places available last we looked.

After winning the Champion SA Brewery and Champion Pale Ale titles plus a swag of medals at the recent Independent Beer Awards, Mismatch is joining forces with the Kings Head Hotel for a celebration shindig this Friday. The fun begins at 4.30pm, with six Mismatch taps – including a pre-release of its new Spring Limited Release – an extended happy “hour”, a cheese tray raffle and DJs. There will also be a pale ale karma keg on tap, raising money for cancer. Read more about all the SA winners at the indie beer awards here. 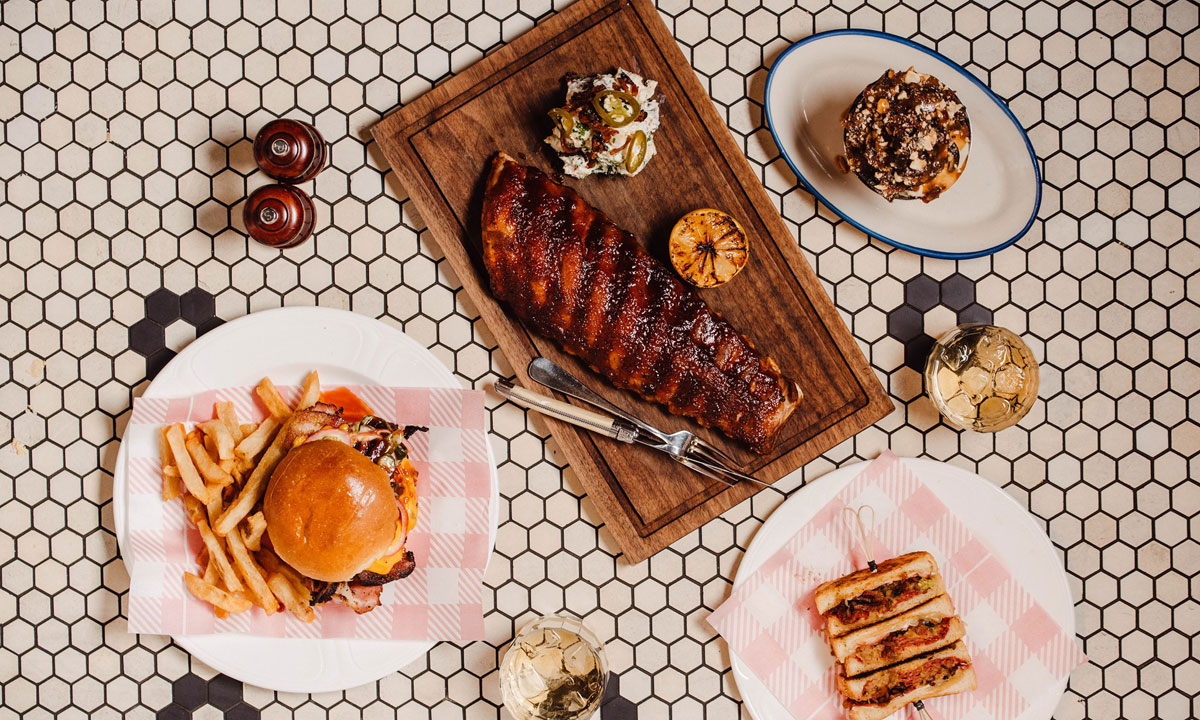 Sean’s Kitchen is celebrating all thinks “smoky, salty and malty” for the next month with Bacon & Bourbon, a special menu that includes bacon jam and corn beef toasted sandwiches, bourbon and bacon burgers, smoked pork ribs, and – for the sweet-tooths – a bourbon and bacon brownie with peanut soft serve. B&B continues through till October 8.

Plant Based at Plant 4 – September 28

Plant 4 at Bowden will host its next all-vegan event from 5pm-10pm on the last Saturday of September. Plant Based at Plant 4 will feature plant-based eateries, craft beer, SA wine, cocktails featuring local spirits, handmade shopping stalls and a DJ.

Taste of the Best – October 4

More than 2600 local and national new-release vintages and award-winning wines will be available for tasting at this showcase of wines entered into the Royal Adelaide Wine Show competition. To be held at the Adelaide Showgrounds’ Wayville Pavilion from 6-8.30pm on the Friday of the October long weekend, Taste of the Best will feature wines from 376 exhibitors, including independent winemakers.  Tickets ($70) include a tasting glass to take home and cocktail food; there’s also the opportunity to join a “Riedel Sensory Workshop” or a masterclass facilitated by the National Wine Education and Training Centre.

Taking place throughout the month of October, Coonawarra Cabernet Celebrations will present more than 60 events designed to showcase the region’s signature red wine: Cabernet Sauvignon. Ticketed highlights include The Family Feast (October 12), a progressive lunch with Coonawarra wine families Redman, DiGiorgio and Zema; a “5 X 5” winemakers’ degustation dinner (October 19) at Pipers of Penola, and a degustation dinner (October 19) in the historic Stables building at Katnook Estate winery. There’s also a wide range of other wine-centred events, from chocolate wine flights and a cabernet picnic, to a toast to vegan wine – see the full program here.

Lot 100 at Nairne is planning to celebrate the October long weekend by transforming its brewery shed into a “giant Octoberfest-like beer hall” on the Saturday and Sunday, with long bench tables, Mismatch beers and Adelaide Hills Cider by the stein glass, German-style food from a firepit and live music. Tickets (here) are $35. On the Saturday, Lot 100 has teamed up with Electra House to offer an extended event ($95) which will begin with breakfast in the city, followed by a bus trip to join the celebrations in the Hills. 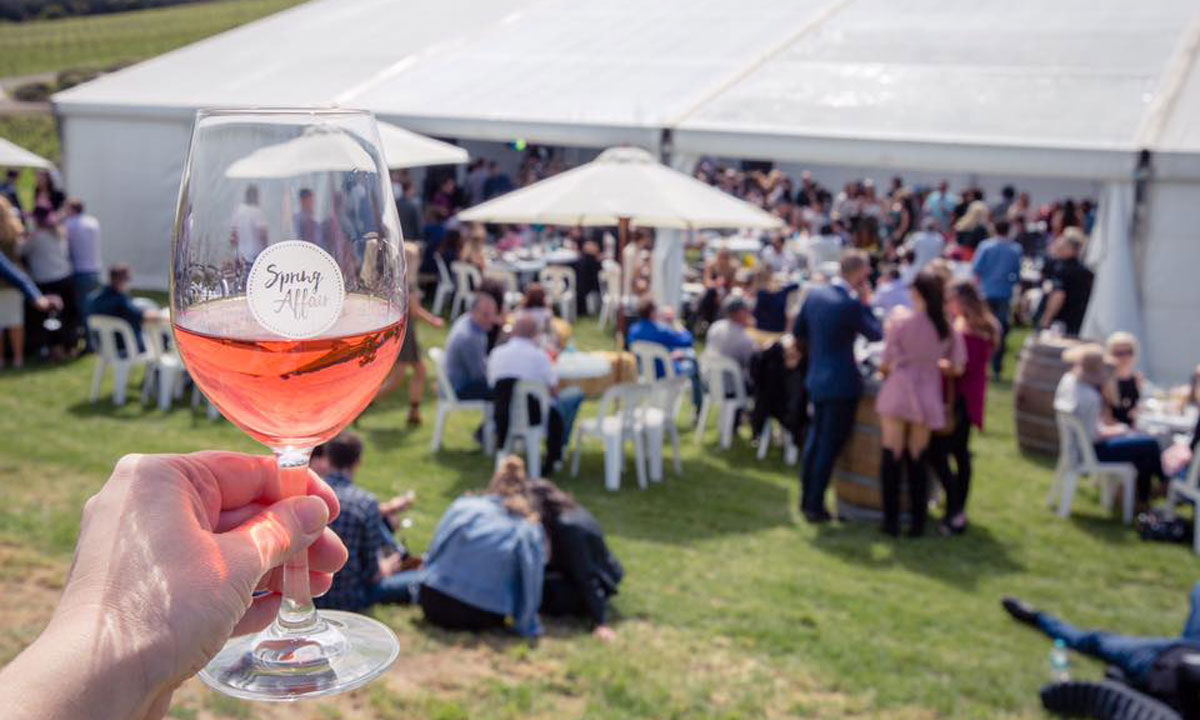 Held on the Sunday of the October long weekend, The Spring Affair festival is described as a “roaming tour of six iconic McLaren Vale wineries”: Coriole, Mollydooker, Maxwell Wines, Paxton, Penny’s Hill and Serafino. With bookings available for two or three-hour sessions at each winery, there will be food trucks (Pizzateca, Sooki LaLa, savoury Japanese pancake makers Okonomiyaki and more), live music and DJs, SA beers and spirits – and, of course, plenty of wine. Read more or book your tickets here.

It used to be the oyster festival, but 2KW Bar & Restaurant is expanding its focus this year to include not just bottomless oysters but also a range of seafood including canapès, paella and whole fish, all matched to still and sparkling wines from Deviation Road Winery. Tickets for the three-hour lunchtime Oyster and Seafood Festival are $99.

A prelude to the Vegan Festival (October 26-27), Vegustation is described as “a compassion-based fine-dining experience paired with locally distilled gin”. Hosted by chef Zacchary Bird, it will feature a six-course tasting menu by vegan caterer Francesco’s Cicchetti served in Prohibition Gin’s Gilbert Street warehouse. The $100 cost also includes a glass of gin. 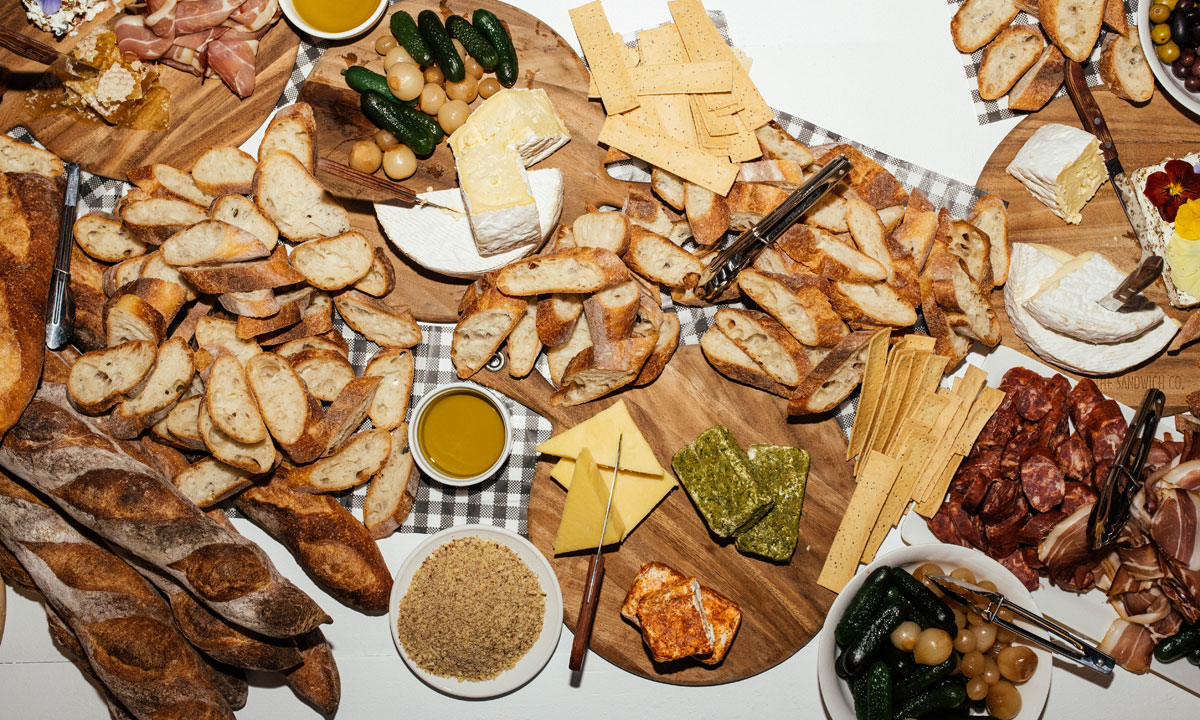 This two-day showcase of all things cheesy and fermented in Rymill Park will feature more than 100 food and drink stalls, masterclasses and cooking demonstrations (including by MasterChef judge Matt Preston), bars, and new Italian, Spanish and French quarters celebrating international cheese, wine and produce. There will also be a four-hour “Great Wine and Cheese Voyage” featuring tastings at CheeseFest & FERMENT as well as East End venues such Mothervine, EastEnd Cellars and The Stag Balcony. See the website for more information.