When Unley a Fork Will Do – October 6

Food trucks will converge on Unley’s Orphanage Park for the first gathering of spring next weekend. Dubbed When Unley a Fork Will Do, the event will take place between 11am and 4pm on Saturday, featuring 25 food trucks plus SA craft beer, wine, cider and spirits, live music and kids’ entertainment. Among the new vendors joining Fork for its sixth season are Humpty Dumplings, the South African street-food-inspired Afri-disiac and Bracegirdle’s.

This showcase of South Australian seafood and music will take place across two days at the Adelaide Central Market, with fish-filleting and cooking demonstrations, bars, live blues and jazz music. As The Forager reported last week, Sprout Cooking School will be operating its Chilli Crab Shack pop-up, with other dishes available to try including seafood paella from Comida, seafood vol-au-vent from Les Deux Coqs and white wine mussels from Samtass. Read more on the Seafood + Sounds event page. 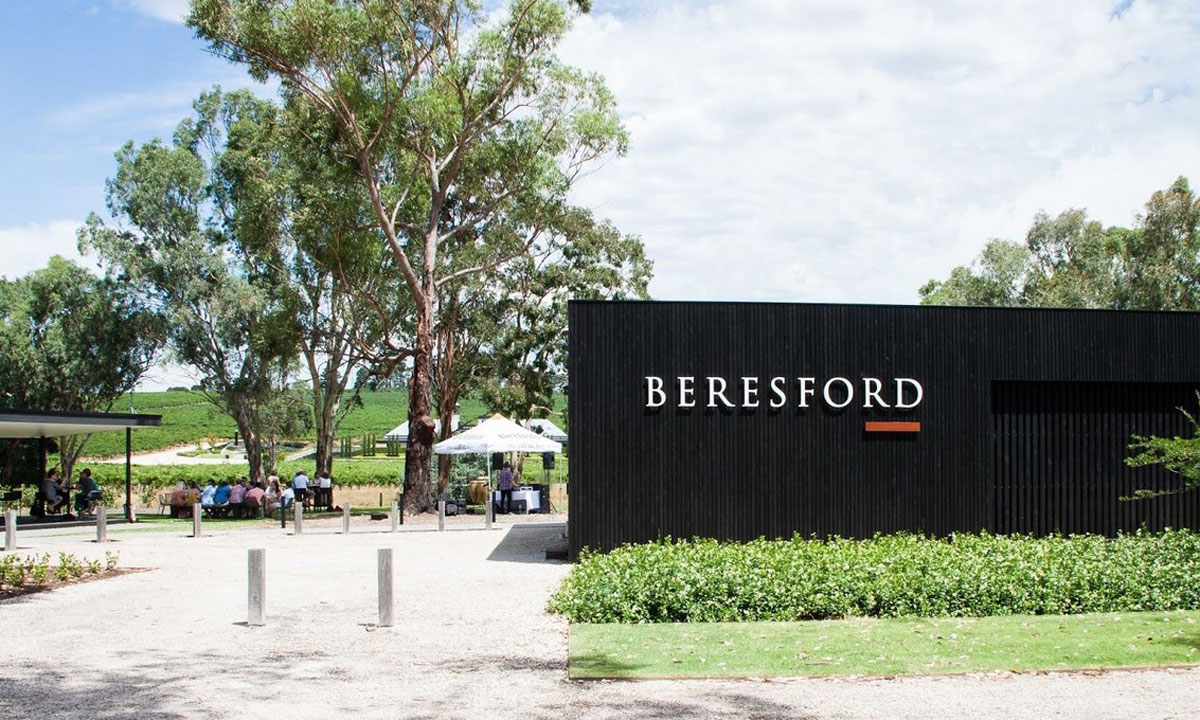 McLaren Vale’s Beresford Wines will launch its first Lavish Lawns event of spring/summer this Sunday, serving up food, wine, cocktails and craft beer from a converted shipping container pop-up bar from 11am – 5pm. There will also be live entertainment, vineyard tours on the Beresford Wine Cart and a Shiraz masterclass (bookings required for the masterclass – see the event page). Entry for the monthly Lavish Lawns events is free.

“Pinosity describes a potentially serious malady, an unnatural absorption in a single red grape variety – Pinot Noir.” That’s from the Facebook page for this event being hosted by Negociants Australian and East End Cellars at the Hotel Richmond. It promises a chance to taste wines from more than 25 producers from Australia, New Zealand and Burgundy, France, including Dalrymple, Brokenwood, Kooyong and Nautilus. Pinosity is on from 6.30pm-8.30pm next Wednesday, with tickets costing $40 including Riedel Veritas New World Pinot Noir glass.

This year’s Mercedes-Benz Unley Long Lunch on King William Road has now sold out, but for the first time the event – part of the Adelaide Fashion Festival – will kick on into the evening with a series of after-parties. The official after-party will be in the Tomich Laneway from 4pm, with free entry, live music, champagne and local wines served from The Hive, Tomich Wines’ vintage “wine bar on wheels”. See here for details of other events. 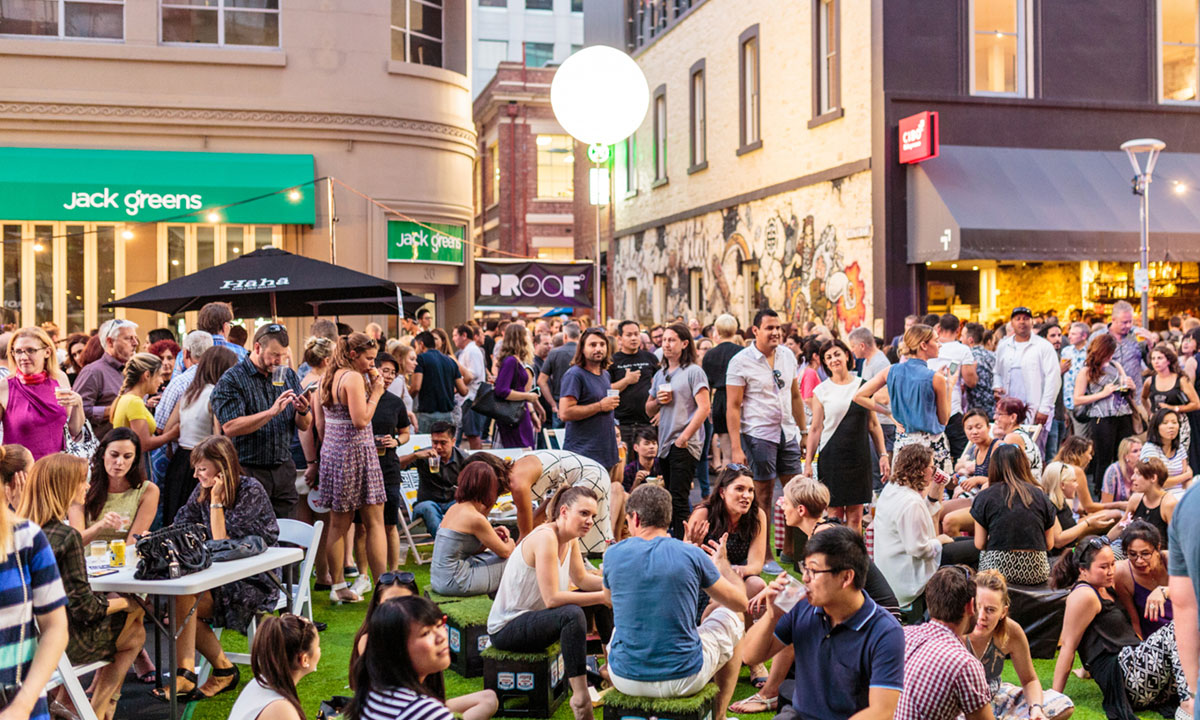 The Waymouth Street Party returns this spring with an evening of drinking, eating and music. Featured vendors and restaurants will include Smallfry Seafood, Melt Pizzeria, George’s on Waymouth, The Gallery and Press* Food and Wine. Long tables and a dance floor will be set up on the street and live musicians will provide entertainment. The party kicks off from 4pm.

To be held at The Edinburgh Hotel and Cellars in Mitcham, this “Brewery Battle Lunch” will feature a range of beers from each brewery alongside an American-style barbecue lunch with goodies such as pork belly, ribs, spicy buffalo wings and more. Tickets are $50 (bookings here) and guests will have the chance to meet the brewers, win prizes and vote on which brewery deserves the “beer belt”.

Plant 4 Bowden will celebrate South Australian gin distilleries with this day of tastings and masterclasses, accompanied by food and live music. The Gin Day festivities will run from 11am until 6pm, and $25 will buy you a tasting glass to sample a range of flavours and mixes.

Guests at this Arkaba Cellars event will have the opportunity to taste more than 30 South Australian-made gins, while also learning about local distilleries and the history of gin-making. Among the distillers who will be represented are KI Spirits, Never Never Distilling, Prohibition, 36 Short, Adelaide Hills Distillery and Twenty Third Street. Doors open at 7pm and tickets for the Gin Showcase are $25 (earlybird) or $30.

The Dożynki Committee is hosting a Polish-themed food festival at Polonia Soccer Grounds in Croydon Park. My Kitchen Rules contestants Sammy and Bella will present cooking demonstrations of Polish cuisine in the food tent. The festival will also feature its annual wheat “snopek” tossing and pierogi eating competitions. Polish beer and food will be available for purchase. Entry is $15. Find out more here.

“Whisky ambassador” Dan Woolley from The Exchange will be joining the crew at Hains & Co in Gilbert Place for this event, where guests will get to taste some “extremely rare” Laphroaig whiskies (see the line-up here).  Tickets are $150, including a takeaway bottle of Laphroaig Select, and the tasting will run from 6.30pm until 8pm. 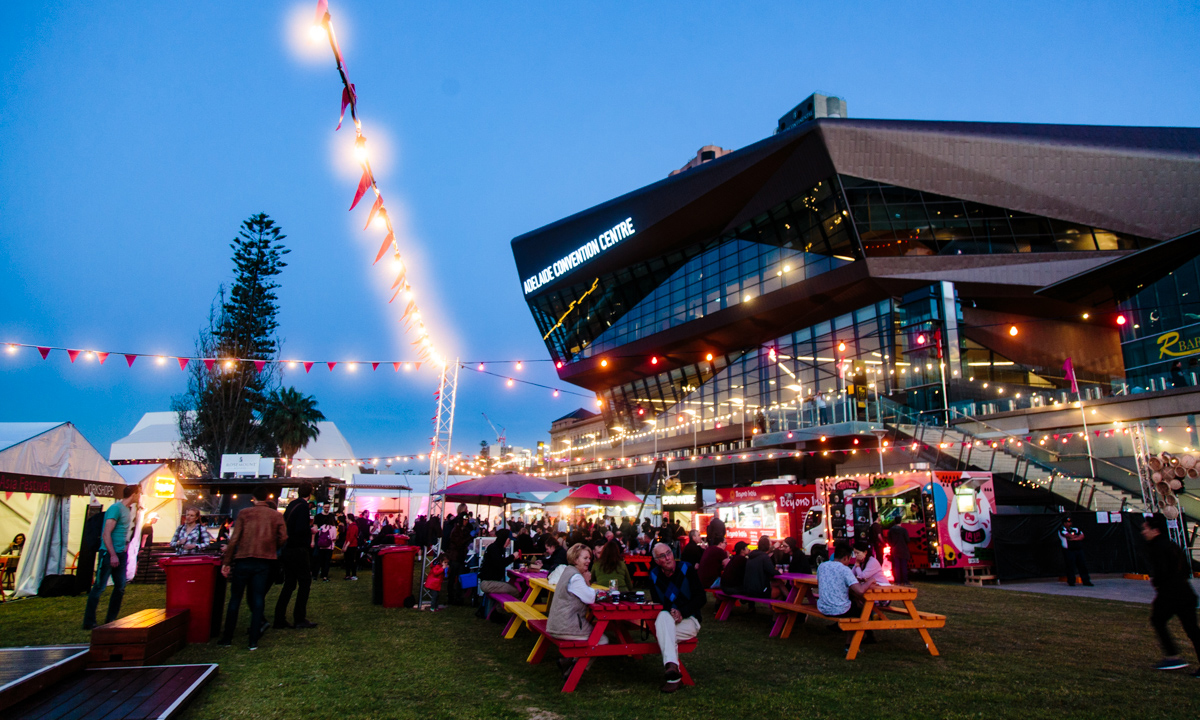 The Lucky Dumpling Market will return to the Riverbank precinct (on the Convention Centre lawns) for this year’s OzAsia Festival, with a range of Asian cuisines including Vietnamese, Chinese, Filipino, Japanese and Indian. Among the stalls returning to the market will be The Filipino Project, Sookii La La and Teppanyaki Noodles, while newcomers include Humpty Dumplings and Astonish Patisserie. Drink options will include a sake bar and bubble tea from Bubble Bus. The market will be open from 4.30pm-late Monday to Friday, and from midday until late on Saturday and Sunday.

Winemakers from Langhorne Creek will descend on Leigh Street from 4.30pm-8pm for this pop-up event, with more than 100 wines available to purchase by the glass or bottle. Wineries represented will include Bleasdale, Lake Breeze, Bremerton, Temple Bruer, Karrawatta, Angas Plains, Vineyard Road and Rusticana. Entry is $5 including souvenir glass (note: this is not a tasting event, so wine is available only to purchase).

More than 25 wineries will take part in the National Wine Centre’s third annual Champagne Fest, which will include masterclasses and a menu featuring freshly shucked oysters, paella and antipasto platters. Wine co-ordinator James Boden says this year’s offering has been extended to include wines from Italy, Spain, the UK and the US, alongside French champagne houses and South Australian wineries.  DJ Driller Jet Armstrong will entertain festival-goers throughout the day, which runs from 11am until 6pm. General admission tickets are $25 per person if purchased in advance or $30 per person at the door (masterclass tickets an additional $40). 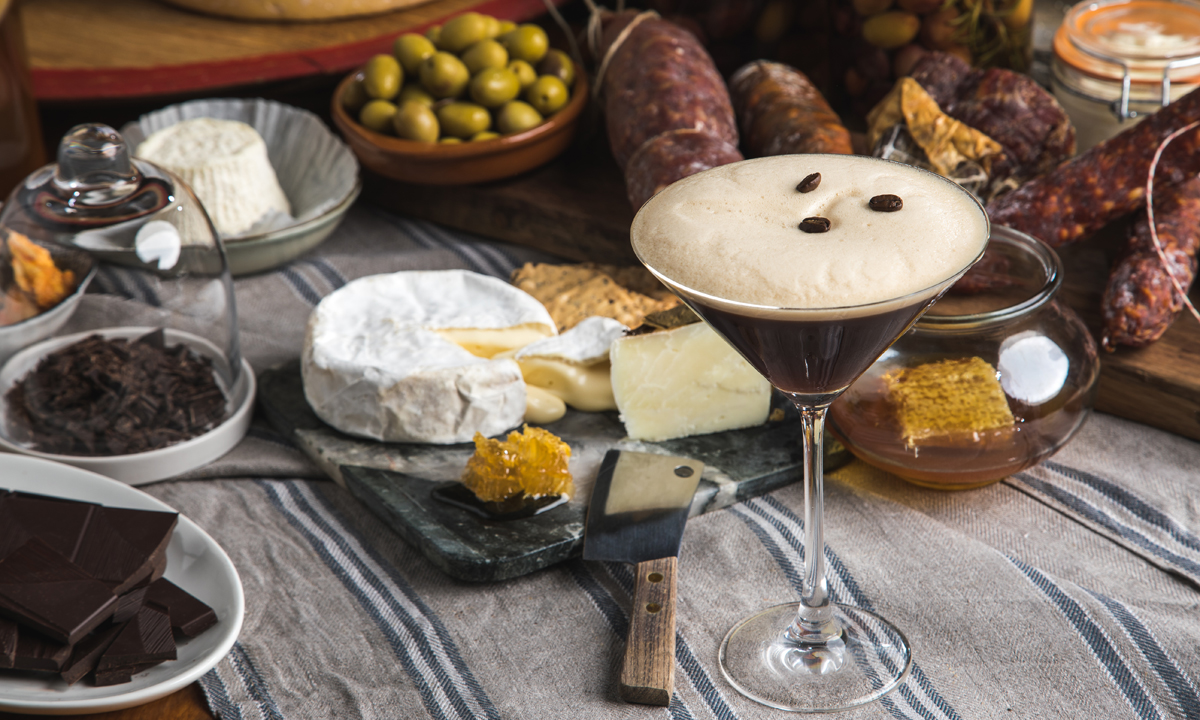 Ferment the Festival will feature a wide range of fermented food and drink. Photo: Duy Dash

Woodside Cheese Wrights’ Kris Lloyd has brought back the popular CheeseFest and combined it with Ferment the Festival (which debuted last year) for this two-day celebration in Rymill Park of all things fermented. As well as wine, beer and gin cheese pairings, there will be a range of other tastings, ferment masterclasses, food stalls, bars and cooking demonstrations by chefs including MasterChef Australia judge Matt Preston, Karena Armstrong from Salopian Inn and Sharon Flynn from The Fermentary. Read more in this InDaily story and on the CheeseFest + Ferment website.

Christine Manfield at The Pot – November 8 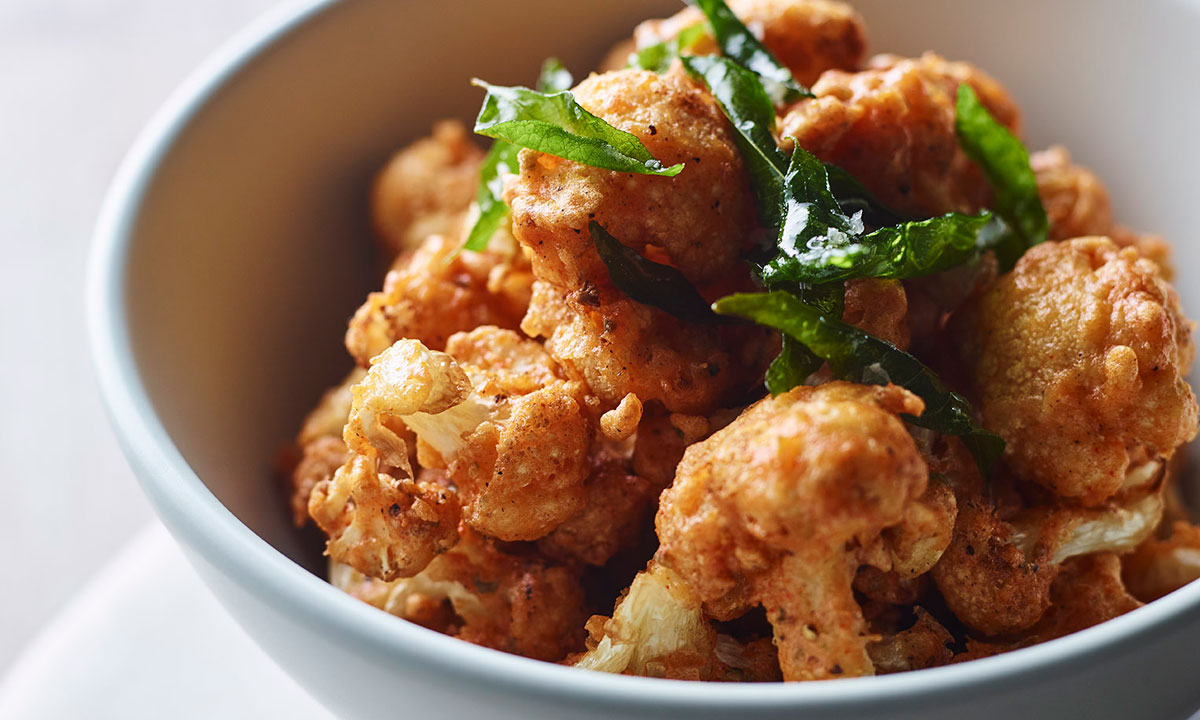 Australian chef and restaurateur Christine Manfield will be back in Adelaide in November for one of a series of national dinners promoting the second edition of her book Tasting India. The Adelaide dinner will take place at The Pot by Emma McCaskill, with the $150 ticket price including the meal, an arrival cocktail and a signed copy of the book (details/bookings here). Manfield promises to “immerse her audience in colour, flavours and spice, creating dishes from heirloom recipes she’s collected during her travels to India”, with dishes including curry-leaf chicken, dal vada (lentil patties) and potato curry. Keep an eye on The Forager in the coming weeks for Manfield’s Amritsari Fried Fish recipe.

East End Cellars is bringing the annual Beer & Bubbles celebration back to Vardon Avenue this November, with a selection of SA craft beers, ciders, sparkling wines and possibly even a “splash of gin”. East End eateries The Tasting Room, Mothervine, Nola and Lemongrass will all have pop-up shops serving food to go, with Skin Contact in charge of the tunes. Beer & Bubbles runs from midday until 5pm, and the tickets ($39 plus booking fee in advance or $45 on the day) include 15 tasting tokens.