The creation of arts professional Stephanie Daughtry and dietician Hannah Rohrlach, Post Dining has developed a strong following for its interactive eating experiences that include music, art and performance.

It sold out its 2017 Adelaide Fringe season of shows, which featured a 10-course dessert degustation menu, and more recently hosted a Winter Solstice event at The Producers Bar.

Now Post Dining is set to pop up in the Central Market with a producer-in-residence stint from September 5-23.

“We’re exciting to see how our ideas will work in this kind of environment,” Daughtry says of the stall.

“It’s partly a bit of a way to get our name out there and network in the market environment. Plus we’ve got a show coming up during Open State, so it’s a way for us to promote that and try out some of the things we’ll be doing there.”

At its market stall, Post Dining will offer a sit-in or takeaway menu, including a range of desserts inspired by native flavours and edible insects. 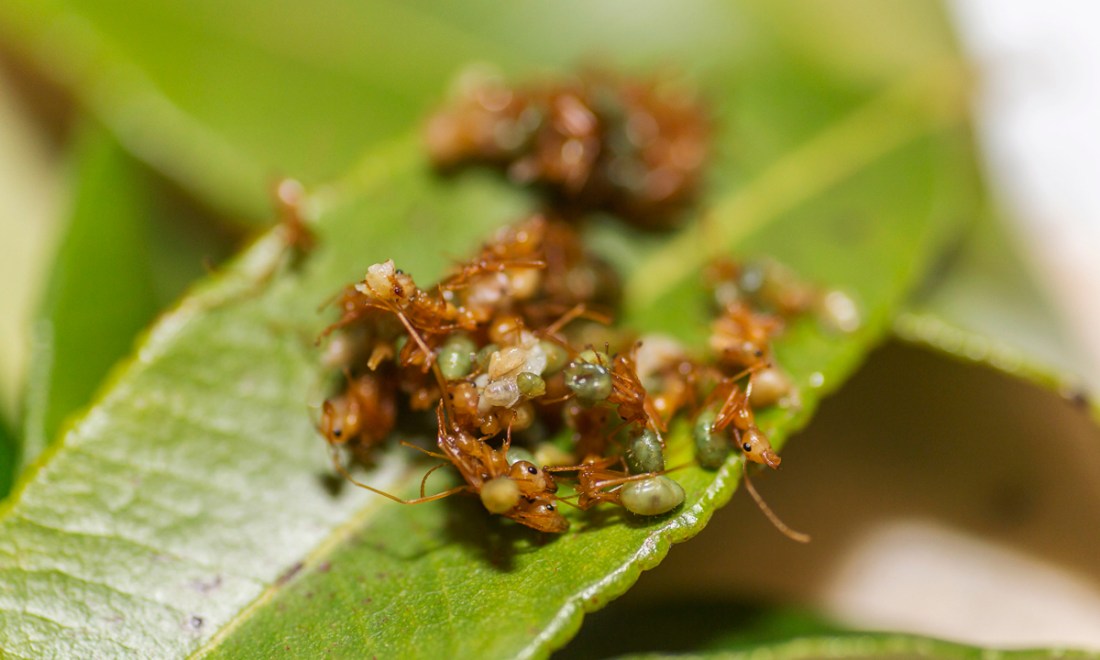 Cooking with insects is in line with Daughtry and Rohrlach’s interest in sustainability issues, as edible bugs are widely considered an environmentally-friendly alternative to meat because they require less land and energy use to produce.

It’s not the first time Adelaide Central Market visitors have been offered bug bites: over two days in June, a team of University of Adelaide researchers handed out roasted crickets and ants, mealworm cookies and cricket energy bars as part of a study investigating people’s attitudes to edible insects.

Daughtry has some sympathy with those who feel uncomfortable about trying insects, admitting that when Post Dining received its first order of crickets from The Edible Bug Shop in Queensland, it took her a while to work up the courage to try them. Now, however, she’s a convert.

She and Rohrlach have found most people are happy to give insects a go, especially when they’re incorporated in sweets.

“At the Open State program launch [this month] we provided the rocky road for everyone to try. There were around 400 people there and almost everyone picked it up and was happy to try it – we got a lot of comments about how delicious it was.

“It’s surprising how willing people are to try these things.”

At the Central Market stall, Post Dining will also be selling “water footprint lunchboxes”. These are filled with items such as beef meatballs, tomato and basil bruschetta and falafel balls, with each portion calculated to have required 50 litres of water to produce.

The meat items are inevitably smaller than the vegetarian, with Daughtry saying the idea is to encourage people to thing about what they eat and the environmental cost of producing it.

A small tea bar will serve a selection of native teas, including river mint, and fresh native lemon myrtle and green ant tea. And on Friday, September 15, they will serve cocktails featuring Something Wild’s Green Ant Gin.

“Green ants are one of my favourite insects because they have this burst of citrus in their abdomen and they are really tasty,” Daughtry says.

A somewhat messier experience will see the hosts serve deconstructed desserts directly into people’s hands – there might be pastry or meringue to begin with, for example, followed by cream and then a drizzle of honey. 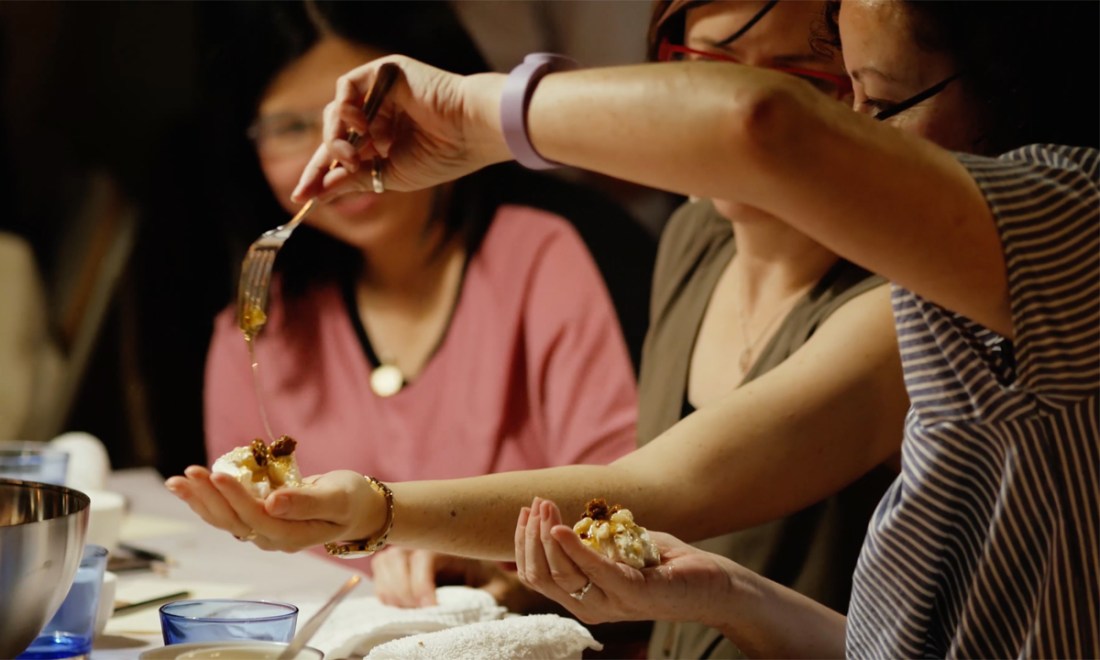 While Post Dining is a side enterprise for its co-producers, who both have other jobs, they recently completed a small business course and are exploring a range of avenues through which they may be able to expand their concepts to create a full-time business.

“We’ve had some really positive feedback from business mentors and people we’re working with … we’re getting a lot of traction,” Daughtry says.

Meanwhile, their next major event after the Central Market residency will be at Open State’s Future Food program, where they will host Post Dining: Future Conversations at the Old Regent Cinema, taking participants on a culinary exploration of four scenarios from the Australia 2050: Conversations about the Future report: Growth, Restraint, Catastrophe and Transformation.