There are a lot of good places in the Adelaide CBD to grab a good beer and a bite these days, thanks in part to changes in small-bar licensing laws and a groundswell of craft beer brewers and drinkers.

Think back 10 years ago, and the city scene was very different: the same beers were poured at most venues, with bars offering similar meals and similar settings. Then it flipped on its head.

Here are three CBD gems worth visiting for a beer and a bite*.

Press is known to most locals as one of the wine destinations of the CBD, but it has a damn fine burger and a few good beers as well. Waymouth Street has a growing urban foodie vibe and to some degree has taken over as the new CBD food destination.

The Press burger looks like a normal upmarket burger, but all the elements are perfect. There’s a broad range of flavours, from the char on the meat and the juicy pink inside of the patty, to the cacophony of complementary tastes from pickles and sauce.

Note that it’s a weighty burger: it’s sits heavy in the hand and heavy in the stomach if eaten too quickly. It might seem expensive ($19.50), but it eats like two really good burgers combined into one.

From the eclectic beer list, a Clare Valley-brewed Knappstein Reserve Lager seems to match the burger the best. Its nice, malty sweetness washes down the salty-sweet burger without overpowering it with bitterness and hops. 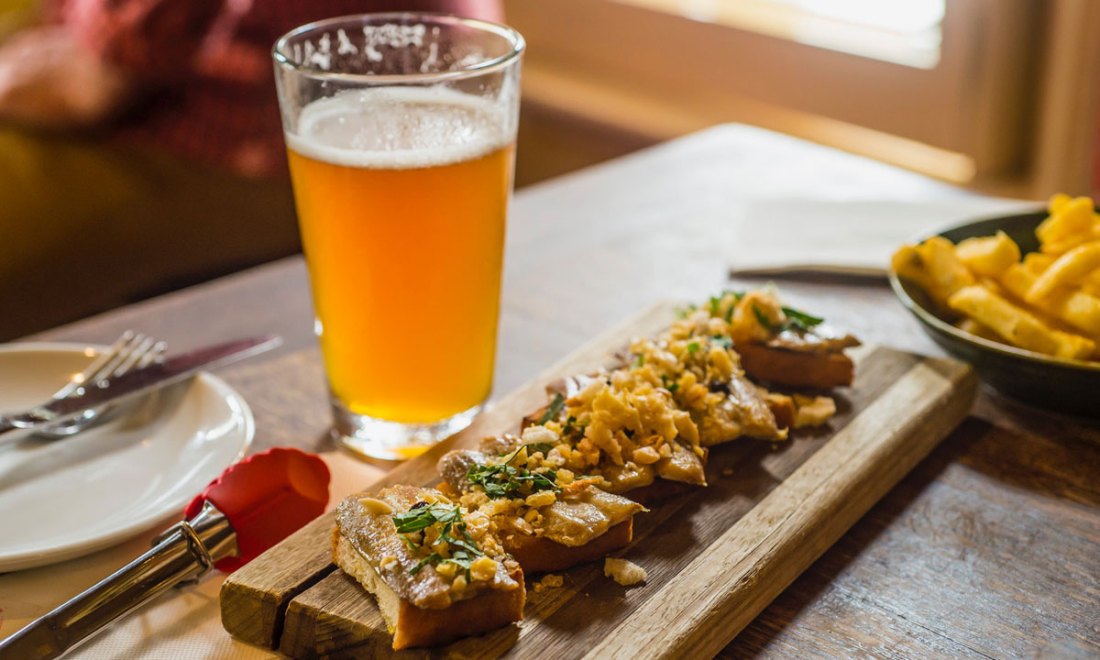 The Gilbert Street Hotel is a bit of a craft beer treasure, hidden away from the popular small bar laneways of the north-west. It’s a nice little pub in the south of the city which has an ever-changing selection of beers plus a cider from eight taps. Plenty of good bottled local and imported craft beers are also available.

Its events – such as chicken-wing night and craft brewery takeovers – can be crazy-popular. The Pirate Life birthdays held in the side street are legendary.

I like the Gilbert Street menu because it’s not all “deep-fried, plus a pasta”.

Grilled Port Lincoln sardines, [with] pickled raisins, almond and parmesan tartine – a tapas dish – isn’t the most obvious beer snack, but oily fish can stand up to decent flavour levels from malty and moderately hoppy beers.

Mismatch Extra Pale Ale has a good burst of hoppy orange peel and a nice malty sweetness. The malt flavour of the beer pops when you chance upon a pickled raisin because sweetness brings it together, not the hops. Give a dry lager or wheat beer a go with this dish as well; just don’t go too hoppy. 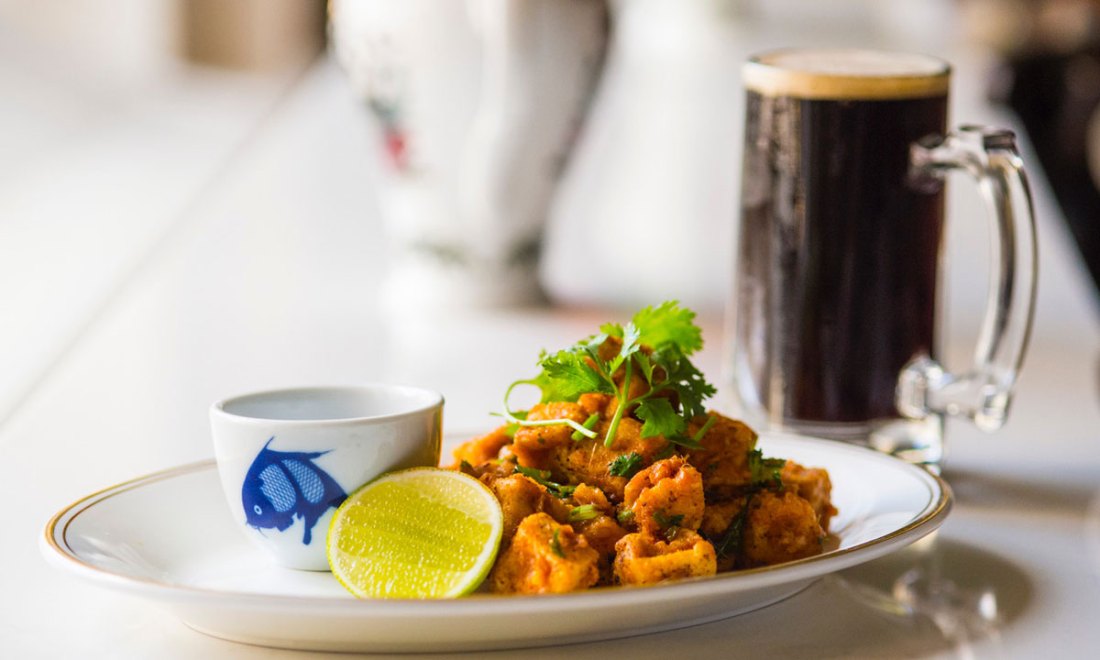 It’s still a surprise to some people, but right there on North Terrace next to the train station is a Vietnamese/French venue with 14 different beers on tap. There’s a few everyday beers and some nice crafty surprises.

The ground level looks small, but head up the stairs for a bigger mezzanine if it looks full. The staff are fast and fun, so unless they’re run off their feet, a beer and a snack come out pretty quickly.

I ask for mine extra crispy. It’s a great step up from salty chips as a tasty beer snack, and the lime juice makes it sing.

Big Shed’s Frankenbrown is a mildly hoppy brown ale with earthy, biscuity malt qualities which match well with the seasoning. The spicy hops bounce beautifully off the fresh lime and fried curry leaves.

John Krüger is an Adelaide based-photographer and home brewer with a passion for good beer. He’s on the Royal Adelaide Beer and Cider Awards committee, and a beer judge with the awards.