Water levels at the wetland – on the River Murray floodplain immediately downstream of Kingston on Murray – reached their highest point since 2011 on December 20, flooding boardwalks and providing regeneration for the diverse flora and fauna.

The flood has now receded, allowing staff at the Accolade Wines-funded site to re-open the network of boardwalks last Friday (January 13).

Banrock Station wetland manager Christophe Tourenq said he expected to see a sharp increase in the number of visitors for the remainder of the summer holidays, particularly if the weather was suitable.

“We’ve had a lot of enquiries from people wanting to know when the boardwalks were going to re-open, so people want to see and experience what the flood has brought to Banrock.” 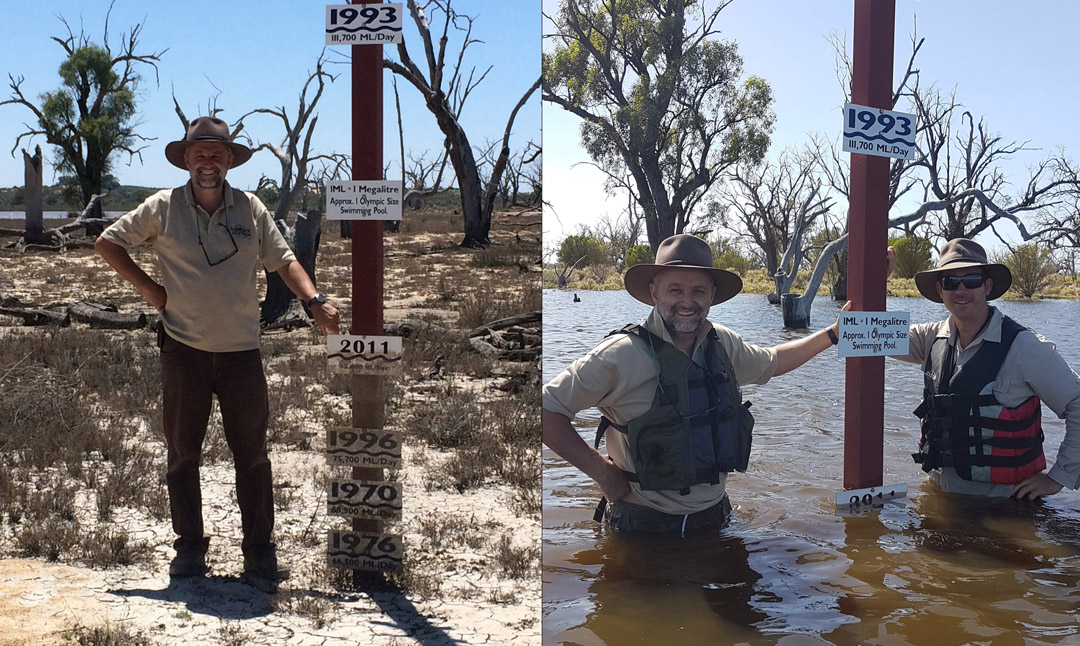 The Banrock Station visitor experience offers a combination of wetlands, vineyards, wildlife, walks and wine. It attracts about 90,000 visitors annually.

The site supports more than 120 species of plants and 138 species of birds, including 14 species of waterbirds listed as threatened in South Australia. It is also home to seven species of native mammals, while more than a dozen species of reptiles and eight amphibians have been recorded on site.

Tourenq said the recent high water levels had led to a breeding boom for fish, waterbirds and the rare Southern Bell Frog (pictured below).

He said the extra water had also been of great benefit to plant life in the area.

“We had an explosion of breeding birds out in the middle of the wetland. From the deck at Banrock Station, especially in the mornings, you can hear ibis and cormorants, so they are quite excited by all this water coming in.

“The water has brought all these seeds down and when they wash up on the wet mud they start to germinate.

“Areas where we have mature trees such as black box and river red gums that were looking a bit tired before, now they have put out new shoots and some of them are flowering, producing food.” 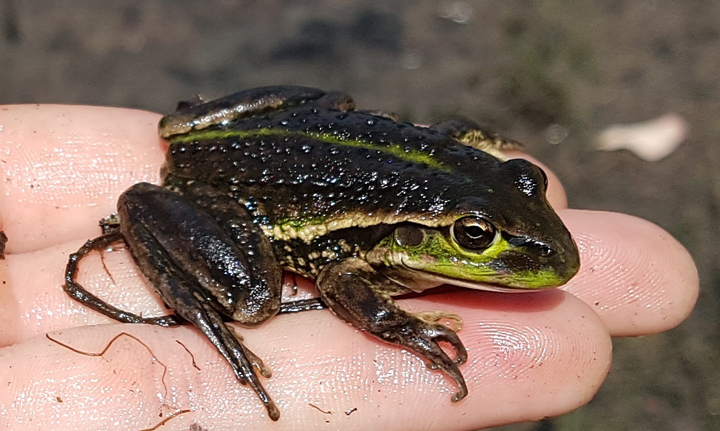 River Murray in-flows at the South Australian border reached 95 gigalitres per day on November 30, the highest flow since 1993, before peaking at Banrock Station three weeks later.

Established in 1995, the site was listed as a Ramsar Wetland of International Importance in 2002. It was also awarded Most Innovative Wine Tourism Experience at the Best of Wine Tourism awards in September as part of Adelaide’s membership to the Great Wine Capitals Global Network.

The high water levels has also brought yabbies out in force at Banrock Station, providing food for many bird and duck species including spoonbills, cormorants and the rare blue-billed duck and musk duck.

“We’re quite happy with what happened; it gave everything a good drink and was a good outcome for us,” Tourenq said.

“It’s quite an exciting time for us at the moment.”