Adelaide’s newest boutique hotel opened its restaurant for lunch yesterday – and it was a step back in time to a more gracious era in hotel dining.

Chef Bethany Finn – missing as the head of a local restaurant since closing her well-regarded Urban Bistro in 2012 – has returned to her hotel roots, as executive chef at King William Street’s Mayfair Hotel.

The hotel’s Mayflower Restaurant and Bar, in the basement of the refurbished CML building, is a trip into Adelaide’s posh culinary past – without some of the stodgy affectations that sunk old-style dining.

“Making a traditional prawn cocktail with iceberg lettuce? I get a kink in my neck whenever I think about it,” Finn laughs.

A range of cured hams – San Jose, jamon and prosciutto – probably wouldn’t have made a 1980s hotel menu. On the other hand, not many modern restaurants would be serving these, as Finn is, with zucchini pickle.

Lunches have a particularly quaint bent, with Finn overseeing the restoration of three old restaurant trolleys to dispense a roast of the day, desserts and cheese. 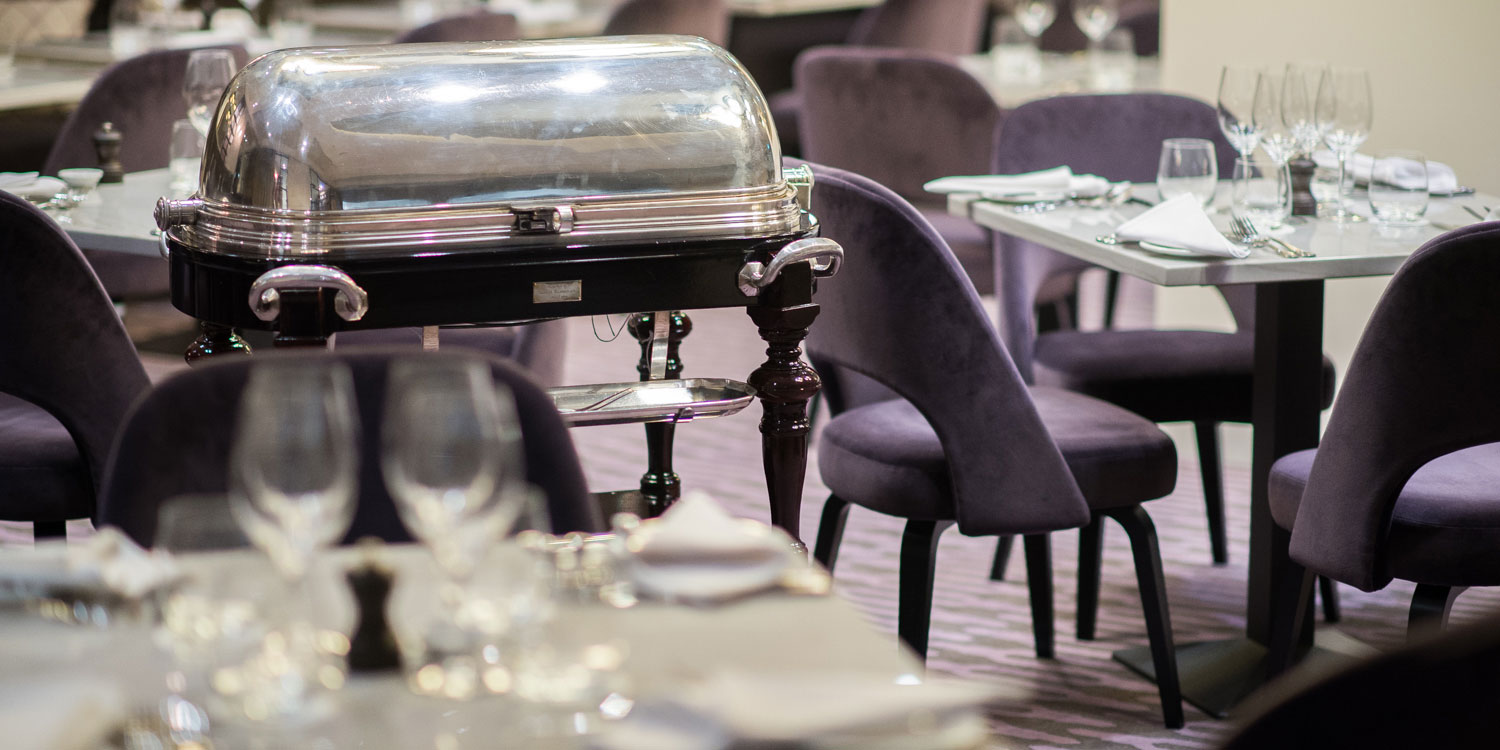 They were rolled out yesterday for the first time – a carvery trolley, serving a different roast each week day, and a dessert trolley crammed with old-school treats like chocolate mousse, pineapple savarin, creme caramel and even blancmange (when did you last see that on a restaurant menu?).

The hilarious coup de grace is the appearance of choux swans. Sitting on doilies.

Finn laughs – the over-the-top flourish will either be appreciated by diners as a touch of class, or enjoyed as an ironic blast from the past.

The room helps the concept to work on both levels: it’s a clubby but contemporary corner, with wait-staff dressed in jeans and long aprons (a fashion that wouldn’t have been tolerated in stuffy hotel dining rooms of decades past). 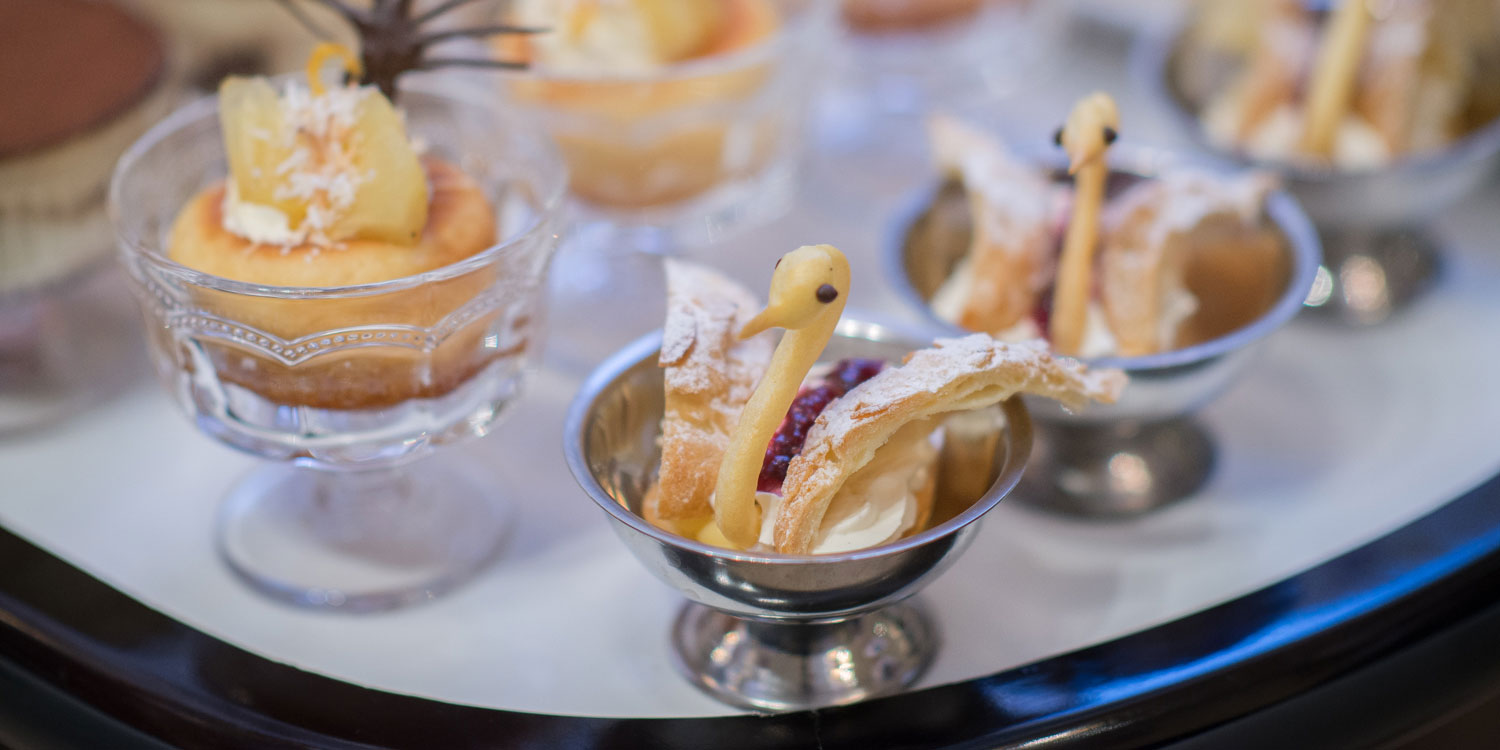 Finn, a former Hilton Adelaide executive chef, finds inspiration in special food memories, such as the grand Ayers House restaurant, where chefs once prepared steak tartare at the table.

“I grew up in Adelaide and I went to the Railway Station for lunch and it had crisp white linen,” she recalls. “I was six years old and I had a dressed crab and my parents went, ‘What do you want that for? Why don’t you have whiting and chips?’

The “proper” way to cook these venerable dishes first gave way to utilitarianism, with big hotels finding practical shortcuts, and then to fashion, with chefs everywhere “deconstructing” dishes.

Finn believes there is a generation of diners who wouldn’t have eaten some of the dishes on her menu – and certainly not in the canonical style in which she presents them.

“This is about bringing back those old classic favourites,” she says. “If you think about it, people haven’t seen this – we’ve had the modern version for so long. We’re taking it back to what it was.”

Lunches look likely to be a drawcard, with prices set at $27 for a meal from the carving trolley (served with roast potato and French beans). For an additional $9 you can also help yourself to the dessert trolley. 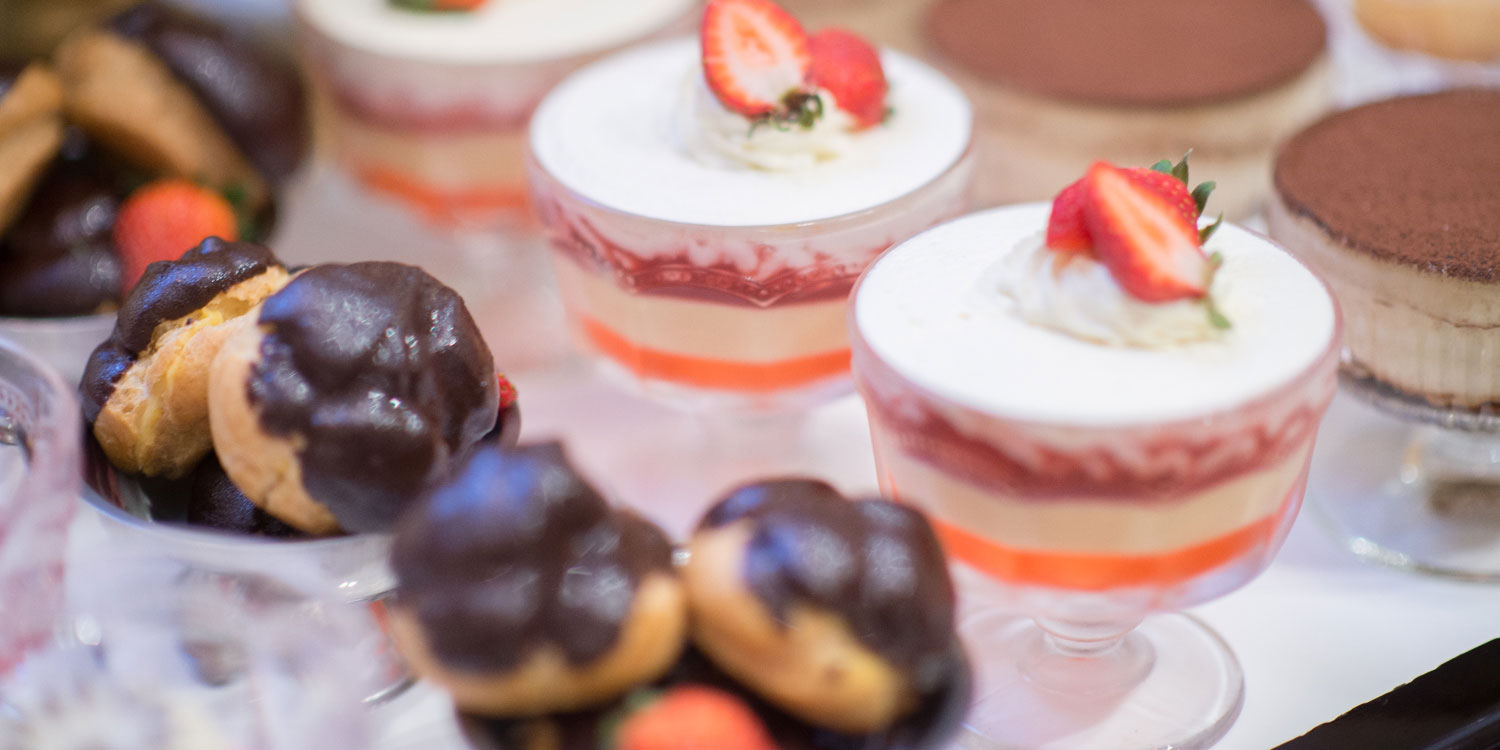 A selection of desserts.

A la carte prices are reasonable, with only three dishes busting the $40 mark – a 400g ribeye for $45, a split and grilled southern rock lobster for $100; and the opulent Oscietra caviar for $265.

On the other hand, you could enjoy a Caesar salad with 64-degree egg, bacon, and reggiano parmesan, plus a glass of sparkling, for under $30.

Also harking back to hotel dining rooms of old, the wine list is huge and ranges from well-priced locals, to super-premium champagnes and back vintages of Rockford Basket Press Shiraz, Henschke Hill of Grace and Penfolds Grange.

Demonstrating again that old school-new school dichotomy, you can even buy amphorae wine – an ancient tradition of crafting wine in clay vessels which has been resurrected by a small number of quirky winemakers.