This week in The Forager: new Casino restaurant close to opening; the battle for small bars continues; a taste of winning wines; and a fresh festival for Adelaide.

Sean to open his Kitchen

Sydney-based chef Sean Connolly is putting the final touches on the menu for his new Adelaide venture, Sean’s Kitchen, to open on Saturday week (October 11) at the Casino.

Connolly, who runs restaurants at the SkyCity casino in Auckland and The Morrison Bar and Oyster Room in Sydney, has revamped the space previously occupied by North, on the eastern side of the casino. The timelapse video below shows the transformation taking place over the past four months.

The Forager had a sneak peak yesterday, and the fit-out and kitchen are impressive. The room, with lots of wood and glazed tiles, fits more seamlessly into the style of the historic railway station building, and will seat up to 180 diners.

Along the southern wall is a cabinet containing what Connolly calls a “Museum of Hams” – 30 to 40 aged beauties including local prosciutto, top-shelf Spanish jamon and some Italians as well. Diners will be able to order a “flight” of ham, perhaps with some house-made bread and butter.

Oysters and other top-quality local seafood will be a permanent feature, along with an interesting selection of small plates including house-made kimchi spring rolls, lobster rolls and grilled crab toasts. Salads are fresh and light, and bigger dishes to share include a huge grain-fed T-bone, SA lamb shoulder with liquorice gravy, and a whole Saskia Beer chicken, fried in the southern US style.

Connolly tells us he’s based the place on a New York-style bistro (in fact, he filmed segments for his TV show, also called Sean’s Kitchen, in New York recently and took some great SA produce, including Kangaroo Island marron, to show off).

“This is going to be a fun place to come,” he says. “There will be something for everyone on the menu.”

The kitchen – which he describes as a chef’s dream – includes bespoke, French-made ovens and cabinetry, a fire pit, and a pizza/bread oven heated by both electricity and wood. If you want to get really close to the action, there’s one table for diners in the kitchen – called the Chef’s Table. – David Washington 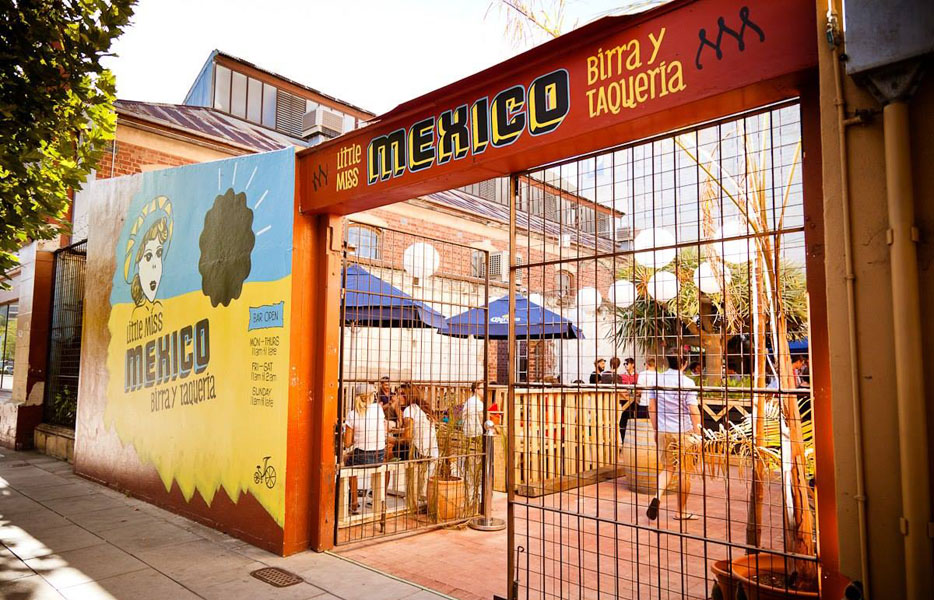 Little Miss Mexico, a temporary outdoor bar next to the Crown and Anchor Hotel in Grenfell Street, has won a licensing reprieve.

The small bar was first opened in February 2013 on a limited licence that permitted it to trade on various days during the 2013 Fringe Festival. The licensees then were granted extra dates in March, April, May and October 2013, with the building that houses the bar set for demolition in April 2014.

At the same time, the licensee sought and obtained a small venue licence that permitted it to trade inside the building during colder months as Little Miss Miami.

All parties assumed the building would be knocked over. Developer Gerry Karidis, however, postponed the demolition due to “the state of the economy” and the owners of Little Miss Mexico and Little Miss Miami applied for a “special circumstances” licence.

Despite a few objections, the licence was granted, although the court said it would not entertain an extension beyond May 31, 2016.

The owners told the Licensing Court the Little Miss Mexico concept could work only during the summer months, as the “casual nature of the drink offering, the casual nature of the food offering and idea of people milling around in an open-air bar or area is the whole premise of the space”.

They developed the Little Miss Miami concept they could have a summer offering and a winter offering.

Little Miss Miami began in mid-July 2013 and stocked three beers – Budweiser, Corona and Negra Modelo – a very limited range of wine and a small range of cocktails. It offered a small range of food, including burgers, onion rings and fries.

After five days of court hearings, Judge Brian Gilchrist decided that while Little Miss Mexico would be closed in winter (May to October), it could open from 4pm to midnight on Wednesdays, Thursdays and Sundays, and till 2am on Friday and Saturday nights. Little Miss Miami can trade in winter on Wednesdays and Thursdays, and all year round on Fridays, Saturdays and Sundays.

Judge Gilchrist imposed a condition that “neither the applicant nor a successor may apply to increase the hours of trade beyond those that I fix”. 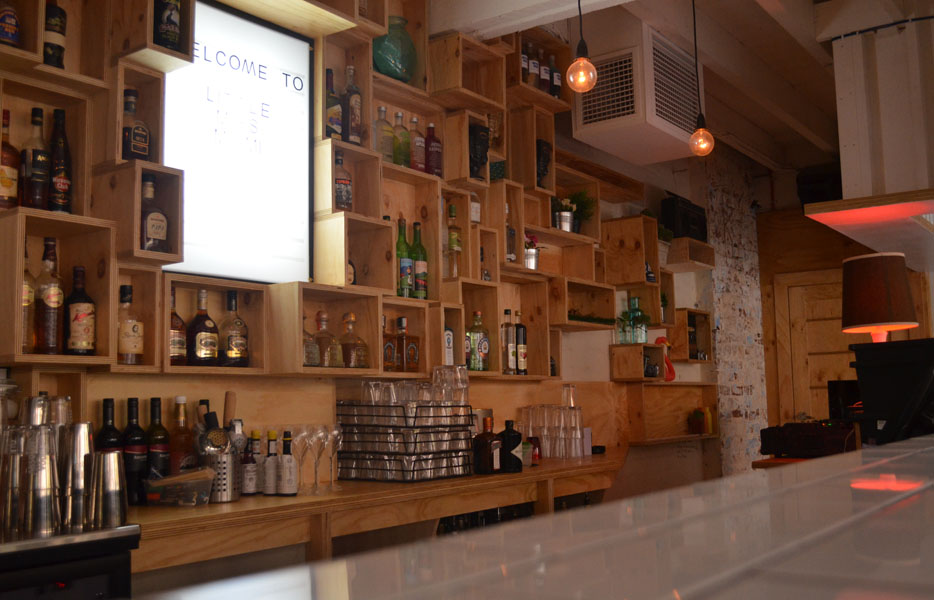 Barossa food and wine champion Margaret Lehmann wants to see the relaxation of small bar licensing extended the regions so they can benefit from the same vibrancy and diversity that small bars have brought to Adelaide.

She has made a submission to Think Design Deliver, South Australia’s Expert Panel on Planning Reform, in favour of the change.

“My concern is that, historically, when anyone applies for a liquor licence, too often the big hotels and restaurants combine to oppose it on the grounds that it’s going to affect their business,” Lehmann says.

“We need to encourage entrepreneurial activity – we’ve seen the results in the laneway activities in Adelaide, but the people with the good ideas don’t often have the capital behind them to fight these objections in the Liquor Licensing Court.

“I’m proposing that these small licensing applications within peri-urban town zones should be handled as a development (land use) matter under the Development Act, and not go through the Licensing Court.”

Lehmann gives the example of a small 20-seat restaurant, café, bakery or cooking school in a town centre zone of a wine region applying for a liquor licence: “Why on earth can’t they offer a lovely glass of sticky or bubbly?

“We’re looking to attract businesses to the region and we’re looking for visitors to spend time in the regions and have different and interesting places to go. The more you have that’s good quality, the more attractive the region becomes. It’s a reason for people to stay. Why do we have to make it so difficult?

“Surely these matters can be managed locally by council?

“What people are looking for is something that’s interesting and real that you can’t get anywhere else. Do you know what ridgy didge means?”

More information about Think Design Deliver can be found here. 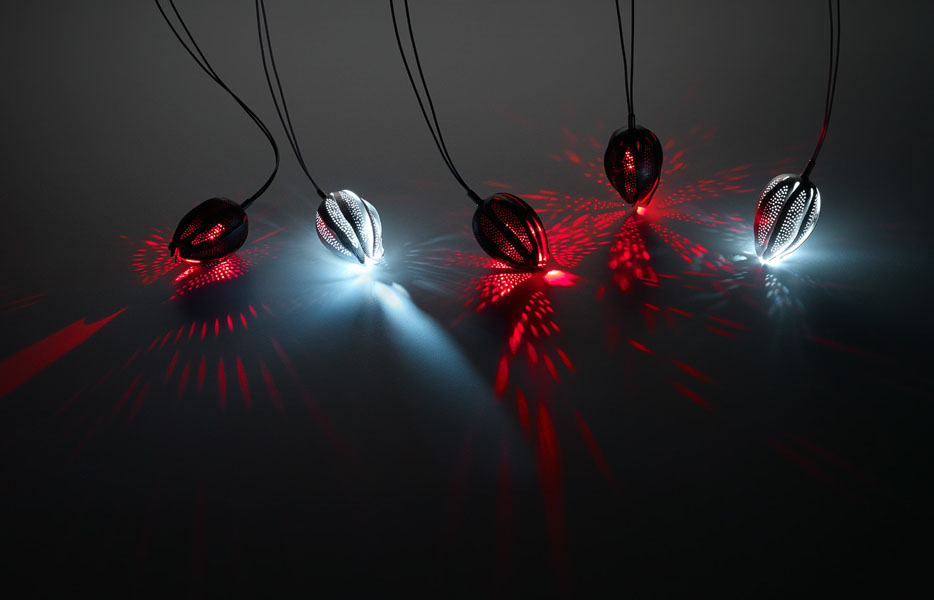 Contemporary jeweller and object maker Leslie Matthews worked in collaboration with FermentAsian chef and owner Tuoi Do to create these star anise-inspired lights.

Focusing on the strong ties between food, wine, art and design, Be Consumed: Creative Collaborations from the Barossa is a project involving craftspeople, artists, designers and producers now showing at the Jam Factory in Adelaide.

Be Consumed explores Barossa culture and the dedication of artists and artisans. The producers – Hutton Vale, Appellation at The Louise, Artisans of Barossa, Barossa Coffee Roasters, The Barossa Valley Cheese Company, Carême Traditional Pastry, FermentAsian, Fino, Maggie Beer, Saskia Beer, Seppeltsfield and Yalumba – each welcomed an artist into their business, to give a sense of what they do and why they do it.

Members of the public are invited to a tasting of all medal-winning wines from the Royal Adelaide Wine Show at the Adelaide Showground this Friday (October 3), from 6m to 8pm.

On Monday and Tuesday this week, chairman of judges Andrew Hardy and team of 23 wine experts – including guest international judge Chris Waters from Canada, a wine journalist, university educator and head judge at the InterVin International Wine Awards – sampled 2843 entries from 363 Australian wineries.

The winners will be announced tomorrow evening at a private event. Among the awards to be presented are the George Fairbrother Memorial Trophy for Most Outstanding White Wine in Show, the Max Schubert AM Trophy for the Most Outstanding Red Wine in Show, and the Gramp, Hardy, Hill Smith Prize for Outstanding Wine of Provenance, which judges three vintages of one wine spanning more than a decade and including the current vintage.

Information and tickets ($70 per person) for the public tasting can be found here. 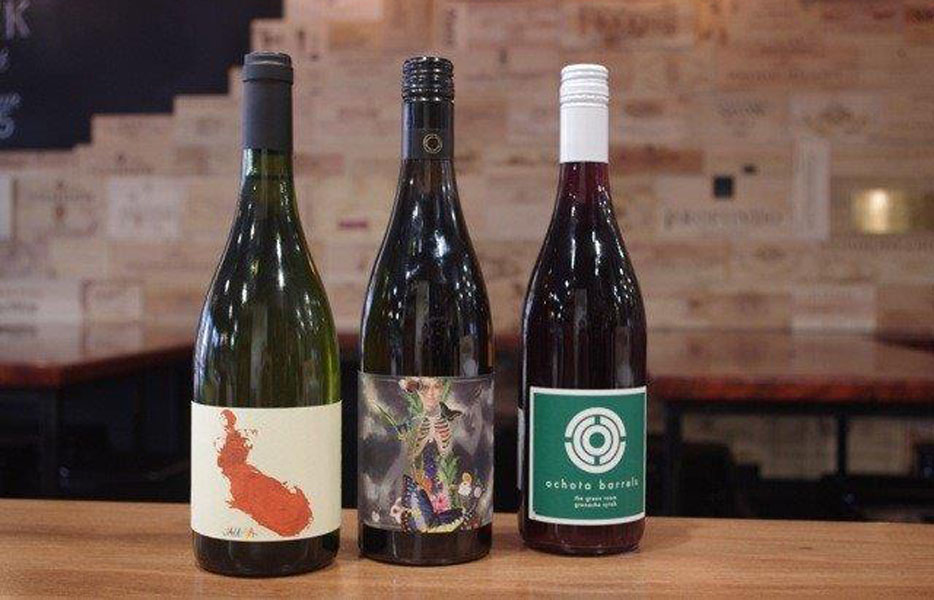 East End Cellars’ Michael Andrewartha has flagged three wines from young SA producers making their mark on the Australian wine scene that he says are perfect for spring drinking.

2014 Jauma Blewitt Springs Chenin Blanc $32:  Winemaker James Erskine’s new release Chenin Blanc is made with some skin contact but the wine is by no mean cloying or overly dry. This wine has notes of fresh green apples, fresh lemons and a touch of ginger. It is juicy and vibrant with a purity that makes it very easy to drink.

2013 Adelina Nebbiolo Rose $29:  There’s a lot going on in this Rose, yet it’s still easy on the palate. The Clare Valley-based team behind Adelina Wines – Col McBryde and Jen Gardner – have a strong love of all things Piemonte and work their magic on some fantastic Nebbiolo fruit. Like a well-trained ninja, this Rose creeps up to deliver a tactile experience of rose petals, musk and gun smoke with incredible texture.

2014 Ochota Barrels The Green Room $34: Taras Ochota has quickly become a legend with his delicious small-batch wines and his infectious personality, which shines through in his wines. While young and fresh, The Green Room (a blend of Grenache and Syrah) shows a great deal of complexity and layers with bright red cherries, black pepper and dried rosemary, and some lovely chalky tannin finishing off the job nicely. 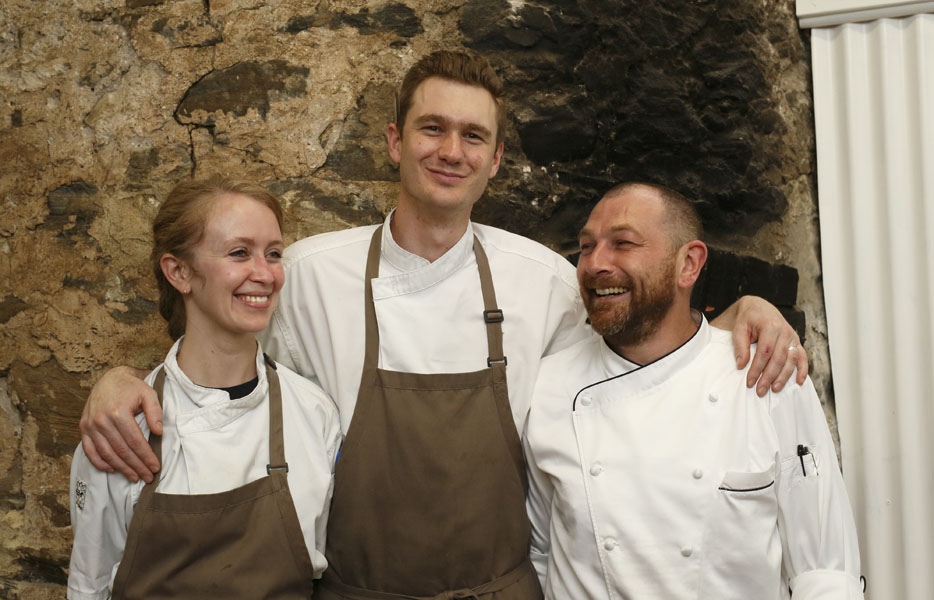 A piece of the famous Lake House in Victoria has arrived in South Australia in the form of husband and wife team Brendan Wessels and Lindsay Durr, who have joined the kitchen at Leonard’s Mill, Second Valley, after working with renowned chef Alla Wolf-Tasker.

The couple have also worked at resorts in South Africa and the Seychelles, catering for the likes of Robert De Niro, Brad Pitt and Angelina Jolie, and David and Victoria Beckham.

So what’s on the menu? Think Parawa pork belly with celeriac and pickled apple and celery; Boer goat in brik pastry with a date, smoke yoghurt and bulgur wheat salad; braised beef brisket with horseradish buttermilk; and buttermilk cream with Ligurian honey and apple. 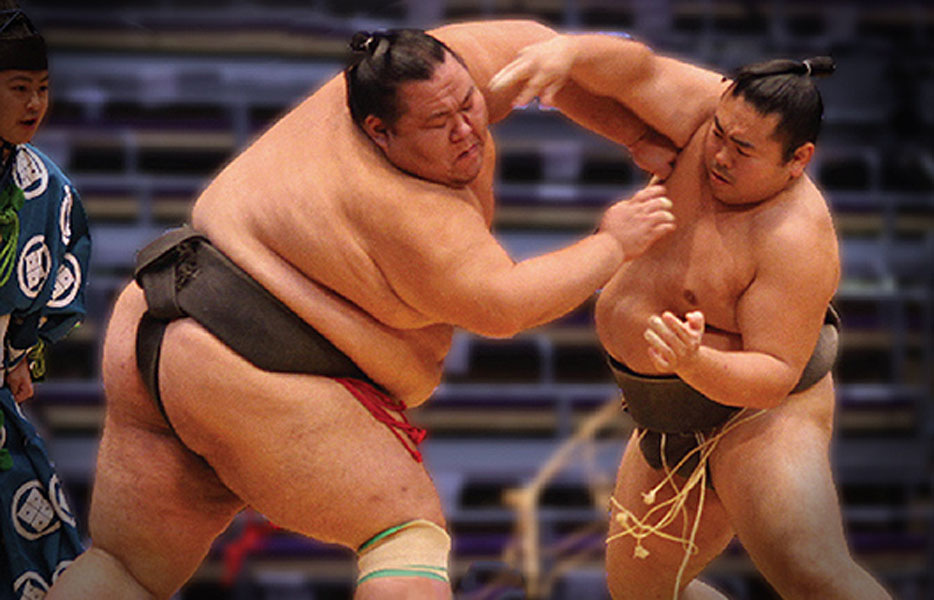 Japanese Sumo wrestling is part of the entertainment at AsiaFest.

Air Asia AsiaFest on October 4 to 6 is a new event for Adelaide bringing together some of the state’s best Asian restaurants and shining a spotlight on the diversity of Asian culture.

Chinese, Japanese, Thai, Korean and Vietnamese street-style eateries will be serving food in a festival-style setting at Rymill Park, alongside cultural entertainment. A highlight of the event will be a Japanese sumo wrestling tournament in a custom-built arena on the site, with the heavyweight athletes visiting Adelaide for the first time.

The team behind the Royal Croquet Club and Little Miss Mexico will present Miss Lee’s Laundry & Bar, a festival bar that is an interpretation of the backstreet alleyways of Hong Kong.

Fork and Vine at the Kensi is a food and wine event hosted by the Kensington Hotel and The Lane Vineyard on October 12 from 12pm to 5pm. Tickets are $80pp or two for $150 and include food, wine, craft beer and entertainment.