In today’s food news, ideas to protect regional food “brands”, a new bar focusing on simplicity, noodles in the Barossa and much more.

The Barossa Trust Mark comes into force this July, with the aim of assuring consumers that the product they are buying is genuinely local and of excellent quality.

Under a Labor promise, other South Australian regions will also get the chance to develop their own version of the “trust mark” to protect the reputation of local produce.

Labor is promising $500,000 in funding for other regions to develop their own way to manage a regional brand. The party is also promising to protect agricultural land in the Adelaide Hills and northern Adelaide Plains by putting a legislated cap on urban sprawl.

“The Trust Mark certification is a fantastic way for producers, businesses and the community to celebrate what their region has to offer,” she said.

In the Barossa, the mark is managed by an incorporated body. The likely first recipients are all trusted Barossa companies and products – such as the Apex Bakery, Linke’s Mettwurst, Rockford Basket Press Shiraz and Maggie Beer Verjuice.

Liberal agriculture spokesman David Ridgway said trust marks were an “honourable goal” he wasn’t convinced the Government’s idea was the best use of $500,000.

“The application of the trust mark approach is difficult,” he said. “I think it’s an honourable goal but I would rather see us build on and enhance the state brand.”

In related news, Labor is also promising to replicate its anti-sprawl measures that have limited the capacity for urban development in the Barossa and McLaren Vale regions. Tourism Minister Leon Bignell said Labor would look at similar protection legislation for the food-producing areas on the northern Adelaide Plains and the Adelaide Hills.

The changes would mean land within the borders of the protection areas could not be subdivided for residential development without Parliamentary approval. Labor hasn’t announced the exact locations of the proposed protection areas.

Ridgway said the Liberals would want to review the results of the Barossa and McLaren Vale protection zones before agreeing to any further application of the concept.

Oenology and viticulture graduate Oliver Brown opened the tiny Grenfell Street bar a few weeks ago (he named it after his red heeler dog Trousers) and has been packing in the customers ever since.

He says the two-storey bar, on the corner of Liberman Close, is a “semi” pop-up. Brown and business partner Edward Hodge are giving the bar business a crack for four months and will decide after that whether to keep going.

The decor, menu and wine list are very simple: a short selection of sparkling, white and red wines has an Italian skew; the food is all Italian platters to share (we like the sound of the porchetta rolls topped with pickled fennel).

Brown says the bar’s philosophy is about simply enjoying good wine with friends in a relaxed environment.

“Going through uni, I felt there was a fair bit of wank around wine,” he said. “I didn’t agree with that – I felt the foundation of wine was that it was made by friends and family in villages, for people to enjoy together.”

Red Trousers, at 220 Grenfell Street, is open from Tuesday to Sunday, 2pm to midnight. 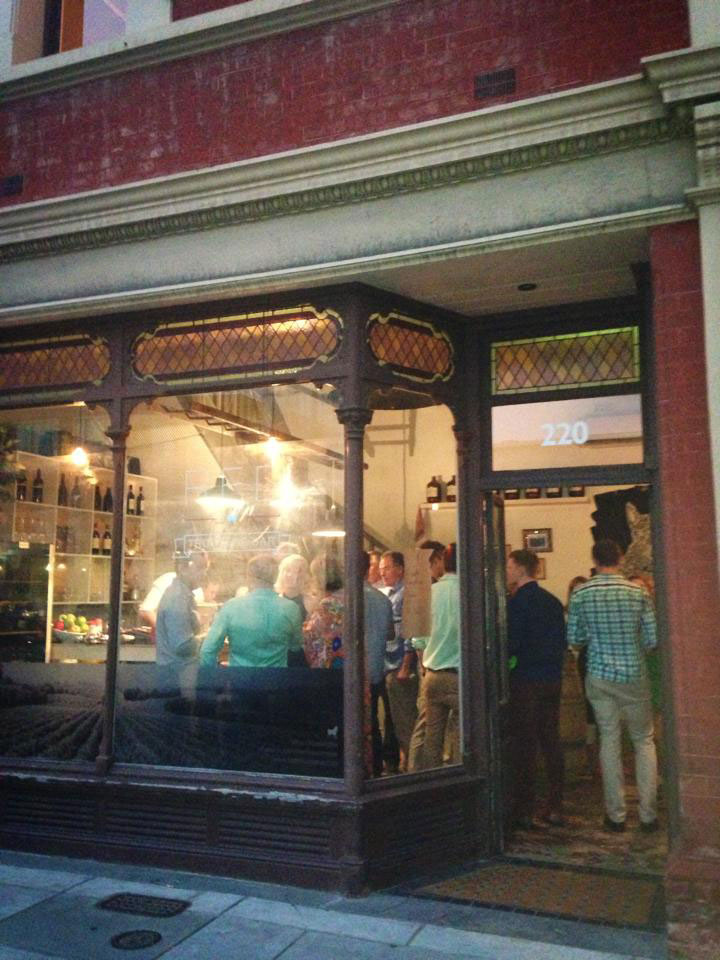 In January, Peter Lehmann Wines just hit the tape first as the pioneer of night noodle markets in South Australia.

This Friday is the second of the events – dubbed the “Bedford Noodle Market” – with Asian street food served off the back of the trucks for under $10 a plate. (Why Bedfords? That’s the way the grapes have been traditionally brought to the winery.)

The trees will be hung with lanterns, and a DJ will create a party atmosphere.

The event starts at 5.30pm at the Tanunda cellar door. If you can’t get to the winery this Friday, the market is on again on March 28 and April 24. 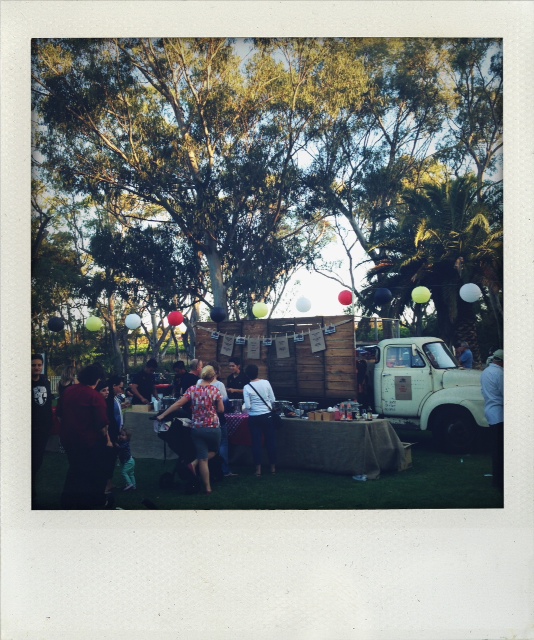 The scene at the first Bedford Noodle Market.

Food is high on the agenda at the Adelaide Festival Centre this week.

After almost a year out of action due to the Torrens footbridge and riverbank redevelopment works, Bistro by the food business at the Festival Centre reopened this week.

The bistro will open only at showtimes to start, but they are promising to open for lunch and dinner once all the construction works have been completed “and the dust has literally settled”. Details at the website.

Meanwhile, anticipation has reached fever pitch for the opening of this year’s Adelaide Festival nightspot of choice, Lola’s Pergola.

Promising a backyard picnic on the ultimate quarter-acre block, Lola’s Pergola opens on the Riverbank this Friday night from 6pm for pre-show drinks and food, and then moving into the night with set-piece dinners, music and more throughout the Festival. Details here.

Young gun chef Stewart Wesson – formerly of Public CBD – is edging closer to opening his own place in the city. More details soon.

Adelaide Hills people are celebrating – fantastic Mt Barker Mexican cafe Sazon Espresso has announced it will be open on Sundays for lunch and breakfast from March 9. The Estrella brothers’ establishment serves the best coffee in the hills, and a range of Mexican snacks and street food.

South Australia now has its long-overdue coffee festival. The Double Shot! Coffee Fiesta will take place on Sunday, March 16, at the Soldiers Memorial Gardens on Unley Road. The free event is part of the 2014 Adelaide Fringe program. Details here.

If you missed last week’s Waymouth Street Party, it’s on again next Friday (March 7). The street will be closed from 4-10pm for food, drinks, music and theatre.  Food will include wood-fired pizza from Barrio Uno; BBQ corn cobs, haloumi and braised lamb shoulder from Georges; squid, risotto and pasta from Manna Café; burgers from Stax and the Union Hotel, and gelati from Cibo. Details here.