The Assyrian culinary heritage hails from a time and a place where women typically didn’t work, and big extended families lived together under one roof. While there were more mouths to feed, there was also more time to spend in the kitchen, and more hands on deck to prepare meals.

Music group Azadoota, which will be performing at the 2014 WOMADelaide, says it is this heritage that gives Assyrian cuisine its hero dishes – colourful stuffed vegetables, impeccably shaped stuffed dumplings, meticulously layered meat and rice, and deftly twisted pastry.

As people have less and less time to cook, Shirwa ooRizza, which translates as “stew and rice”, has become the staple dish of Assyrian cuisine. It is served with basmati rice cooked in a pot, never a rice cooker, in order to get the crunchy “hakkaka” on the bottom.

Iraq-born songwriter Robin Zirwanda, a member of Azadoota, will be cooking the dish below at WOMADelaide’s Taste the World on Sunday, March 9. 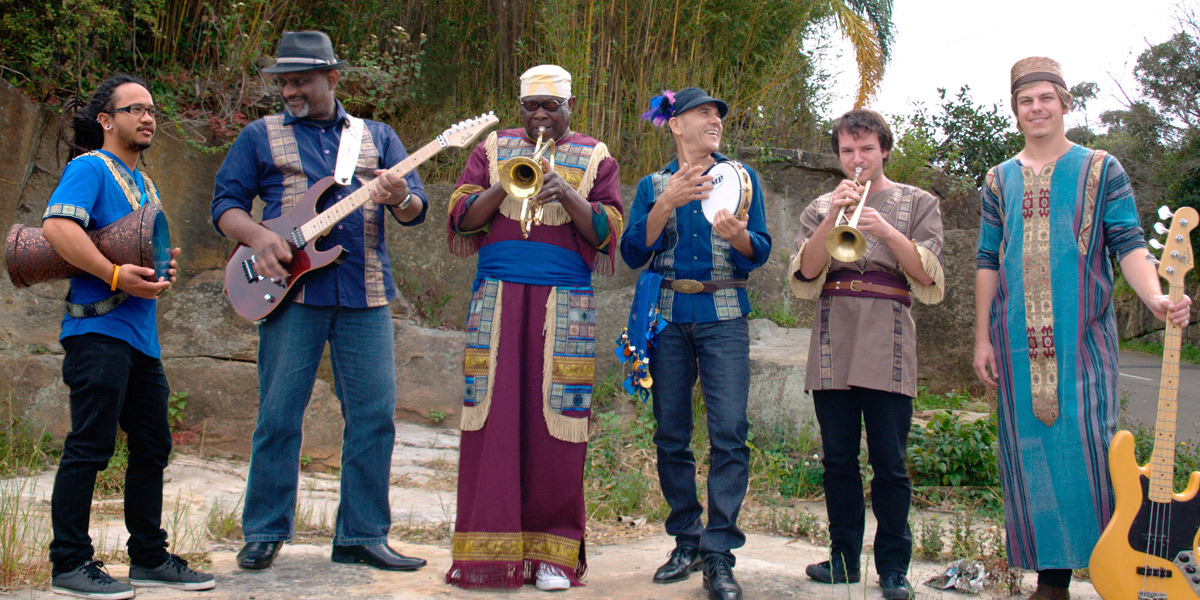 First, soak the rice. Measure it out and put it in a bowl, then cover with cold water to 1cm above the level of the rice. Leave it to soak for at least one hour.

Trim the fat from the lamb chops.  Put the meat (including any bones) into a large saucepan with the cardamom pods and cover generously with water. Bring to the boil then reduce heat and simmer for half an hour.

Slice the eggplant and cut into largish chunks. You can leave the skin on.  Wash the eggplant chunks and leave to drain in a colander for half an hour.

Once the meat is cooked, measure out 3 cups of the lamb broth and set aside.  Then drain the meat, chop into chunky pieces and remove any large or sharp bones.

Find a large saucepan with a lid.  Chop the onion and garlic and fry it in the saucepan, using rice bran oil, until the onion goes transparent.

Add the drained meat, pepper and curry powder and stir until mixed.  Add the diced tomato and the tomato paste.

Add the 3 cups of lamb broth you set aside earlier, and stir until mixed. The liquid should just cover the meat.

Squeeze the lemon into the pot.  Add 2 teaspoons of salt, stir, then bring to the boil.

Put on the lid, reduce the heat and simmer for at least half an hour.

To prepare the rice, boil the kettle.  Cover the bottom of a saucepan with rice bran oil and heat.

Drain the rice that was soaking.

Tip the wet rice into the saucepan and fry it for a minute, stirring constantly so it doesn’t burn.  Add a generous amount of salt (2 heaped teaspoons works) and stir it in.

Add boiling water from the kettle to half a centimetre above the level of the rice. Stir to mix.

Reduce the heat to low.  Put on the lid and do not touch the pot for exactly 35 minutes.

Meanwhile, fry the eggplant in rice bran oil, turning once so it’s golden on both sides. You might have to do this in batches. Remove from the oil and drain on Lebanese bread or kitchen paper.  You could also grill the eggplant if you prefer.

Peel and slice the mushrooms, add them to the stew and stir. Gently add the eggplant and stir it in carefully – you want to keep it in chunks.

Cover the stew and simmer for another 10 minutes or until the rice is ready.

Once the rice has been cooking for exactly 35 minutes, remove the lid, fluff the rice and taste test.  The rice grains should all be separate and al dente; quite dry compared to Asian rice. The rice at the bottom of the pot (hakkaka) should be golden and crunchy.

If the rice isn’t quite cooked, add a small amount of water, replace the lid and give it another 5 minutes.

You can plate the rice (rizza) and spoon the stew (shirwa) over the top, or plate the rice and serve the stew in separate individual bowls, so people can regulate their own ratio of stew to rice.

The 2014 WOMADelaide will feature 15 Taste the World sessions hosted by Adelaide chef Rosa Matto and featuring a range of international artists.