In today’s news, one of Australia’s original celebrity chefs will be coming our way, restaurant openings and closings, two huge food weekends coming up, and the conundrum of school lunches.

Come and get it

Peter Russell-Clarke was one of Australia’s original celebrity chefs, hosting a long-running 1980s cooking show on the ABC and featuring in numerous ad campaigns (including the early ’80s example below, in which he taught viewers to cook scrambled eggs).

The affable Victorian has agreed to be one of the guests at the Adelaide Food and Wine Festival in April, where he’ll not only cook, but engage in his other love – art.

Peter will be the festival’s guest at its “town picnic” in Rymill Park on Saturday, April 12.

“Think egg and spoon races, apple bobbing, a CWA cake stall (thanks to the North Adelaide CWA, which will also host a ‘granny’ craft stall) and lots of great food and wine from local producers,” she says.

Peter will be cooking, doing some live “food art” (he’s an artist as well as a chef) and also taking a class showing people how to cook trout – including boning it, stuffing it and smoking it.

Meanwhile, the festival’s Pozible campaign – where the public has the opportunity to offer financial support – has added a new reward for those donating $60. You’ll be invited to a VIP picnic with Peter Russell-Clarke, including a hamper stuffed with SA produce and a glass of wine. Go here for details.

Carnevale is a celebration of Italian culture and community in South Australia. It’s also the best weekend to eat zeppole – the fried Italian bread that can be served sweet, plain or (our favourite) with anchovies. There’s also porchetta and many other food options. It’s not just about the food, of course, but… Carnevale is on the weekend of February 8-9, at the Adelaide Showground. Go here for details.

This Saturday, February 1, Gouger Street will be closed for the Lunar New Year Celebration and the street will be turned into a mass outdoor restaurant. Tickets for outdoor tables are already sold out, but there will be plenty of street stalls (including food), performances and, of course, Lion dances. Go here for details. 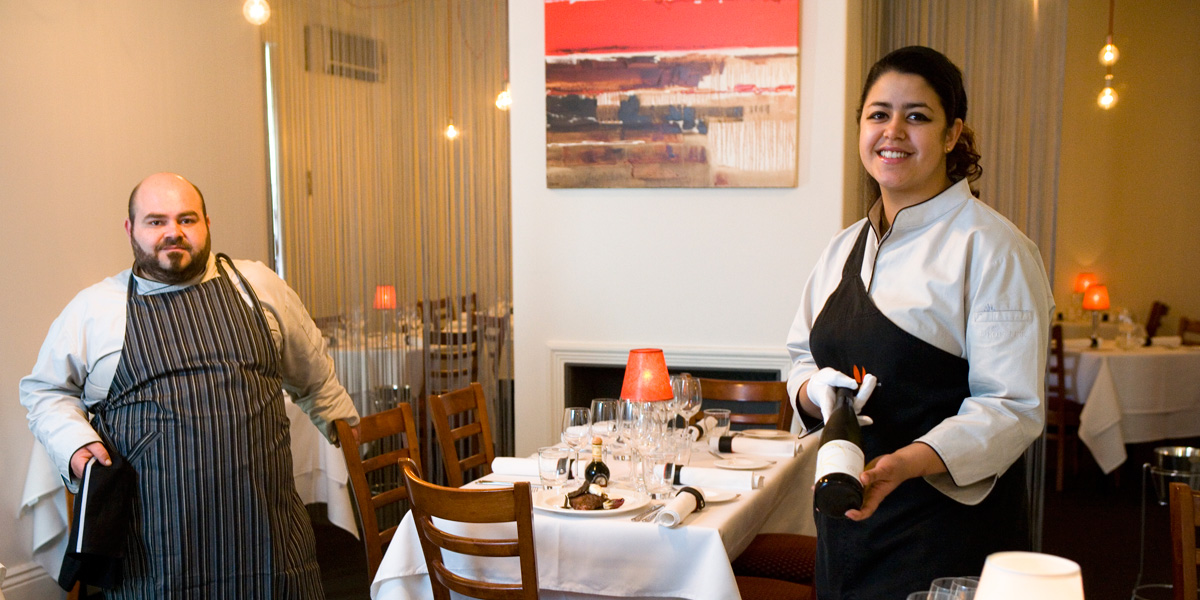 Vince and Lara at Vincenzo’s

The bad news is that Vincenzo’s Cucina Vera has closed – the good news is that chef Vince and partner Lara are likely to be back sooner rather than later. Vince cooks like a dream, and his innovative menu-less restaurant gave him the chance to express himself fully. As our review pointed out last year, the restaurant served a glorious mix of the traditional and the experimental, and all of it was brilliant. We’re sure we’ll see him again soon.

North Adelaide has a couple of interesting places on the way with O’Connell Street pizza joint Tony Tomatoes saying, enigmatically: “Opening soon! but no promises”. It’s by the same team behind Ruby Red Flamingo. Watch the Facebook page for details.

Over on Melbourne Street, Butterfingers is promising plenty of home-baked pies and other treats for breakfast and lunch. Details here.

The paleo food fad will soon have its very own cafe on King William Road in Hyde Park. Check the Paleo Cafe Facebook page for updates.

He disappeared from Adelaide’s restaurant scene for a while, but Kristian Livolsi (Citrus, XO Supper Club) is back. The Taxpayer bar and restaurant has opened on the western side of Victoria Square, serving the very broad range of offerings that so many new places are going for. There’s “street food”, cocktails, coffee and more. Details here. Livolsi himself is in the kitchen.

It is surprising that Australia and Canada – both countries with a strong welfare safety net – don’t supply school lunches to students, unlike the US, the UK, France, some Asian countries and many in Scandinavia.

With school going back this week, we’ve had the usual flurry of school lunch ideas – which always sound well and good, and look fantastic styled and shot by professionals in magazines and newspapers. The reality of a school lunch – once it’s been shoved in a lunch box and carried from place to place for hours (often in hot weather) – is very different.

The result is often that kids find the food so unappetising they don’t eat it, or they turn to pre-packaged processed foods which are less susceptible to school-bag “wear and tear”. It’s not surprising that exceedingly hungry children spill out of schools and immediately turn to the nearest fast-food joint to fill up.

And then there’s the environment for eating lunch. Does any school provide a calm and civilised place for children to eat?

Contrast our approach with that of the French.

There, school children eat at proper chairs and tables, with cutlery, and with plenty of time to digest multi-course, appetising and healthy lunches.

Is it any wonder that obesity is a far smaller problem in France than in countries like Australia?

For those who think this kind of school eating is beyond us, we do have the example in Australia of Stephanie Alexander’s kitchen garden scheme. The flourishing program sees primary school children learn to grow and cook produce straight from their garden. Brilliant.

It’s not providing food every day, but it’s a start.

If you’re not an InDaily subscriber, but would like to receive a weekly emailed digest of our latest food and wine content, sign up here. It’s free. Current subscribers should all receive the Food and Wine Digest every Wednesday.