The ASO’s first concert under the baton of Nicholas Carter as principal conductor designate heralds a new era for the orchestra.

Throughout the program of Wagner, Schumann and Mahler, the orchestra displayed a remarkable cohesion and clarity. There was an almost tangible sense of purpose to the playing.

The concert opened with Wagner’s prelude to Parsifal, written just a year before the composer’s death. This is a beautiful piece that displays Wagner’s more gentle and contemplative nature. 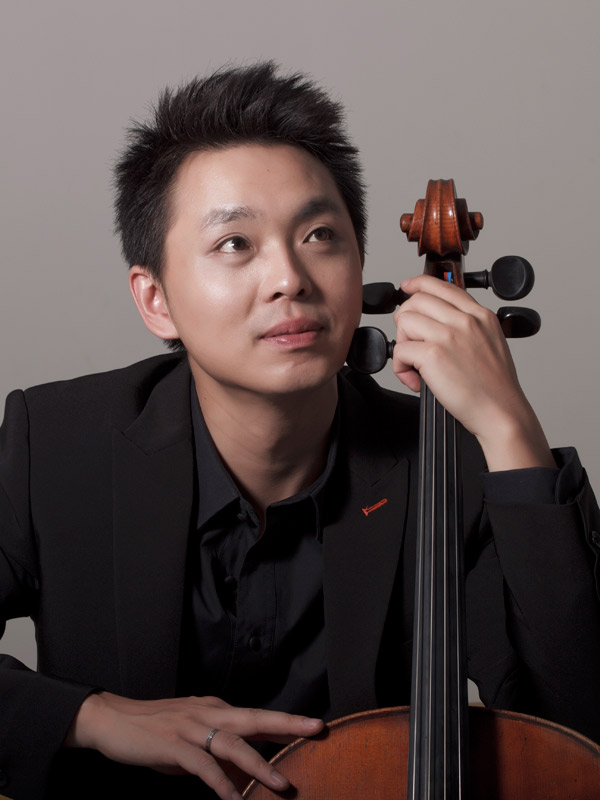 The musicians revealed the emotional depth of the music without allowing it to overwhelm the lyricism of the piece.  Wagner said Parsifal should be played with “the softness and shimmer of silk”, and Carter certainly achieved that.

Cellist Li-Wei Qin (pictured right) joined the orchestra for Schumann’s Cello Concerto in A minor. This is a wonderful concerto with great sweeps and flourishes that allow the soloist to shine.

Li-Wei Qin’s playing was finely tensed with a dynamic elasticity.  The piece was played as a partnership between the cello and the orchestra, rather than a competition for attention.  The soloist’s mastery of his instrument made the technical complexity of Schumann’s “very lively” finale look easy, and he was rewarded with fulsome applause from the house.

The final work was Mahler’s Symphony No 4 in G – an almost sacred work with musings on heaven and the angels.  Under Carter’s baton, the orchestra displayed a clarity with precision in the various orchestral lines.

Soprano Jacqueline Porter joined the orchestra for the final movement, a hymn to innocence and faith.

In all, this was a superb performance by the ASO. It played with excellent phrasing and intonation and a wonderful feeling of unity. I hope to hear more wonderful work under the leadership of Nicholas Carter.

The Adelaide Symphony Orchestra presented Master 5 – Carter Conducts at the Adelaide Town Hall on Friday and Saturday nights. The orchestra’s next concert will be Classics Unwrapped #2, at the Town Hall this Wednesday evening. The next Master Series concert is Schubert 9, on September 11 and 12.