The Translators takes us deep into the high-stakes world of international publishing, following a multinational cast of characters who are all suspects in the theft of a bestselling manuscript before it hits the shelves.

Co-writers Régis Roisnard, Daniel Presley and Romain Compingt have written a gripping and cleverly constructed script, giving the audience the cinematic equivalent of the page-turning bestseller at the heart of this mystery.

The plot centres on the much-hyped release of the third and final instalment of the Daedalus Trilogy, a literary blockbuster that has made the fortune and career of publisher Eric Angstrom (Lambert Wilson).

In a bid to launch the book simultaneously across all global markets, Angstrom has recruited a team of translators and given them one month to translate it. To ensure no information about the novel leaks prematurely, the translators are required to work in a high-security bunker beneath a luxury chateau and are kept under close surveillance and armed guard.

They get to work, only to be thrown into chaos when the first 10 pages of the manuscript are leaked, with the rest of the book to follow if Angstrom refuses to pay a ransom. The publisher, convinced one of the translators is involved, puts the group into lockdown until the culprit is revealed.

What follows puts Agatha Christie in the shade with the story veering from the standard whodunit trope of the closed-house mystery to thriller to heist. Despite healthy smatterings of plot twists, red herrings and third-act reversals, the structure is refreshingly unusual for this genre, with the audience deliciously kept on its toes.

The multinational cast, all high-flyers in their respective nations’ cinemas, give solid performances. Like a literary United Nations, the nine translators mostly use French as the lingua franca, but to assist non-multilingual audience members they (thankfully) have little flags on their desks to help keep the nationalities straight. 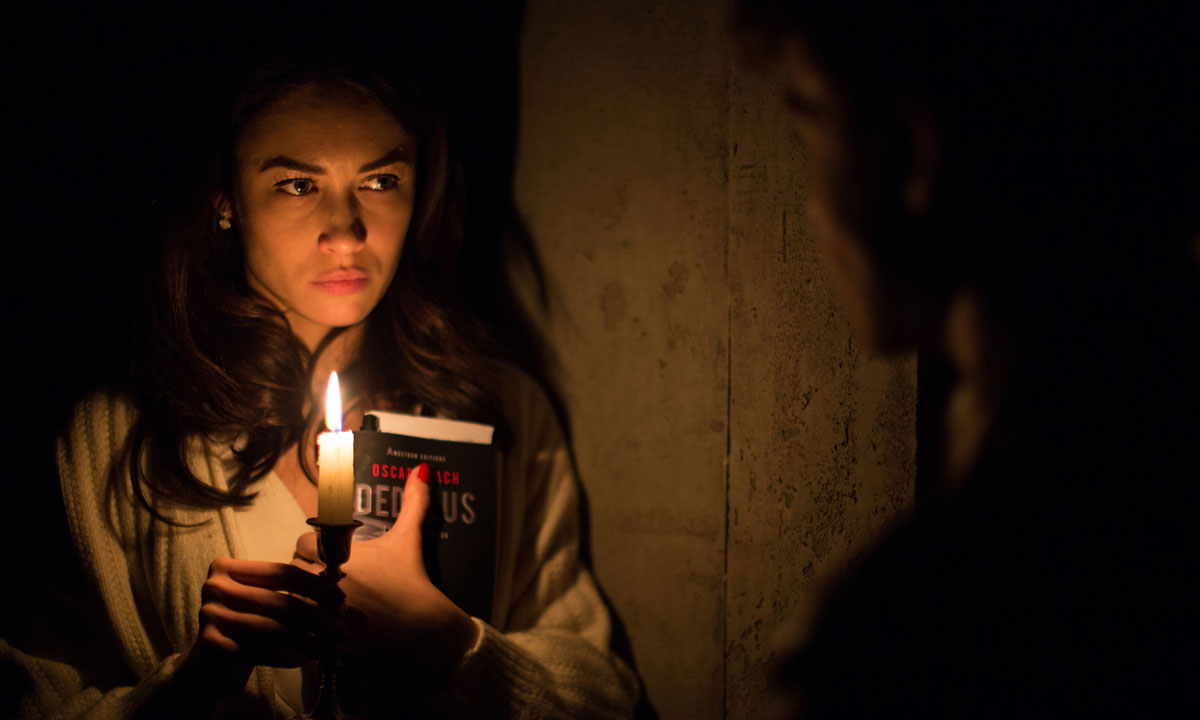 Katerina (Olga Kurylenko), the Russian translator (pictured above), is obsessed with one of the novel’s characters; Dario (Riccardo Scarmarcio) is somewhat clichéd in his flamboyant Italian passion, as is the overtly political Greek translator, Konstantinos (Manolis Mavromatakis), while the Dane, Helene (Sidse Babett Knudsen), is just happy to be away from her family. The kind but uptight German translator, Ingrid, is played by Anna Maria Sturm, the Spaniard Javier by Eduardo Noriega, the punkish Portuguese Telma by Maria Leite, Chen the cool-headed Chinese translator by Frédéric Chau and last, but far from least, the young skateboarding Brit Alex by Alex Lawther.

The last few years have seen the whodunit make a serious cinematic comeback with films such as Knives Out and Kenneth Branagh’s attempts to breathe new life into Agatha Christie adaptations. While this film has a point to make about the commercialisation of the literary arts, it knows when to step aside and not allow the message to get in the way of a cracking story.

The Translators is a thrilling ride which will satisfy lovers of this genre as well as audiences who appreciate a good bookish mystery.

The Translators is showing now at Palace Nova Eastend.