The events that this film portrays will keep working on you, testing your thinking on truth and fantasy, probing where you sit ethically in relation to mental illness, manslaughter and its complicit witnessing.

Based on Helen Garner’s acclaimed 2004 non-fiction book Joe Cinque’s Consolation: A True Story of Death, Grief and the Law, this drama is an engaging response to real events.

Dounoukos and Matt Rubinstein’s script focuses on the behavior of Anu Singh, Joe Cinque and their “friends”.

They pick apart the events leading to the death of 26-year-old engineer Cinque (Jerome Meyer) in Canberra in October 1997, when he was killed by his Australian National University law student girlfriend, Singh (played by Maggie Naouri). He was given an overdose of the date-rape drug Rohypnol, followed by two lethal doses of heroin.

Singh was assisted by her best friend Madhavi Rao (Sacha Joseph) during the various machinations, denials and false starts that led to Cinque’s death, which are examined in the film. In the trials that followed, Rao was acquitted. Singh was found guilty of manslaughter on the basis of diminished responsibility because of her mental state.

Singh’s decision to kill Cinque was plainly the product of her delusional beliefs and disordered thinking. She was sentenced to 10 years and served four, completing her law degree while incarcerated. 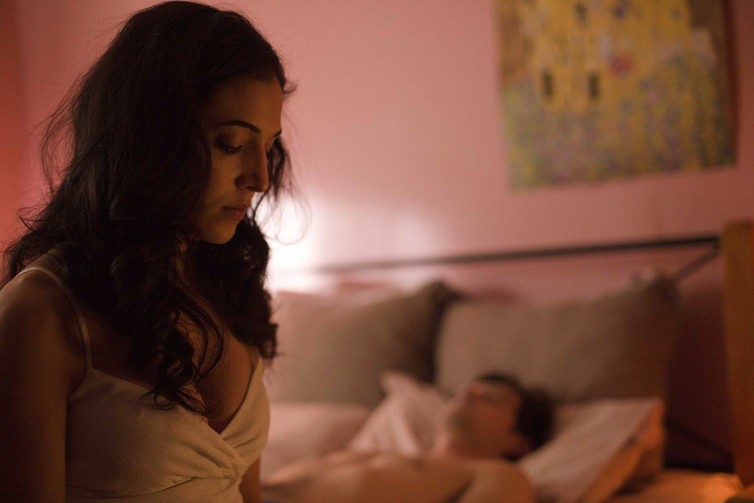 The perceived injustice of this outcome has been working on Joe Cinque’s parents (played in the film by Gia Carides and Tony Nikolakopoulos) since that October day in 1997. It also fuelled Helen Garner, who attended the trials, and whose book was motivated to give Joe Cinque, the story’s victim, a voice and a witnessing. This is his consolation.

Both book and film have Cinque’s parents’ approval, while Singh’s response to the book is less clear. Singh understands herself not to be the same person as the one involved in these events. She has changed, according to the few interviews she has given since 2004.

Garner’s book explored the death, the trial and its consequences. Dounoukos restricts himself to re-performing the events that led to Cinque’s death. He focuses in particular on Singh’s often erratic, delusional behaviour both socially and in relation to her own body.

As viewers, we are the jury now – asked to re-try and weigh up the range of culpabilities of those present.

Singh’s friend Rao organised two dinner parties at Singh’s behest, telling at least some attendees at the first that a terrible crime would be committed. After the first dinner, Anu gave Cinque Rohypnol in his coffee, but did not go through with her plan to kill him and then herself.

After the second party, held days later, Singh administered the Rohypnol and heroin that would kill Cinque.

Interestingly, many of those involved with the two eventful dinners played the train of events as if they were watching a film and did nothing. The two dinners were send-off parties, and several people were told of Anu’s intentions.

All discounted the danger to Cinque’s welfare of this fabricated suicide pact. Many knew but all dismissed such plans as less than real.

Are such dissociative behaviours now becoming a residue effect of our media-saturated worlds?

Today, our mobile accessibility to screens in multiple places at once enables us to enter and leave worlds at will, to cross between public and private space, between real and fantasy. Such digital mobility may have been incidental in 1997 but such seamless digital slippages between facts and fictions now frame and temper any audience’s ability to place and unpack the gaps between the real and the imagined. Dounoukos and Rubenstein’s script takes full advantage of this situation.

The film begins with the unnerving evasive emergency call made by Singh for an ambulance to attend Cinque’s drug overdose, while he lies dying in their Anhill Street duplex in Downer, a Canberra suburb. This sound-bite is repeated at the film’s end (a bookended structure reminiscent of Michelangelo Antonioni’s 1957 feature Il Grido), and a call by then loaded with all the emotional baggage that the film has gathered along its way. 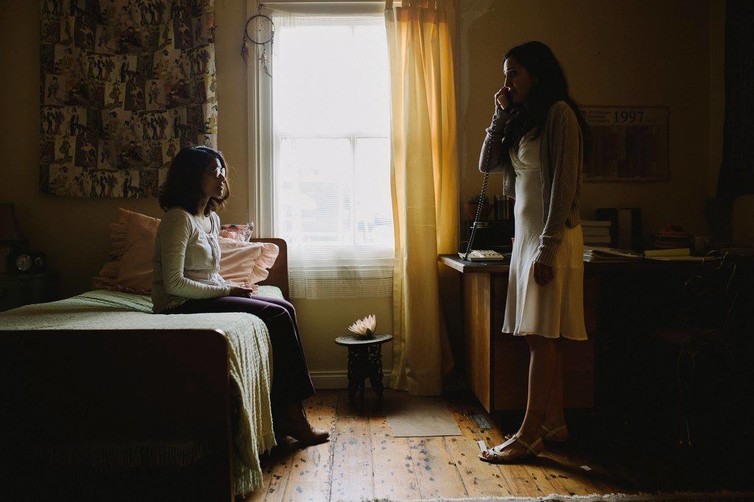 In the end, this is an engaging drama, not a documentary with an ethical allegiance to fact. It is a mature and intelligent film, mining ambiguities through the behaviour of its characters.

It is riveting Australian cinema with a heightened sense of tension and implicit violence throughout, yet without any car chases or punch-ups. This is the kind of relentless hidden violence that is all the more effective because of its invisibility.

That it is violence perpetrated by women adds another compelling wrinkle to the tale. How it is covered over, played out through hesitations, innocent coercions, what is not said and what is not acknowledged and how all this is expressed are the pearls delivered in this fictionalised re-telling. This maps trauma’s landscape.

And the death is a traumatic event, not only for those involved at its centre and margins but culturally, bringing culpability for killing and mental illness and its legal definitions together in a perfect storm.

Traumatic events, by definition do not make sense and often come back in flashback form, looking for a framework or context that enables biography, story and history to form.

On a cultural level, Dounoukos’s latest iteration cannot be the last word. This drama on the social manners of denial invites us to think productively about bigger questions while we are being entertained.

I will leave the last enigmatic word on the relation between horrendous behaviour and story to the philosopher Slavoj Žižek. He is not interested in the words we concoct to explain our actions.

We construct narratives ourselves basically to cover up, to justify, to render us blind for the horrors that we are doing in reality.

This is an insight that the film brings to life.

Dirk de Bruyn is Associate Professor of Screen at Deakin University and author of the book The Performance of Trauma in Moving Image Art. This article was first published on The Conversation.