The only thing that Tommy Emmanuel loves more than playing guitar is playing guitar for someone else; he is a very generous performer and his two-hour performance is an evening with a guitar god.

Emmanuel chats occasionally but his style is to launch into a number without introduction and then move into the next one. His Adelaide show begins with a rendition of “Countrywide”, his head and feet moving in time, his shoulders dancing.

For the next two hours we are treated to bluegrass, blues, folk, rock, classical and boogie guitar, as he moves effortlessly between the styles. Emmanuel is a one-man band and he demonstrates at one stage how he can play bass, rhythm, lead, drums and percussion on one instrument; it often sounds as though there is a full band on stage.

He is a charming and funny, erudite and poignant performer, especially when playing an exceptional version of “Somewhere Over the Rainbow” as a tribute to his brother Phil, who passed away earlier this year, and then “Sail On”, the song Tommy wrote for him. The melodies are ethereal and universally appealing, and the sense of peace and calm within the room is sublime.

Among the numerous highlights was a Beatles medley in which familiar riffs and rhythms were given the Emmanuel treatment but still entirely recognisable: it was one genius saluting a band of geniuses. There were also songs from his new album, including “Fuel”, which was written on a train in Europe and has an X-Files, sci-fi feel.

For the one-night-only festival show, Tommy Emmanuel had two guests – Richard Smith and Pedro Javier Gonzalez – and when they played in duets it was evident the men had immense respect for each other’s musical ability. 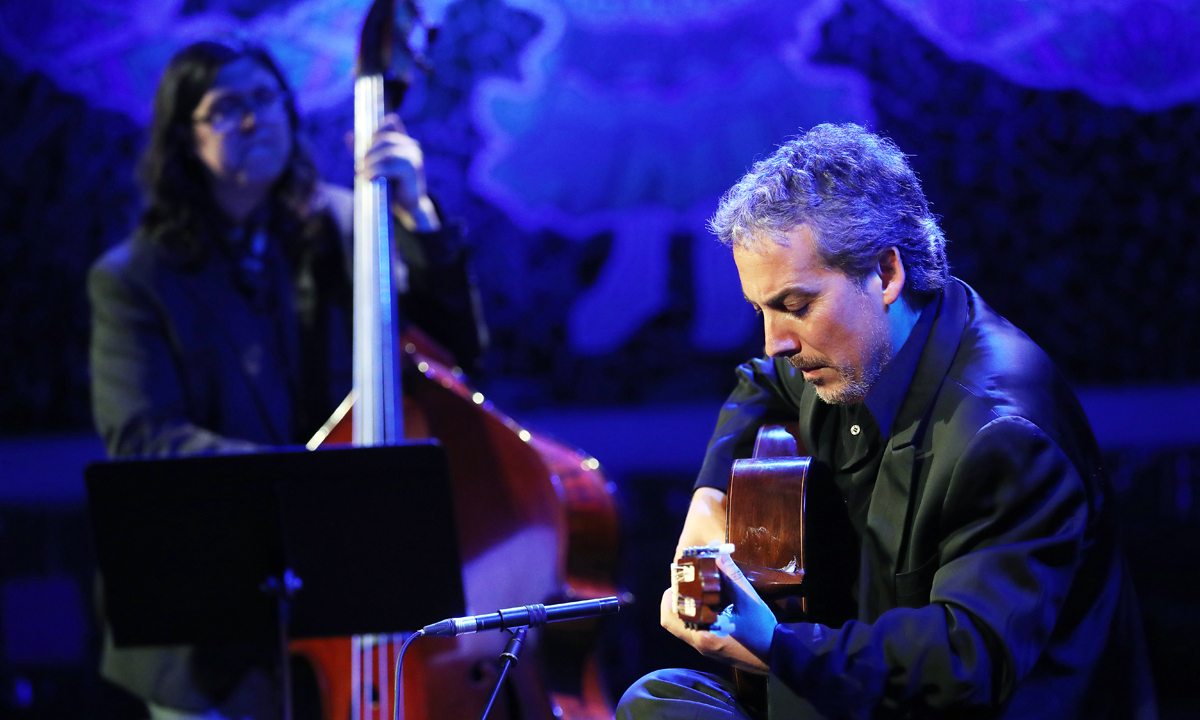 Gonzalez and Emmanuel’s performance of Mark Knopfler’s “Sultans of Swing” rocked the Festival Theatre, and the audience loved the take on George Harrison’s “While My Guitar Gently Weeps”.

Emmanuel’s fingers fly up and down the frets at an incredible pace, he picks the most delicate and gentle tunes, he strums the most incredible rhythms and he occasionally plays the guitar as if it were a percussion instrument.

Tommy Emmanuel and Friends was an exceptional evening of brilliant guitar playing. Standing ovations led to a beautiful encore of gentle tunes that left the audience uplifted and totally satisfied.

The Adelaide Guitar Festival continues until Sunday. Pedro Javier González is performing again tonight at the Space Theatre with Brazilian guitar player Chrystian Dozza, while Richard Smith will be joined by Tony McManus for a concert in the Dunstan Playhouse.