Forty years after his death and almost 90 years after he began work on the manuscript, JRR Tolkien’s translation of the English language’s oldest epic poem, Beowulf, is to be published next month by HarperCollins.

An unparalleled publishing event, the posthumous release by one of the world’s most treasured writers is destined to be an immense bestseller, as with all of his countlessly translated and reprinted works, strengthening the case that he’s one of the most influential authors of all time, on par with Dickens and Tolstoy. 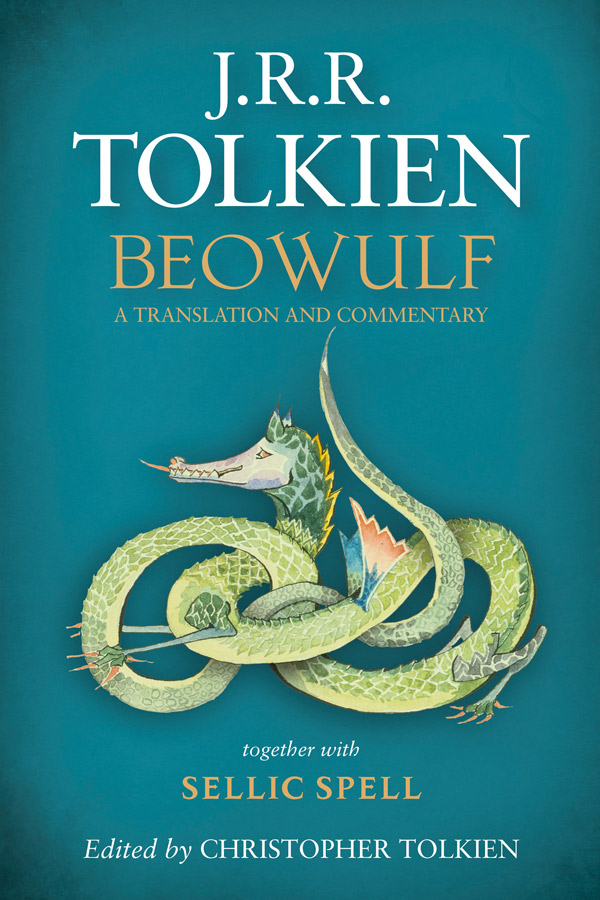 Beowulf: A Translation and Commentary is due to be published by HarperCollins on May 22.

The new offering is edited by Tolkien’s son Christopher, almost 90 himself, and the literary world is abuzz with anticipation. It seems readers can’t get enough of one of Britain’s mightiest scribes. After all, his Middle Earth saga is one of our most enduring tales, inspiring countless imitations, reprints and a fair few adaptions, too. The five Peter Jackson films to date have scooped more than $5 billion between them in box office sales alone; that’s before taking into account DVD sales and other licensed merchandise, including action figures.

The second best-selling book of all time, The Lord of the Rings is beaten only by Charles Dickens’ A Tale of Two Cities and, in fairness, the latter had a 100-year head start. Originally published in 1954, the Rings tale picks up on threads sown in 1939’s The Hobbit – which has sold more than 100 million copies worldwide. It draws from the rich tapestry of Beowulf, among myriad other influences, including the Nordic Völsunga Saga and the Finnish Kalevalaa, as well as major historical occurrences like the industrial revolution, which ravaged great swathes of Britain’s idyllic countryside, and the Great War.

Although The Lord of the Rings was published after the conclusion of World War II, it was while serving in the hellish trenches of that first great cataclysm that an indelible mark was left on Tolkien that would sow the seeds of Sauron and Mordor and the unexpected journey of a band of naïve hobbits.

This influence is catalogued in academic and author John Garth’s Tolkien and the Great War.

“It really did shake the modern world,” Garth says. “Tolkien’s writing is, if you like, a dialogue with the modern world and it’s very, very concerned with the loss of ancient certainties, dealing with sudden, frightening change and how to keep your courage when all odds seem to be against you.”

There’s a timelessness to that struggle that goes some way to explaining the enduring popularity of Tolkien’s greatest work, which Garth argues will outlast even the popularity of Jackson’s incredibly successful filmic adaptations.

“Tolkien provided a phenomenal story for Peter Jackson to adapt,” Garth says. “Whatever you think of the films, for or against, they did bring that story fairly intact, in the case of The Lord of the Rings, at least, for a very wide audience, including the kind of people who would never read a 1000-page novel.

“They capture some of the spirit of the books, particularly the sense of having to maintain your morale against insuperable odds.”

As popular as the film franchise may be, including the notably less faithful recent adaptations of The Hobbit, Garth argues that Tolkien’s original text will outlast them all.

“The films, at one point, will start to look dated,” he says. “One of the wonderful things about Tolkien’s writing is it was never of its era precisely. For all that it captures a certain underlying mood that is very contemporary, it is full of deliberate archaisms and it is about a quasi-mediaeval world. It was never Evelyn Waugh or Graham Greene.”

Garth argues that Tolkien’s ability as a writer is often underestimated.

“He was a master of multiple styles of descriptive writing and was quite capable of dealing with psychological issues, although that’s particularly overlooked. People tend to dismiss his characters as black or white. If you read The Lord of the Rings, you will read a tremendous medieval-style epic of war, but you will also read the story of [Frodo and Sam’s] very psychological journey into nightmare.”