Fans of Norwegian crime writer Jo Nesbo will know the whisky-soaked journey to hell and back that his craggy hero Harry Hole has been on over the past decade or so. The detective has battled with alcohol and drugs, he’s travelled the world in pursuit of evil-doers, been threatened and scarred, honoured and disgraced, promoted and demoted. He’s found love – a wife and son – lost it, then found it again.

Cockroaches doesn’t advance the story of Hole; rather, it takes readers back to the beginning – almost. It is Nesbo’s second novel in the series, the sequel to The Bat, but the last of his 10 best-selling titles to be translated from Norwegian into English.

For newcomers to the stories, the author’s website offers an excellent introduction to Harry (there’s even a CV), describing him as a lone ranger and anti-hero who is “both the most competent detective of the Oslo Police and the worst civil servant”. 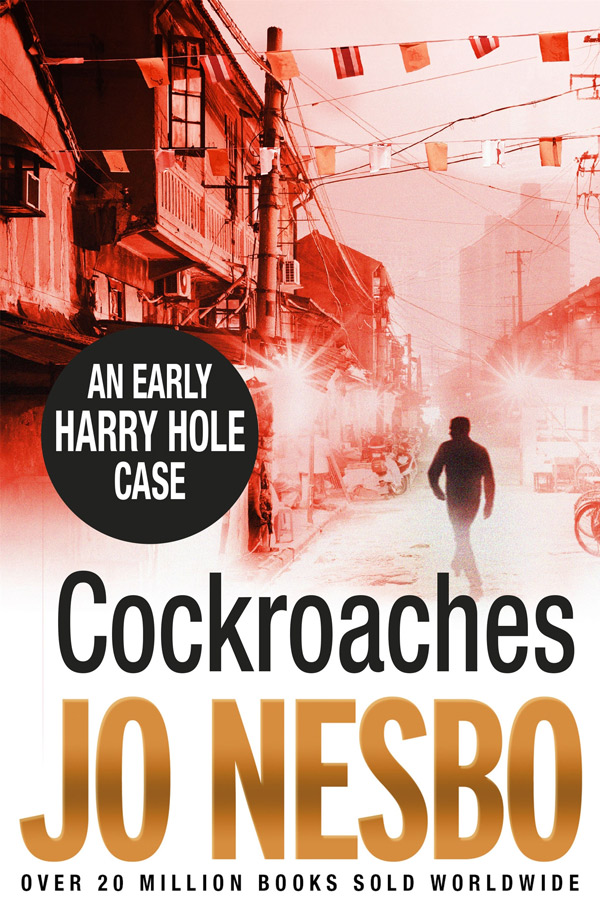 In this outing, he is dispatched by his superiors to Bangkok to investigate the murder of the Norwegian ambassador to Thailand, who was found stabbed to death in a seedy motel where he was rendezvousing with a prostitute playing the character of a famous ice-skater. With the Norwegian Foreign Office taking a keen interest in the case, it’s made clear from the outset that part of Hole’s job is to minimise any scandal – which might be tricky, given the circumstances of the death.

As Harry tries to learn more about the Ambassador from his family and infiltrates the expatriate community in Bangkok, he realises many people are keeping secrets and the case might be much bigger than first thought. Go-go bars, dodgy businessmen, opium dens, child exploitation … where will it all end?

While slightly less complex than some of Nesbo’s later novels, Cockroaches is an absorbing read that depicts well the seedy side of Bangkok and features a ragtag bag of interesting characters, most notably Detective Inspector Liz Crumley, a bald and ballsy American who is Hole’s chief ally in the Thai police force. And, of course, there’s Harry, who may either distinguish or disgrace himself, depending partly on whether he can make it to the end without succumbing to the lure of the whisky bottle.

If you enjoy crime, and especially Scandinavian crime, I highly recommend you do yourself a favour and discover Jo Nesbo. If you’re already a fan, Cockroaches won’t disappoint.