A chance meeting between Libby and Declan, high on Edinburgh’s Salisbury Crags at sunset, is the catalyst for a relationship that forces them to fight for the voice each believes they are entitled to claim as their own.

Living back home with her alcoholic mother in New Town, 41-year old Libby (Shauna Macdonald) is mourning the end of her writing career. She used to think art and stories could change the world, but her talent has stagnated and she’s no longer enjoying the success she once had as a London playwright.

In desperation, she heads to the cliffs on the outskirts of the city and prepares to put an end to her misery.

Declan (Angus Taylor) is 17. His housing estate home is a world away from Libby’s middle class existence but he, too, has come to the crags to escape — it’s a secret spot where he can draw in peace. It’s his retreat from empty days and a hostile stepfather.

When Declan lunges to stop Libby from taking her final step, he doesn’t realise it’s the start of a friendship that will change both of their lives.

After spotting one of Declan’s drawings, Libby is impressed by the boy’s abilities and pushes to learn more about his life. She’s energised — soon he’s the inspiration for her to start writing again, and she realises his story could be the basis of a new work. It will be a chance for her to make a difference, to highlight the poverty and struggles experienced by those without power or privilege. 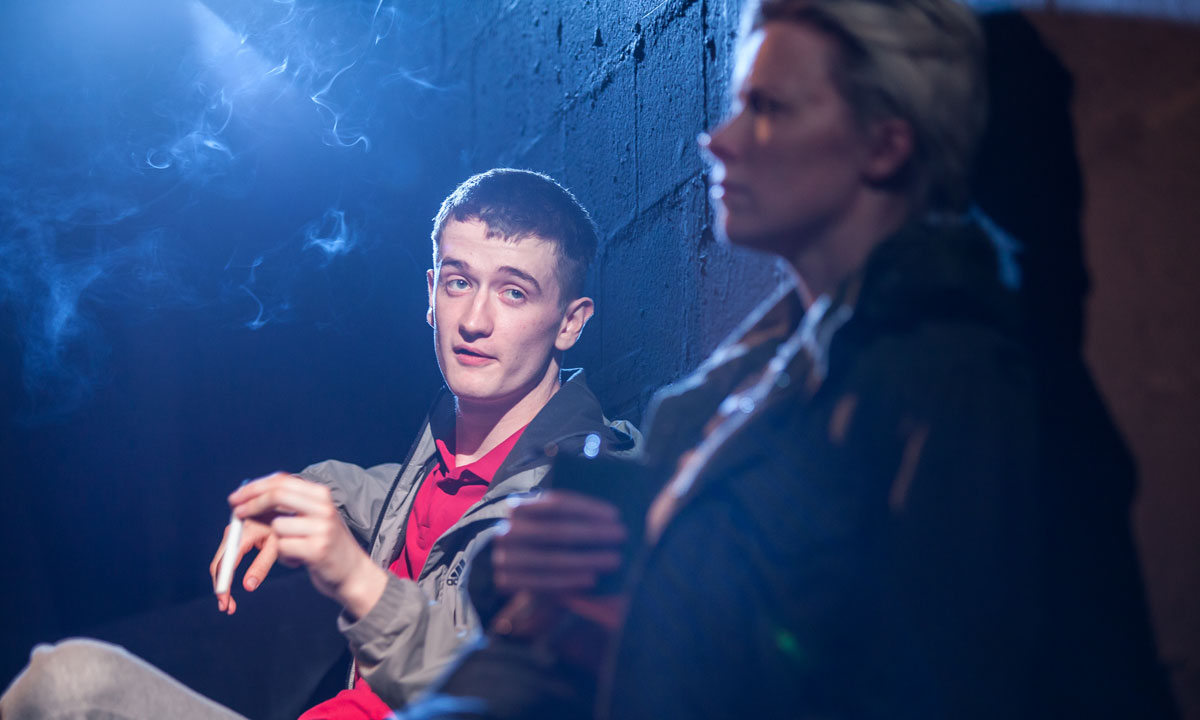 Mouthpiece was written by Kieran Hurley and is presented by Traverse Theatre Company (whose play Ulster American 2019 featured in last year’s Adelaide Festival). Hurley, a writer, performer and theatre-maker based in Glasgow, has had works performed internationally as well as within the UK and has won awards for his plays Square Go, Heads Up and Beats. In Mouthpiece, he has created a clever, funny and at times brutal drama that dissects the marginalisation of voices by an arts industry that overwhelmingly favours the well-off and well-placed.

Both performers are exceptional. Macdonald (The Descent, Star Wars: The Last Jedi, Spooks) reveals Libby’s complexity as she struggles with her feelings for the young man and her attempts to justify her treatment of him. Taylor’s Declan is a sensitive, anxious ball of energy, devoted to his wee sister, Siân, and convinced of his own worthlessness. It’s a performance so powerful it’s hard to believe Taylor (Three Sisters, A View from a Bridge, A Midsummer Night’s Dream) is still in his third year of the BA Acting course at the Royal Conservatoire of Scotland.

Much of the action takes place on oversized steps within a giant, white frame. From time to time, Libby steps out of this space to sit at a small red table as she delivers brief lessons on the conventional approach to constructing a play’s narrative. This gives us an idea of which direction the story will take but doesn’t hint at the ingenious and exhilarating ending.

Where is the line between artistic integrity and misappropriation? Mouthpiece, winner of the 2019 Carol Tambor Best of Edinburgh Award, is a satisfying, deeply affecting attempt to answer this question.

Mouthpiece is showing at Odeon Theatre until March 14.