If you haven’t previously heard of this Austrian band, hear this: founder Marcus Füreder, aka Parov Stelar himself, is credited as originator of the modern “electro swing” sound. He’s best known as a DJ and producer, but getting a live band together was a huge step towards international stardom.

Having played around the world at festivals like Coachella and Glastonbury, the band took to the stage on Friday in the Adelaide Festival’s 2020 contemporary music venue The Workshop – a space once used for building theatre sets in the “unexplored depths” of the Festival Centre.

They commanded attention from the sold-out crowd as show highlights kept melding together, making the performance not only an audio feast but also a visibly animated one.

You’d have been hard-pressed to take your eyes off the horn section’s synchronisation, with saxophonist Sebastian Grimus, trumpeter Marc Osterer and trombonist Jacky Mayr also taking turns in starring roles, thriving on that “go-cat-go” momentum.

The same could be said of vocalist Elena Karafizi’s sultry exuberance – she has a huge voice to match her stage presence. And when Michael Wittner on slap bass/guitar took the spotlight, the place nearly blew up.

Willie Larsson might have been tucked away behind his drums, but we also heard him loud and clear. 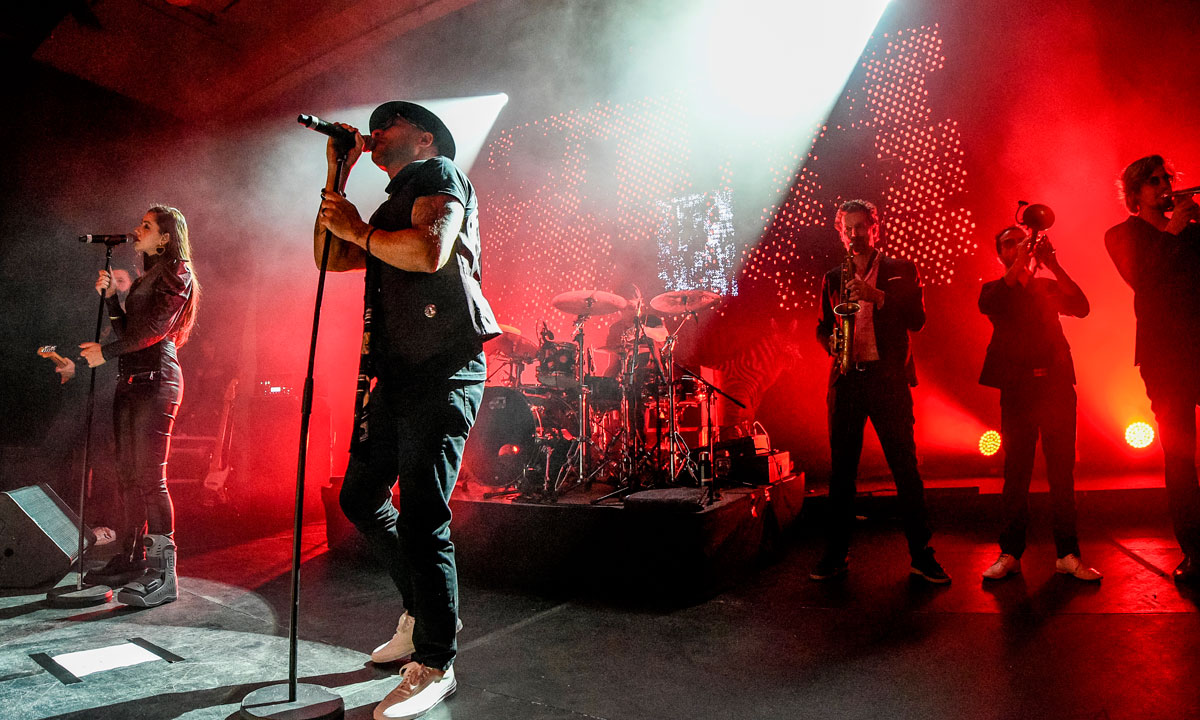 I’m not too sure about the suspended jungle animals in the Workshop – which really feels like a very large box – but the light show was an excellent backdrop to the infectious beat. Like so many others around me, I found it almost impossible to keep from moving, although a few grumpy audience members gave it a go, possibly upset there wasn’t any seating available.

This is Adelaide, home of the “can you sit down, mate, I paid for this seat” crowd, so there is something novel about the space, encouraging mass bop and boogie to vintage jazz with electro beats.

This was the last stop for a three-city Australian tour. Would they have come here if it hadn’t have been for Festival? Doubtful. So thank you, Adelaide Festival – love your work.

Parov Stelar Band played one show only in The Workshop at the Festival Centre. Other acts playing in The Workshop over the Adelaide Festival include Vince Jones and the Heavy Hitters (March 7), audio-visual artist Robin Fox (March 6), Lisa Gerrard & Paul Grabowsky (March 13), Clare Bowditch (March 11) and Didirri (March 14).