Tehran-based Verbatim Theatre Group tells stories using the actual words of real people, so there is a great authenticity in its work. The harrowing stories shared in director Nazanin Sahamizadeh’s Manus are based on interviews with Iranian asylum seekers on Manus, and are performed emotionally by each of the cast; only a brick wall would fail to be moved by the refugees’ plight.

In the dark, a row of people sit on red jerry cans and as a searchlight gradually seeks them out, one by one, they give us snippets of their lives before and after they became refugees.

The picture these individuals paint of their treatment on Manus is very different to that offered by some of our politicians. They may be free to walk into a township, but unlike in a prison, they are allowed no visitors.

The stories shared in the play clearly indicate that the refugees have acutely felt deprivation and a loss of their dignity; that they have been treated as if they were not human. We’re told of women subjected to violence and rape, and men beaten severely by guards.

When rain falls, the actors have to recite their speeches in water and puddles which gives the audience some idea of the humid, oppressive conditions of their living quarters. 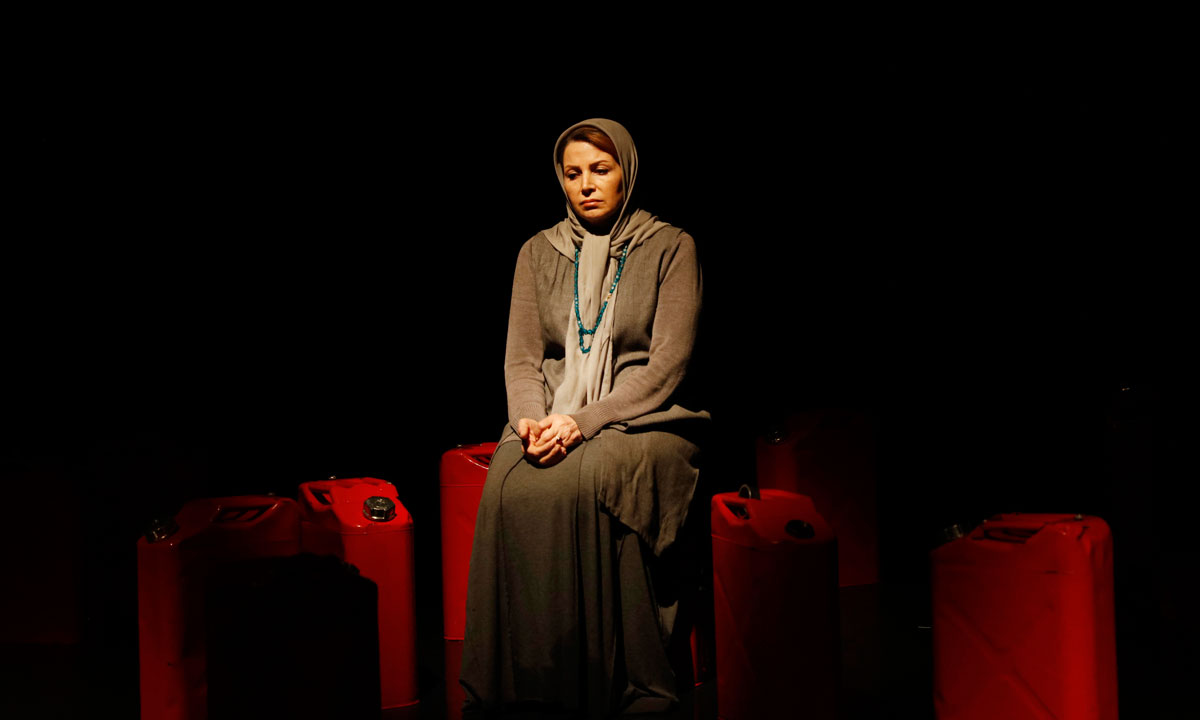 Occasionally effective videos are projected onto the actors’ clothing or the jerry cans. A snippet of Malcolm Turnbull reveals his lack of knowledge of what was really happening on the island; a figure explains that no refugee who comes by boat will ever settle in Australia, and there are glimpses of the 2014 riot and violence which is frightening in its  severity.

The story of Omid, who covers himself in petrol and sets himself alight, is gripping and horrifying, as is the information that he may have been saved if he was airlifted to Australia in time. Manus puts into perspective the current debate about bringing refugees to Australia for medical treatment.

This is one of a number of productions on this year’s Festival and Fringe programs that tackle pressing topics of contemporary relevance, in particular the treatment of refugees, and the arts community generally should be taking part in the debate surrounding this issue. Manus is a particularly powerful production that needs to be seen and will have a great impact on Australian audiences.

Manus, performed in Persian with surtitles, is being presented at the Main Theatre, AC Arts, until March 10. See more Adelaide Festival stories and reviews here.