Through the ages, elderly, isolated and foreign women have been targeted as witches and marginalised, hanged or burned to death as a result of ignorance and prejudice.

This co-production by Adelaide’s Windmill Theatre Company and Scottish company Imaginate presents Baba Yaga (Christine Johnston, of The Kransky Sisters) as an eccentric older lady who lives on the top floor of a lodge.

She is dressed in a vivid yellow costume that is something between a banana and Carmen Miranda, and her characterisation is that of a fairly typical witch – not with a long nose, hunchback and broom, but with a menacing face, grimaces, a look of malevolent intent and the occasional inference that she is a cannibal.

Chris Edser’s animations – which are very effective, appealing and interesting – also suggest that Baba Yaga is able to transform herself into the guise of animals and use magic. Hence the implication to the audience is that she is a sorceress.

Elizabeth Hay is sweet, energetic and engaging as Vaselina, the young concierge of the building where Baba Yaga lives, and who is hounded by residents who complain loudly about all aspects of their abode. 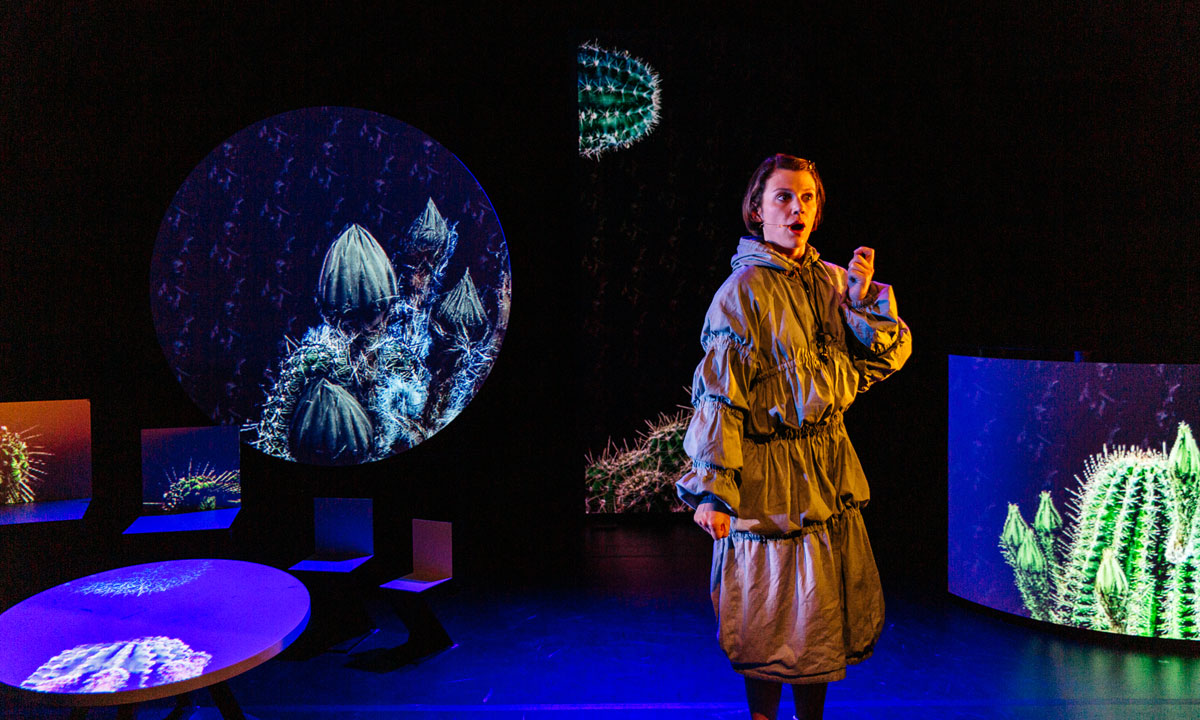 In the original folktale, children escape from the witch by succeeding at three tasks with the help of animals who have been abused by the old lady. This story takes Vaselina on a trip to the jungle, the stars and a mountain top.

In line with modern philosophy, Baba Yaga inspires Vaselina to be whatever she wants to be – in her case, an ice skater. There is no sense of quest or conquest, and this reduces the feeling of excitement in her transformation; rather, a series of things happen to Vaselina which change her life, largely due to the suggestions made by Baba Yaga.

Baba Yaga begins with an attractive pre-set and a quick snap to a new location that builds anticipation, but the overall experience proves to be somewhat uneven: the two cast members are very good yet their performances, paradoxically, are stereotypes and they are almost in competition with the technology rather than in harmony with it.

Aimed at children aged around seven to 12, Baba Yaga was first presented at the Edinburgh International Children’s Festival and is being shown at the Queen’s Theatre as part of the Adelaide Festival program. In the theatre foyer there is an imaginative pop-up jungle created by SA artist Fleur Elise Noble where young audiences can express themselves in artwork.

Baba Yaga is being presented at the Queen’s Theatre until March 6 as part of the Adelaide Festival program. See more Festival stories and reviews here.