The Swiss artist’s exhibition of video portraits and stories, 21: Memories of Growing Up, will be on show at the State Library of SA’s Institute Building throughout the Adelaide Festival, offering people the chance to watch around 70 interviews.

The youngest interviewee turned 21 in 2015; the eldest, Frau Zirkelbach, had her 21st birthday birthday in 1939 in Frankfurt where she worked as a clerk at a former Jewish bank at the start of World War II.

“It is all about stories: everybody has one and wants to tell it,” Staub tells InDaily.

“We all feel stories around us, so we get very close to people that we don’t know. And in the same moment, while listening to other people, our stories and memories come up and we think about them.”

Staub began his project with older people in Germany, choosing the age 21 because it was when the participants had legally become adults.

His exhibition now includes portraits of people from Austria, Switzerland, England, Holland, Serbia and South Africa. New ones are included in every location the installation visits, with eight to be added in Adelaide.

“Stories about a person’s 21st year convey both the shared experiences of a generation as well as private circumstances and events, which despite their differences, give an accurate snapshot of a period in time,“ Staub says.

“At the same time, reports – about leaving home, a first job or a first love – arouse memories in the minds of the visitors of decisive events in their own lives.”

He says all the video portraits are affecting, not necessarily because they share “spectacular stories”, but often because they are about love, birth, death or some seemingly minor event that, in hindsight, triggered a big change.

Three months after recording each interview, Staub visits the interviewee again and films them listening to the edited audio. Their reactions add to the intimacy of the exhibition experience, as can be seen in the trailer above .

Frau Zirkelback has tears in her eyes as she sits listening to herself recounting how it was to experience the pogrom in 1938, and to live under the Nazi regime.

“She was in love with a colleague from work who was half Jewish and therefore this love was not possible,” Staub says.

“And she was really astonished, [at] how much memory she had about her feelings in those days.”

She listened to the story of a British man who came from a poor background and played drums in a punk band, but whose life changed direction completely at 21 when he became apprenticed to an Italian tailor.

“He talks about sitting at home watching the television, pushing needles into his fingers so that they would bleed and callous in order to toughen them up for the job of being a tailor.

“The passion that his mentor has for his vocation of being a men’s tailor is so infectious and so extraordinary that he becomes completely obsessed by it … he says your skill gets greater and greater and becomes easier with endless practice to the point that you end up being able to go into a kind of zen-like state.”

Now, the man is head tailor at Paul Smith in London. 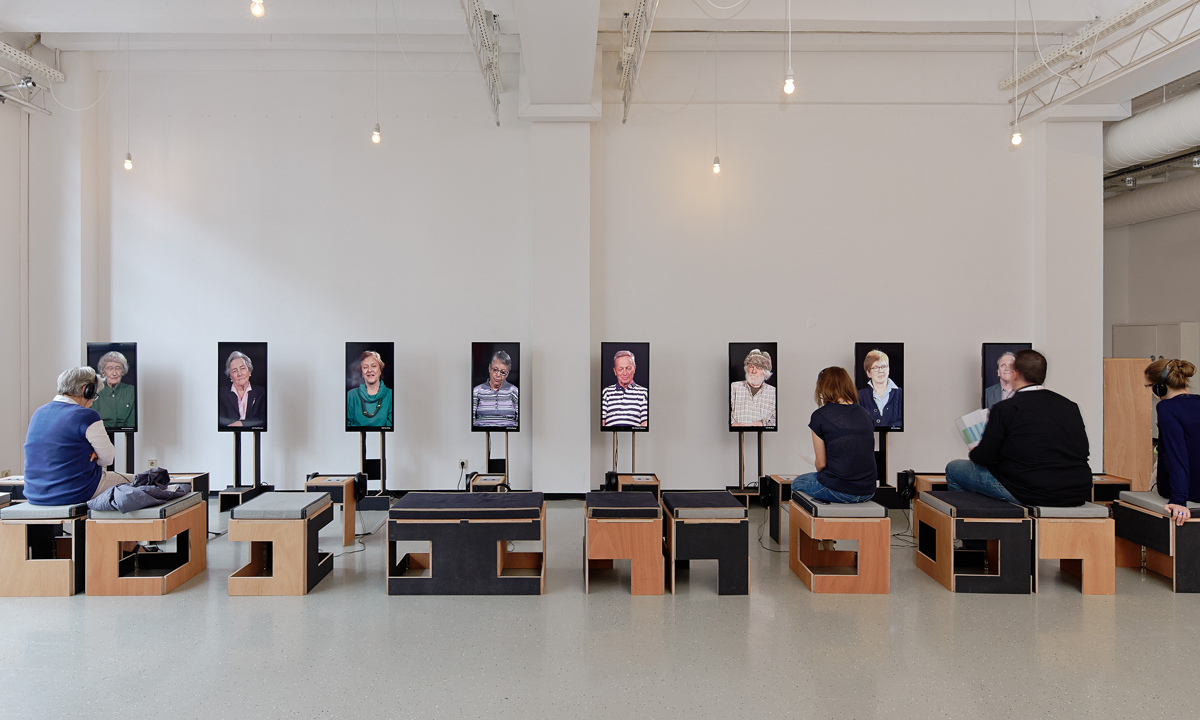 Healy says that in some instances, Staub has chosen people whose personal stories sit against the social and political issues of the time – Ms Djurović, for example, turned 21 in 1994 in Belgrade, Serbia (then Yugoslavia), and talks about life under the UN sanctions imposed on the country at the time.

“It really is such as magnificent work because it traces both personal and broader social issues,” Healy says.

“It’s a very compelling work that I think is just incredible.”

“The starting point for a new work is always very personal – 1993 is of course an important year for me, when I think and look back, and it marked a significant transition in my life. In this year I decided to devote my life to theatre and literature – far away from what I did before.”

The stories in 21: Memories of Growing Up are each between around eight and 20 minutes long, with Adelaide Festival-goers able to buy a ticket that enables them to return over the course of the festival. It will be at the Institute Building from March 2-18, open from 10am-5pm daily.