Friends! The Musical Parody was originally to have toured the country from late August through to early October, including performances at Adelaide’s Dunstan Playhouse on September 25 and 26.

COVID-19 restrictions forced producers to reschedule and – despite the current pandemic outbreak in Victoria – they announced today the tour will now open in Melbourne in November, followed by seasons in Brisbane, Perth, Adelaide and Sydney.

As a result of “huge demand”, additional tickets have been released and in Adelaide it will play at the 1467-seat Her Majesty’s Theatre instead of the Dunstan Playhouse.

Friends! The Musical Parody is spruiked as “a night of unstoppable laughs” that “lovingly lampoons” the popular NBC sitcom based around 20-something friends Ross, Rachel, Chandler, Monica, Joey and Phoebe as they navigate work, life and love in Manhattan.

The ‘90s TV series itself has enjoyed a revival in recent times, with plans for a reunion special featuring the original cast.

For Adelaide audiences, the musical parody is the first big show announced for the new-look Her Majesty’s Theatre, which was unveiled last month following a $66 million rebuild that has taken place over the past two years and blends elements of the original 1913 design with state-of-the-art facilities and increased capacity over three levels.

The stage was christened by SA theatre company Slingsby, which presented a one-week season of its family show The Tragical Life of Cheeseboy to audiences of around 20 people per session, but COVID-19 restrictions have impeded the full-scale return of live theatre.

The Adelaide Festival Centre today released a virtual tour of Her Majesty’s Theatre hosted by Adelaide actor Kidaan Zelleke. At just under 10 minutes long, it offers a behind-the-scenes look at the new building and will whet audience appetites for on-site public tours hoped to be announced soon. 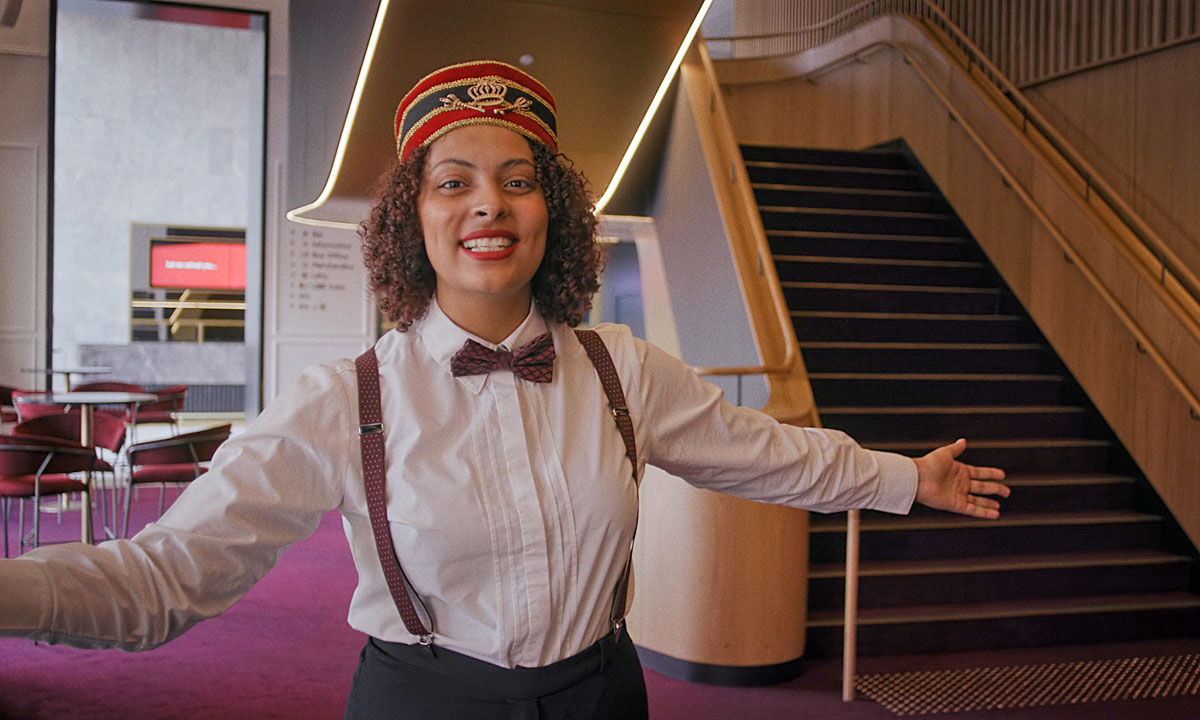 Kidaan Zelleke presents a virtual tour of Her Majesty’s Theatre.

The video gives a brief history of Her Maj – which opened in 1913 as a 3000-seat theatre originally known as the Tivoli – before Zelleke takes viewers through the new auditorium, foyer bars, and backstage areas such as dressing rooms, the green room and the large rehearsal room, where Australian Dance Theatre dancers Christopher Mills and Darci O’Rourke are going through their paces.

It highlights technical and architectural features of the new building, including specific details that are a nod to the building’s heritage. The tour also zooms in on the backstage “signature wall”, which is signed by stars who have performed at the theatre over many decades and had to be deconstructed brick by brick then rebuilt.

“This is our way of being able to share the new Her Majesty’s Theatre with the wider community while we work towards plans to safely reopen our venues,” Adelaide Festival Centre CEO and artistic director Douglas Gautier says of the virtual tour.

Gautier describes the redeveloped theatre as “truly a grand sight to behold”: “We hope people enjoy delving behind the scenes online, ahead of an opportunity to see this beautiful theatre in person… which hopefully isn’t too far away.”

The Adelaide Festival Centre is hoping to be able to present on-site public tours soon.