In what Frayne describes as a major acquisition, the North Terrace hotel has bought the photographs – each just under 1 metre in size and based on 13 original images – to replace its previous collection of David Bromley paintings.

“You have to actually go in and stay at the hotel to see the work,” he says. “It’s not going to be in the public areas of the hotel – it’s in the rooms.”

The hotel says the photos, to be displayed across 60 rooms, will give guests a unique view of South Australia.

Frayne’s photographic series have included Adelaide Noir – a collection of photos that depict South Australia’s streetscapes – and Overseers of the Streets – visceral profiles of the city’s rough sleepers. He says the hotel selected his work because his images are well-known across digital media and have “etched their way into the psyche of the people”.

The purchase is noteworthy because hotels rarely invest in local artists in such a significant way, Frayne says.

“Normally what happens is hotels contact me and they say to me, ‘Alex, can you give us all your work for free?’ But this was very different and it’s very refreshing.”

The Playford Hotel was built by Bill Sparr, founder of the Sparr Group. Frayne says Sparr created a legacy of supporting local artists when he originally commissioned South Australian artist David Bromley to create work for the hotel.

“He was very bold and courageous to do that, and Daniel Sparr, who runs the hotel, has continued that tradition.”

The hotel selected a diverse collection of Frayne’s prints, all of which were taken on analogue film-format cameras.

“Daniel spent a lot of time checking out the collection and choosing the ones that he thought were the best fit for the hotel. There’s not a lot of maritime, but there’s quite a bit of industrial.

“There’s a lot of the night stuff that I do out in industrial areas, and there’s some from the north of the state; so you know, red dirt and colourful flora that you find north of Goyder’s Line.

“I’m also really happy that they’ve chosen some black and white, which really has been my focus in my artistic practice this year: shooting monochrome.

“Basically, my aesthetic is to not fall back on classic South Australian iconography but rather to find an aesthetic which is actually closer to the truth and has an element of strangeness and stillness that one finds in those industrial precincts, and which really are all about mood and tone, rather than presenting images that aren’t South Australian.”

Premier Steven Marshall will launch the Alex Frayne Art Collection at the Playford Hotel tonight. The photos below are all from the collection. 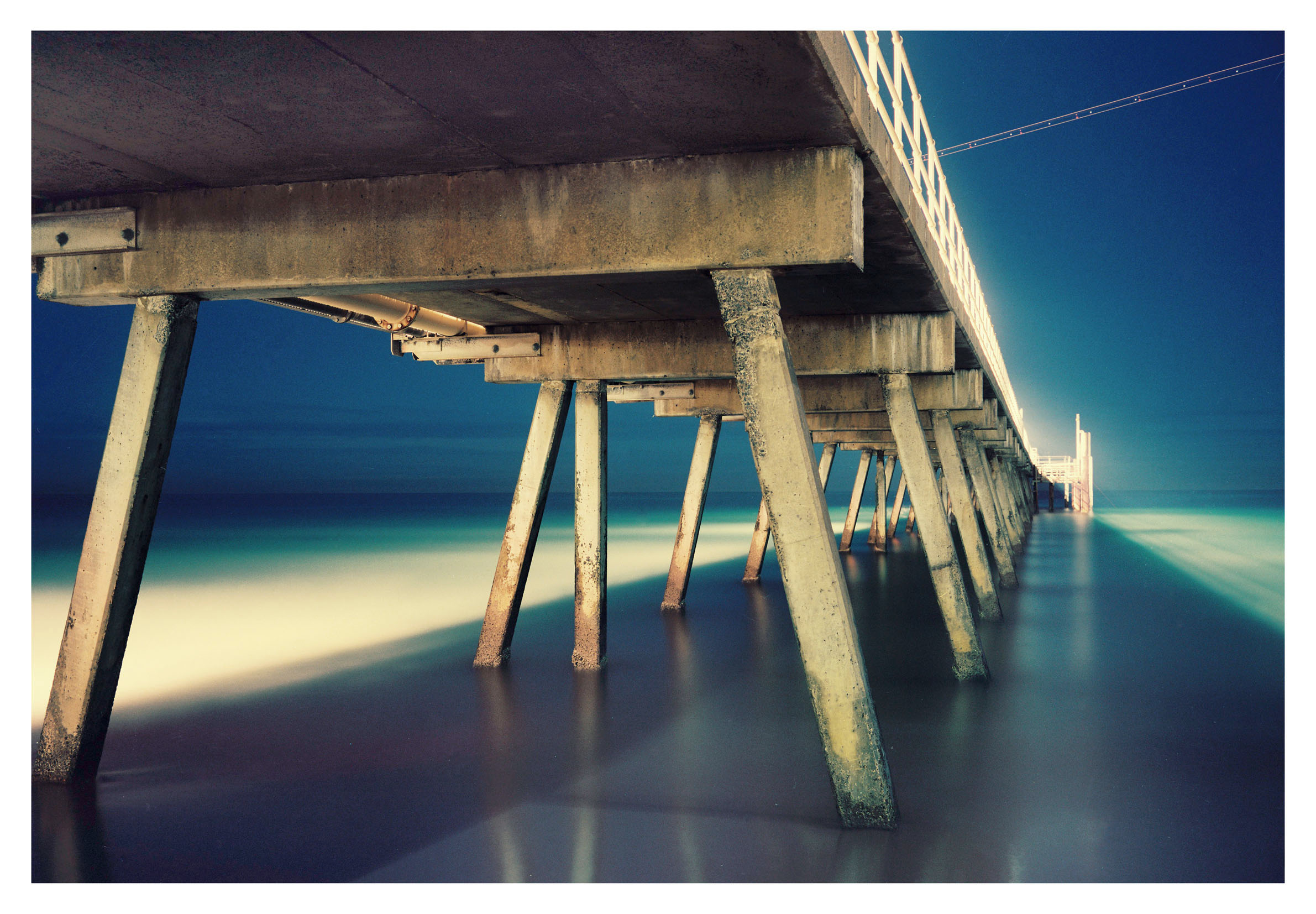 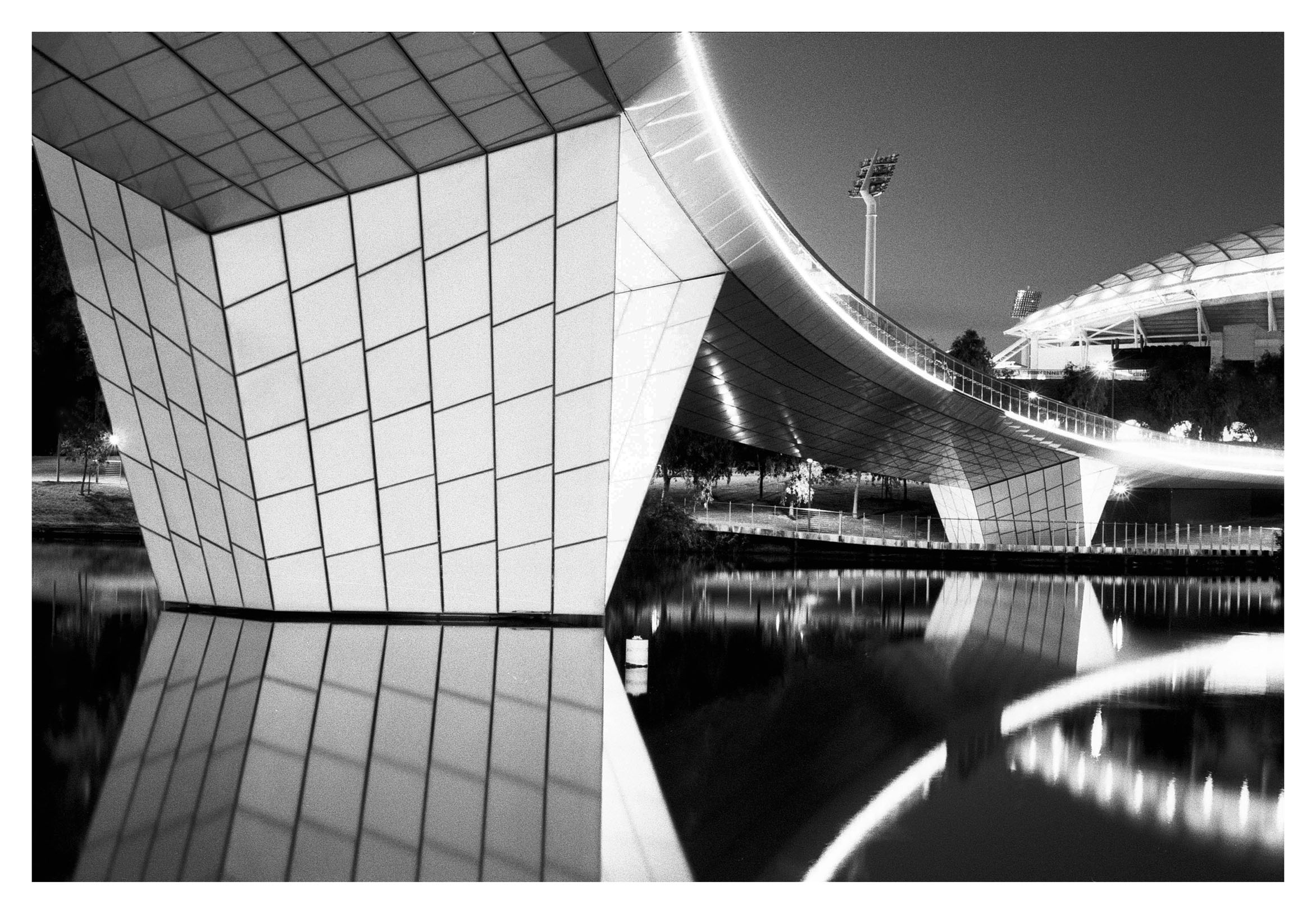 Oval Bridge (2019) by Alex Frayne – the view of the Adelaide Oval Bridge from the southern riverbank. 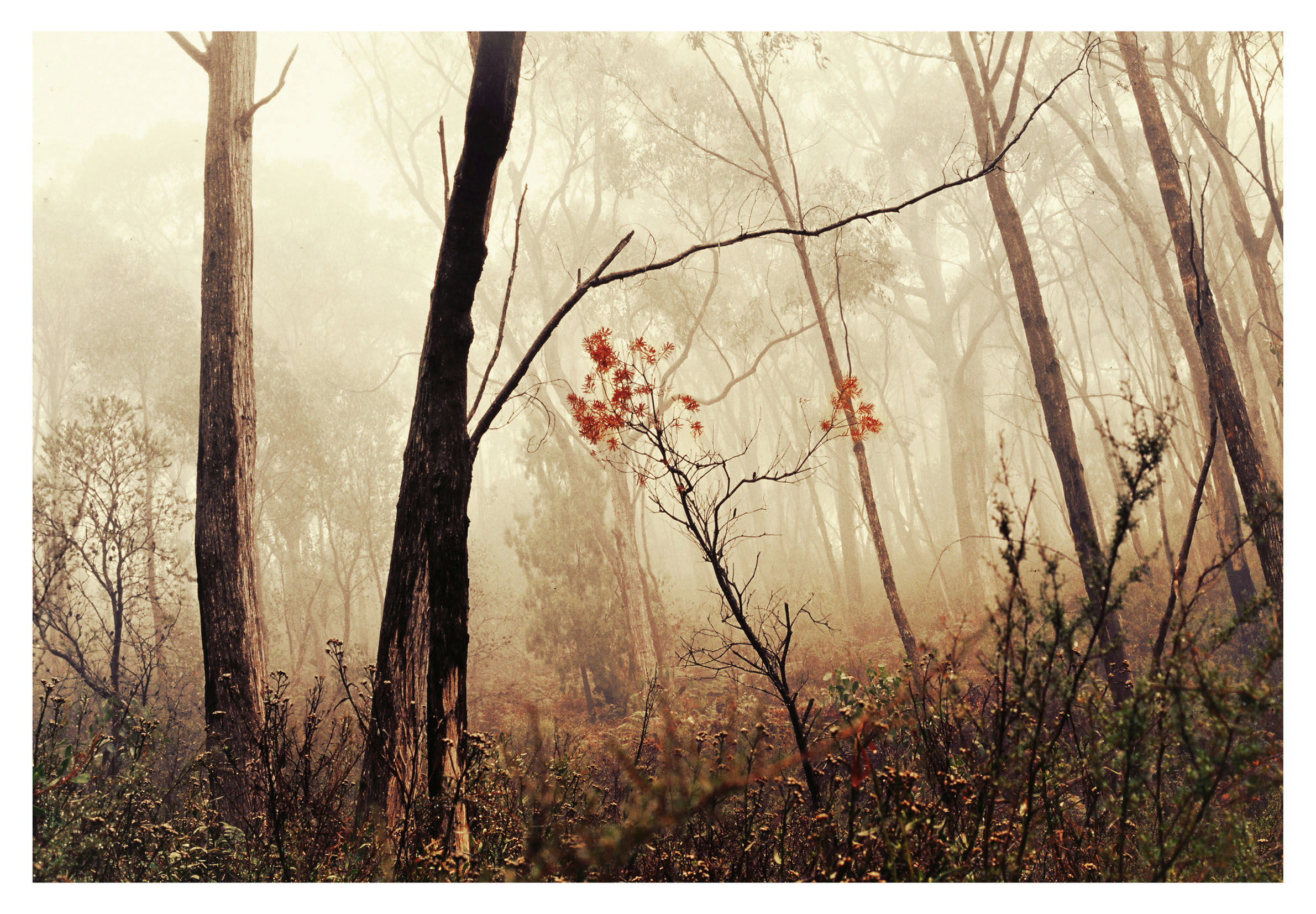 Orange In Fog (2019) by Alex Frayne – a 2019 photo showing the autumn orange colouring on a small tree amid thick Mount Lofty fog. 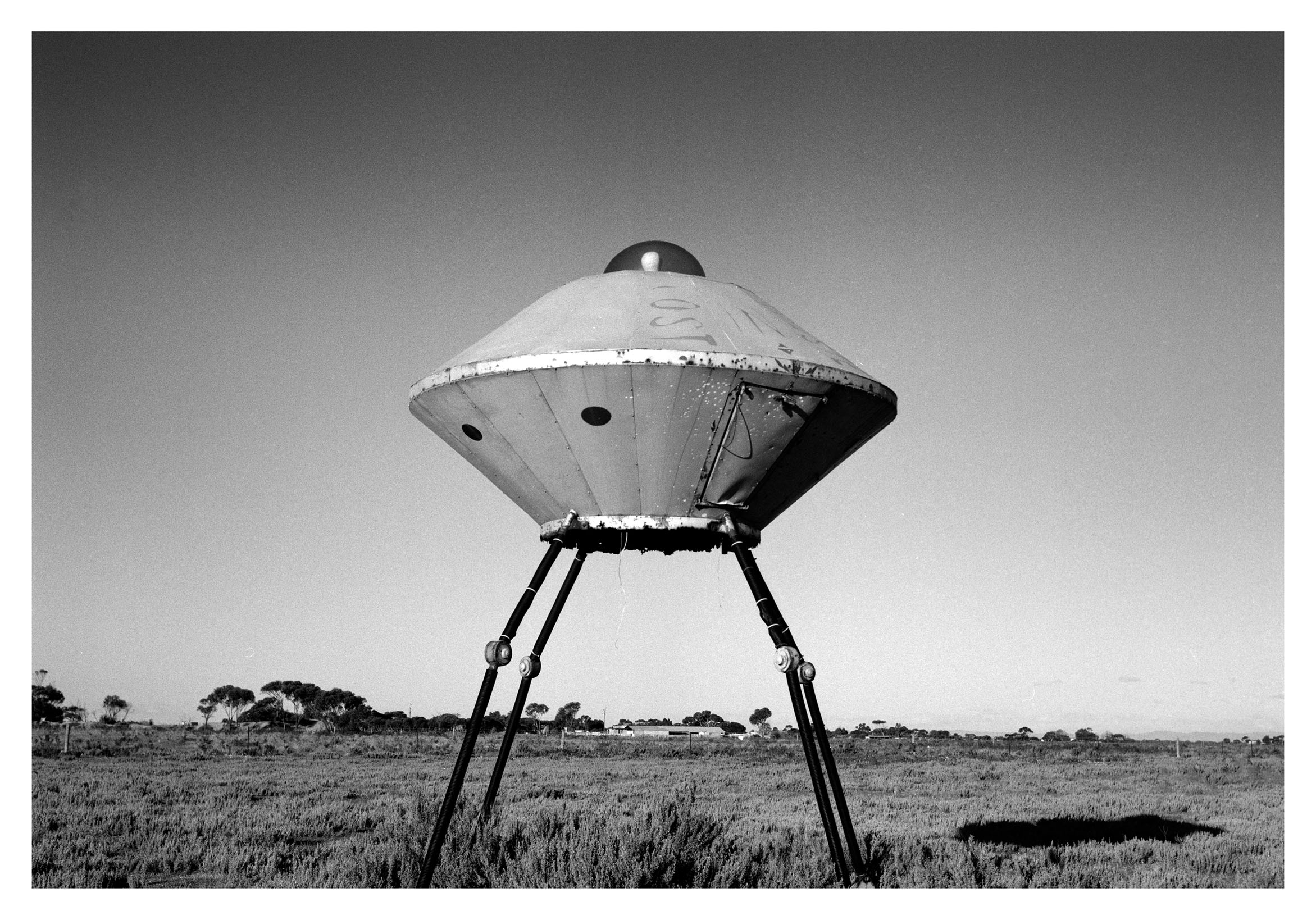 Somewhere Out There (2019), by Alex Frayne – the ‘UFO’ passersby from Dublin see on the side of the road. 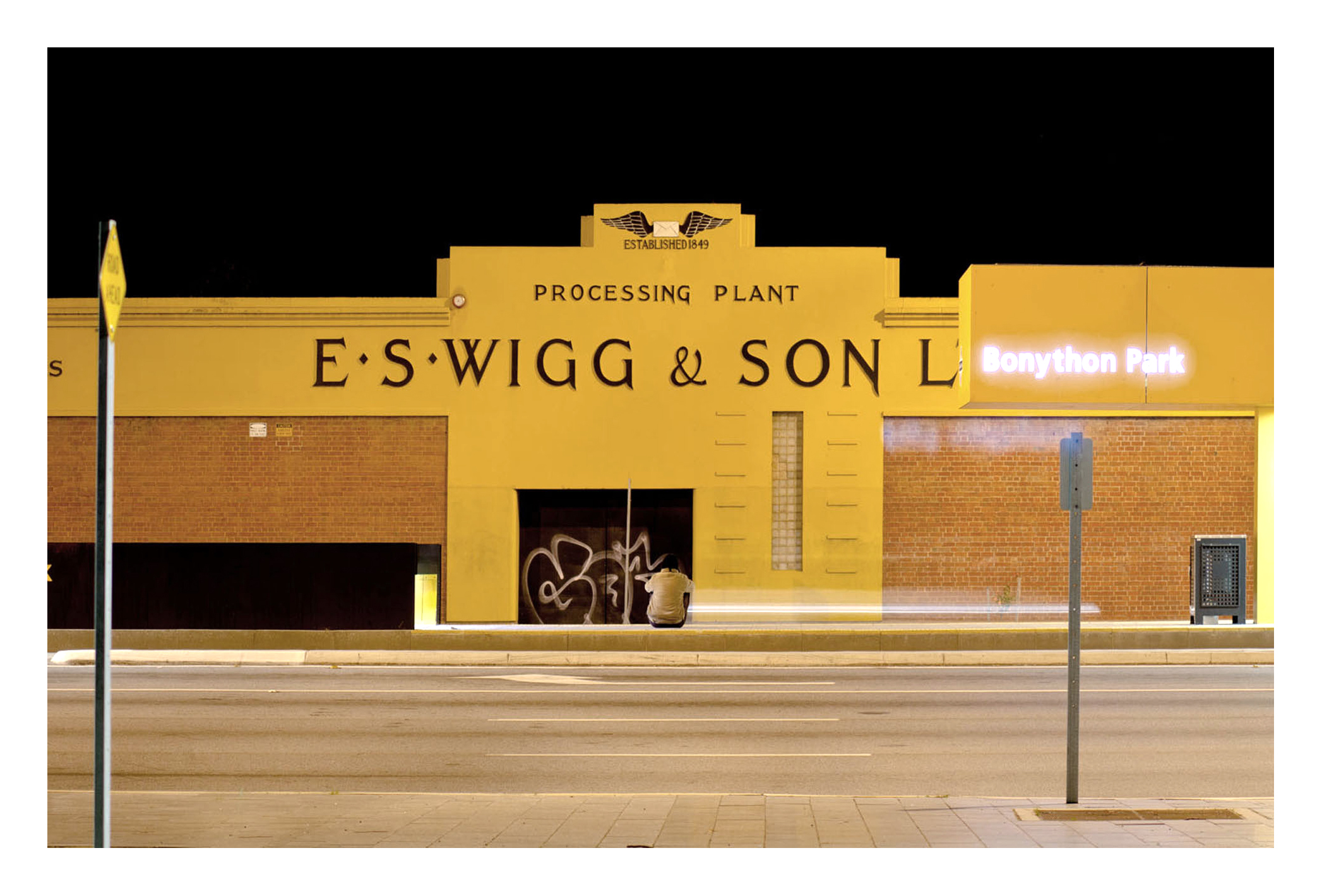 WIGG AND SON (2013), by Alex Frayne – the modernist building on Port Road, captured at night in all its bold yellow colour.