Artists including Paul Capsis, Meow Meow, Reuben Kaye and Omar Musa will take to the stage at the Thebarton Theatre for tonight’s Adelaide Cabaret Festival opening event The House is Live. Artistic director Julia Zemiro’s debut festival program will feature more than 380 artists in 245 performances over 16 days and nights, with other opening week shows including Ute Lemper’s Rendezvous with Marlene, State Theatre’s End of the Rainbow (read review here), Maude Davey’s My Life in the Nude, UK immersive theatre show The Swell Mob, and an Unsung performance by Adelaide singers Amelia Ryan and Libby O’Donovan telling the stories of female singers of the 1960s. The festival also includes a new late-night club – The 11 O’Clock Number – in the Famous Spiegeltent (located above Adelaide Festival Centre’s terrace), which will feature cabaret stars plus DJs and dancing until 2am. Zemiro shares six festival highlights with InDaily here, and you can read all our stories and reviews here. 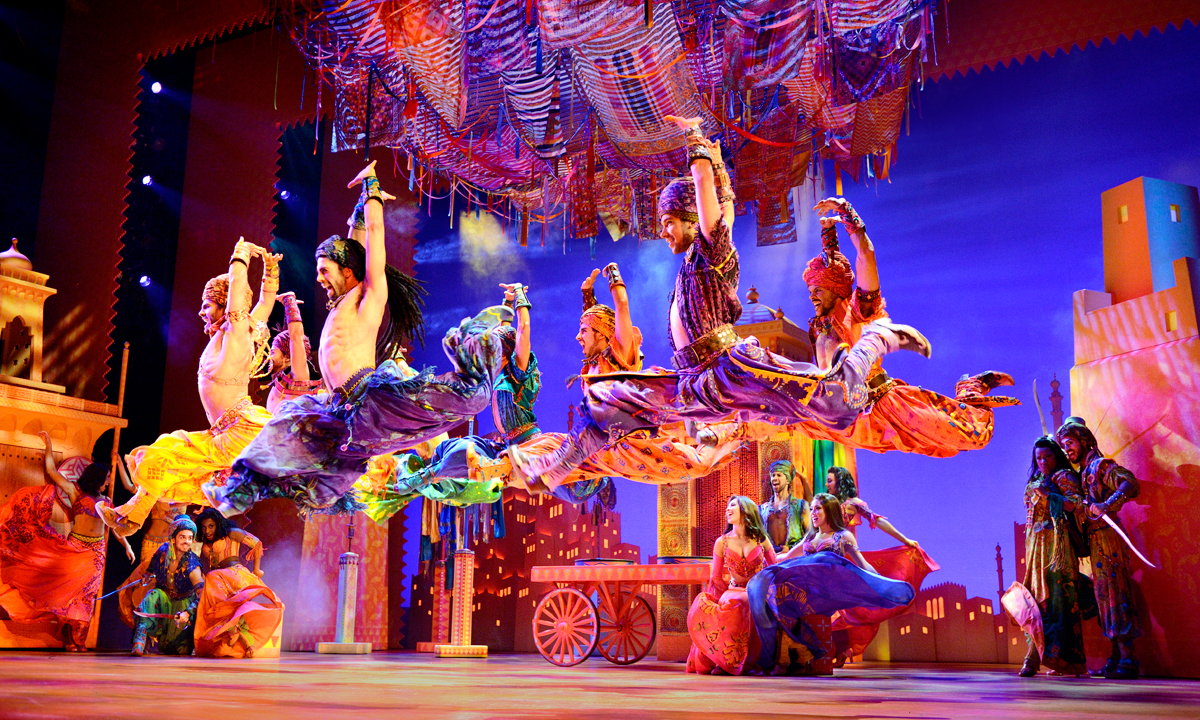 Full of splendour, colour, movement and passion, this Broadway musical is truly a magical carpet ride, according to InDaily‘s reviewer – and the ride will come to an end when the show’s Adelaide season at the Festival Theatre closes this Sunday. Aladdin the Musical is based on the Oscar-winning animated film about a street urchin who finds a genie in a bottle, featuring a cast of 34, more than 330 glittering costumes, and an array of classic tunes as well as new songs. Limited seats are still available for performances on Saturday and Sunday (see here).

First Fridays: Eye on the Prize

The 2019 Ramsay Art Prize will be the focus of tonight’s First Friday’s after-hours event at the Art Gallery of SA, with free tours of the exhibition of finalists’ work, a talk by judge Lisa Slade, the screening of a short documentary filmed during the first year of the prize, and live music by DJ Tr!p. The $100,000 Ramsay Art Prize is open to contemporary Australian artists under the age of 40, with this year’s finalists working across a wide range of media including painting, sculpture, installation art and even taxidermy. The 2019 winner was South Australian artist Vincent Namatjira, with a double-sided painting on plywood featuring a self-portrait on one side and Captain James Cook on the other.

Actors Brendan Cooney and Lucy Markiewicz as Martin and Liz.

Peggy Pickit Sees the Face of God explores the socio-political divide between four doctor friends who meet for dinner after having spent six years living in different parts of the world: Liz and Frank in the West, and Carol and Martin in Africa. Director Joh Hartog says it is one of a number of works by German playwright Roland Schimmelpfennig about the West coming to terms with a non-western culture: “In this play, it is the vast difference between the western and refugee African experience that I find to be particularly meaningful. There is no doubt in my mind that being exposed to the dire conditions in refugee camps irrevocably and permanently changes people.” Peggy Pickit is showing at the Bakehouse Theatre from June 5-15.

Take a dive through the Great Barrier Reef with globally beloved natural historian Sir David Attenborough as part of this virtual-reality experience at the South Australian Museum. The 25-minute, 360-degree VR tour takes place in a bright yellow Triton submersible with Attenborough at the helm explaining the curiosities of the world’s largest coral reef. To complement the experience, the museum is displaying scleractinian coral specimens, which have until now remained behind the scenes. The exhibition runs until July 14. Read CityMag’s interview with SA Museum director Brian Oldman here.

McLaren Vale’s annual Sea & Vines Festival will feature myriad food, drink and music events over the long weekend. Embedded within the festival is the Woodstock Festival Revival on Saturday and  Sunday at Woodstock winery, which will celebrate the 50th anniversary of the original Woodstock Music Festival. Ten-piece group Mad Dogs: The Full Cocker will perform music by the likes of The Who, Creedence Clearwater Revival, Janis Joplin and Bob Dylan, as well as their own original material. Click here for more information.