Play came into being thanks to the late Pina Bausch, founder of Wuppertal Dance Theatre in Germany and a forerunner in the dance-theatre movement.

Bausch had championed both Sidi Larbi Cherkaoui and Shantala Shivalingappa, and invited them to work together in 2008 and present their collaboration at her last festival.

Cherkaoui is a devout Kate Bush fan who also taught Keira Knightley to dance the feverish waltz in the 2012 movie Anna Karenina. In a choreographic career spanning only 15 years, he’s so far managed to bring home two Olivier awards and two Ballet Tanz Awards, and in 2007 he won the Helpmann Award along with choreographer Akram Khan, for their piece Zero Degrees.

His collaborator in this work, Shivalingappa, is a technically flawless exponent of the classical Indian dance form Kuchipudi, and has had worked with such great artists as Maurice Bejart, Peter Brook, Pina Bausch and Ushio Amagatsu. Shivalingappa also snared a “Bessie” Dance Award in New York in 2013.

The Australian premiere of Play pivots on two intertwined conceits: the games people play, and the role-playing required in theatre. It explores the age-old conundrum of relationships and communication through the lens of both eastern and western cultural traditions. 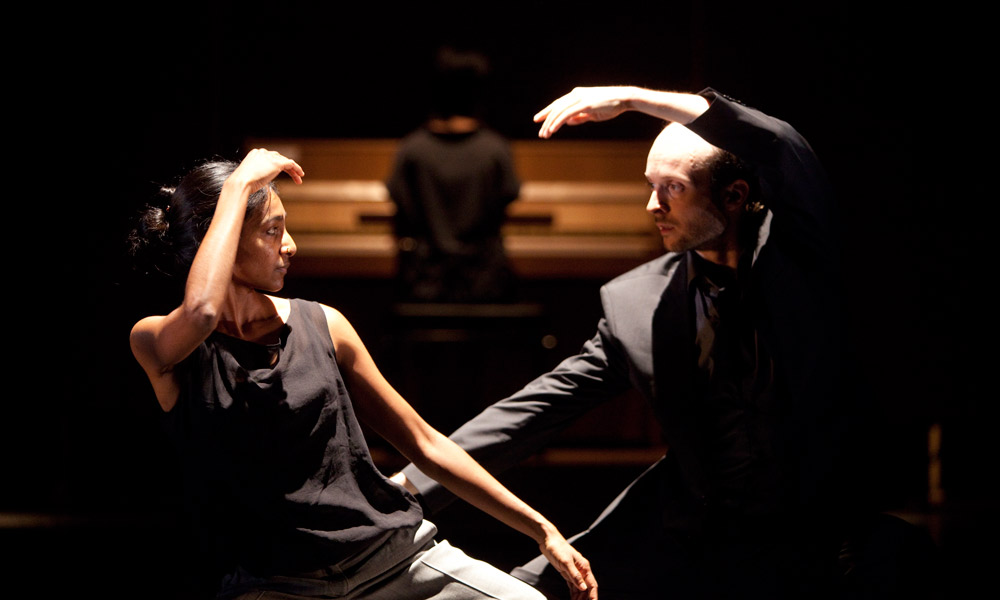 The musicians are also an integral part of the choreography, and the hand-slapping percussive section, performed by both dancers and musicians, had the audience cheering. It was Stomp meets Hare Krishnas.

Unfortunately the performance became more of a meditation bootcamp during Shivalingappa’s monologue – an overly literal musing on awareness and the power of thought, which was somewhat unnecessary considering the obvious talents of these two choreographer/performers.

Play will be performed again tonight (October 3) at the Dunstan Playhouse as part of the OzAsia Festival, which continues until October 4.