The film begins with a suggestion of the subdued yet beautiful landscape of Normandy, which acts as a backdrop for the two-hour tale of hope, desperation and eventual self-inflicted defeat of our heroine Emma Bovary (played by Mia Wasikowska).

After a few short scenes depicting Emma’s education in a convent, her arranged marriage to country doctor Charles Bovary (Henry Lloyd-Hughes), and her departure from her father and the life she knew, Madame Bovary settles into a steady pace in a small country town called Yonville.

The monotonous daily grind is too slow for Emma’s aspirations and it is clear that ideas of her future seem to be falling flat. The bright lights and all-round allure of 19th-century Paris and nearby Rouen beckon, but they are always just out of reach for the naïve beauty.

Inspired by her new rapport with dry-goods dealer Monsieur Lheureux (Rhys Ifans), Emma attempts to overcome the banalities of Yonville by spending exorbitant amounts of money on extravagant furnishings and luxury fashion. Her newfound confidence gives her purpose and conviction, but her frivolous behaviour proves to be her undoing.

Unlike the novel, the film skims over Emma’s passionate affairs with two men of contrasting nature: the dark and charming Marquis (Logan Marshall-Green), and the boyish and congenially persistent León Dupuis (Ezra Miller). 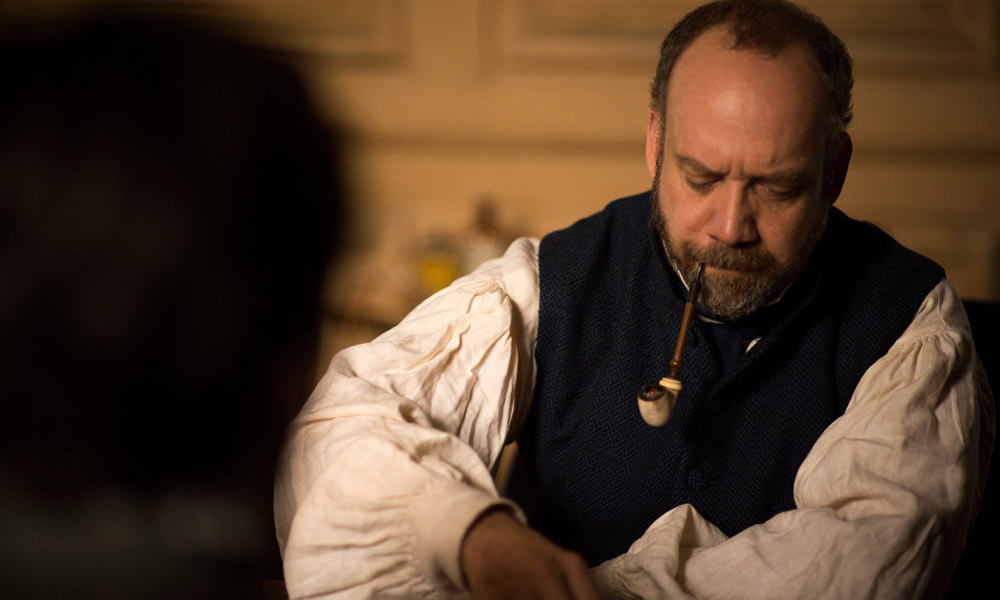 The role of town pharmacist Monsieur Homais (above) is played by Paul Giamatti, and although not central to the story, he is necessary to the overall atmosphere of the film. Like Ifans, Giamatti brings relief to the heavy and sometimes tedious progression of Madame Bovary.

Wasikowska is excellent as a young and hopeful Emma, with her performance increasingly enthralling as the film, and Emma’s life, unfolds. However, the confusing blend of accents is distracting at times.

Barthes portrays Emma in a considerably less likable manner than does Flaubert’s novel. Where the author exaggerated innocence and naivety, the director implies foolishness and greed, which leaves the lingering feeling that Emma got what she deserved in her tragic and lonely end.