Someone once said that music is poetry and poetry music. A new book of poems by James Hickey, alias Adelaide musician Heymus, may have readers agreeing.

Whether performing solo or in a trio, singer-songwriter and guitarist Hickey has been making a name for himself as Heymus over the past 10 years in pubs and clubs in Adelaide and interstate. Solo performance has also taken him to the US and Europe.

Folk, blues and influences ranging from The Kinks and Otis Redding, to Jimi Hendrix and even Dean Martin indicate the eclectic Heymus style. Hickey has also cut records, but it’s in live performance that things come fully to the fore, showcasing that synergy where differing things put together successfully make something else. 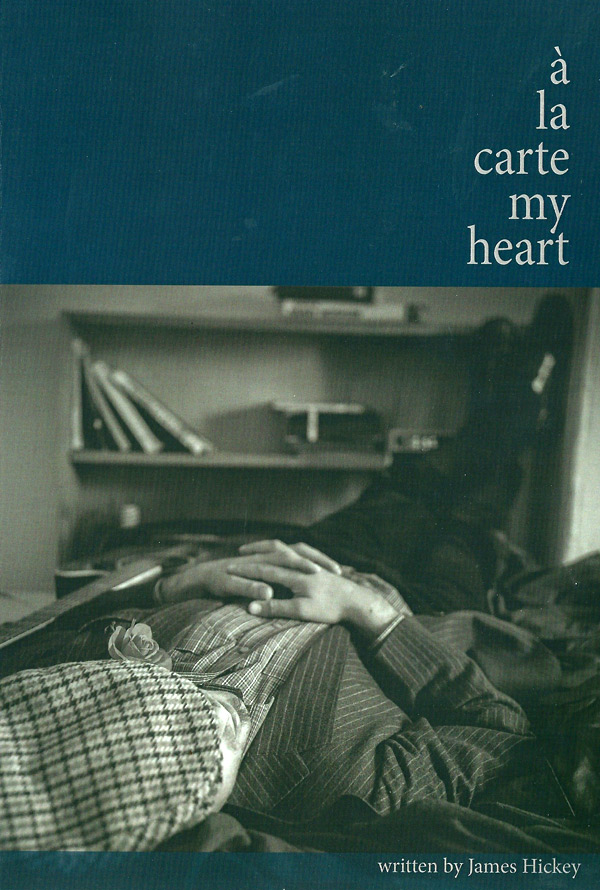 “If the song is not about love, it’s about a suburb or a night that never ended,” is a grab for the songs of Heymus à la Hickey. It could equally apply to his poetry in à la carte my heart. Two of those poems are featured in today’s Poet’s Corner.

In one, “1976”, Hickey shows the ability of the true poet, or any writer, to use observation to put themselves in another’s shoes.

“I saw a picture in a window in an arcade shop in Adelaide,” he said. “I just stood there looking at it, and at the old men now 40 years on from that photo, and put myself in that moment.

“ ‘The Day the Night Slept’ came about,” he continued, “by my falling for a woman who stayed up late and wrote music and was probably the female version of myself. So a bit unstable, but quite expressive. Her songs are very beautiful.”

Hickey is a songwriter, a lyricist, so it is not surprising that his poetry is also of the lyric genre. That said, it is a much less practised form today, overshadowed by the quicker and easier, hard-edged and unmetered style of an ever-more rushed and complex world.

Not that à la carte my heart avoids life’s hard edges. Rather, it’s that they are addressed without abandoning the lyricism.

“There are no soft edges on the highway, There is barrenness beyond, There’s a haze that lingers when you drive in a way, That leaves the sun behind,” goes another poem, appropriately titled “Soft Edges”.

True to the Heymus fusion, à la carte my heart is having two launches. The first, with music, was last week at the Tea Tree Gully Library. If you missed that, the second, again with music, is next week at 6pm on May 8 at funk brew bar and venue Ancient World in Hindley Street.

à la carte my heart, by James Hickey, is published by Sunshine Press, $15. It can be ordered from the Heymus website.