Art raises a lot of questions. That’s what it does. If an art work in a gallery or a news story has made you ask “what the …?”, it has already started to do its job.

But for many who are not familiar with art, some of the most-asked questions just lead to a dead end. So, is art just a global conspiracy of Emperor’s Robe-makers? Or are there some questions that will finally yield answers?

A couple of years ago, I visited the Tate Modern in London. Standing near a work that consisted of two layers of bricks arranged in a rectangle on the floor, I overheard an irritated visitor asking his friend, “Why is that art?” Hands on hips, he was clearly annoyed by what must have seemed an assault on his intelligence. So, why is that art?

Art isn’t a single type of thing, just as “movies” and “music” don’t just refer to Hollywood movies or pop songs. A movie can be a silent film, a home video, a documentary or a 3D Hollywood blockbuster. Music can be classical, pop, rap – the possibilities are almost endless. Art is the same. 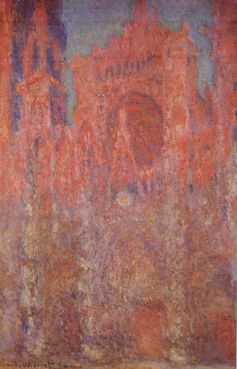 Some art belongs to longer traditions, which are concerned with how things look, and so is easier to understand, such as a Claude Monet painting of Rouen Cathedral. Some more recent art is about other things.

Expressionist art is about visualising internal psychological and emotional states in colours and gestures. Abstract art is about creating arrangements of colour that are deliberately not drawn from real objects in the world. Conceptual art is mostly about the idea and the art object isn’t that important. Minimalist art (of the kind that annoyed the Tate visitor) is mostly about the material itself.

However, unlike mainstream movies and music, art often doesn’t provide much of its own context. What do I mean by this?

Well, to understand anything, you need to know its context. If you watch any Hollywood movie, most of what you require to understand the plot line is contained within the movie, in recognisable characters, scenarios and plot devices. That’s great if you just want to eat popcorn and chill out; but also the meanings are very prescriptive and don’t allow much room for alternative interpretations.

But think of a more “arty” movie, like Mulholland Drive by David Lynch, and you’re given less context. The meaning is not so obvious. You have to do more of the interpretive work yourself with the fewer clues you can find.

Art is similar in that you need context to understand it, but it also makes you do much more interpretive work. It doesn’t mean that you just make up your own meaning and everyone is right, regardless of how wacky their interpretation. It means that you have to think of what was happening in the world in which the work came about, and to the artist’s life, to find the clues.

Yes, it makes you do a lot of work, in the same way a crossword or Sudoku only gives you clues that you have to work with. That’s really when it gets interesting.

Just over 100 years ago, during the early years of the 20th century, the most experimental artists (those we think of as the avant-garde, the leading edge) were fascinated with the idea of creating a new type of visual language. The visual language that had dominated since the Renaissance was “representation” – that is, a painting was of something, like a landscape, or a vase of flowers, or a person. Good art was that which most realistically looked like the thing it represented.

But after photography was invented in 1839, there seemed less point in spending hours trying to just copy what we see, especially when a camera could do it quicker and better.

At that point, many avant-garde artists became preoccupied with depicting what couldn’t be seen: emotional and psychological states.

In a painting like The Scream (1893), Edvard Munch is attempting to portray the horror of a panic attack through his stabbing brushstrokes, red sky and the vulnerable screaming figure. Other avant-garde artists, like Pablo Picasso or Wassily Kandinsky, also moved away from representation and towards abstraction. 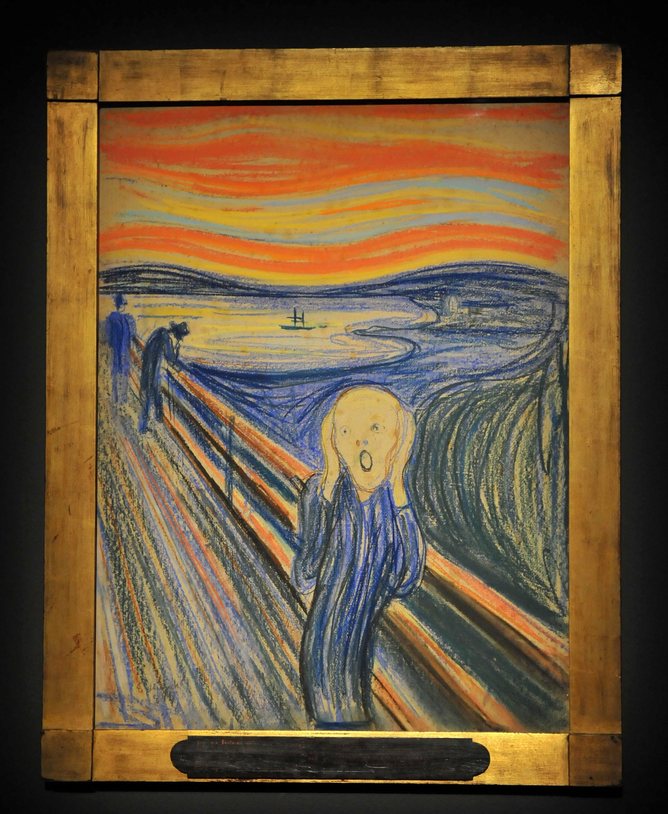 Abstract artists saw creating painting or sculpture as similar to creating music. Music doesn’t represent anything – its “forms” are all completely abstract. This was what abstract art was also trying to do, but with colour and line.

Abstraction rose to dominate art by the middle of the 20th century and then fell by the wayside after the 1970s. But representational art didn’t just come back as though nothing had happened. Art remained more about ideas than just looking like something else.

The sculpture that provoked the ire of my fellow visitor to the Tate Modern, Carl Andre’s Equivalent VIII, 1966, is 120 bricks arranged in a rectangle on the floor. It’s not meant to be something else. It’s about the raw materiality of the bricks themselves. That’s what Andre was proposing by presenting those bricks in the context of a gallery.

3. A four-year-old could do that, couldn’t they?

Picasso is often quoted as having said: “It took me four years to paint like Raphael, but a lifetime to paint like a child.” He’s saying that the conventions of painting that dominated art since the time of the Renaissance are, in a way, quite an easy tried and tested formula – think here of the Mona Lisa, painted between 1503-06.

Using perspective, shading and other Renaissance rules and techniques, most artists are going to end up with similar results.

400 years after the Renaissance, those rules and techniques got a bit stale and, about a century ago, avant-garde artists grew bored of just copying the world. But if you throw out those old tried and tested Renaissance rules, what do you replace them with?

Picasso went digging in a variety of other sources, such as tribal marks from Africa (which often appear in his work). Other artists, such as Jean Dubuffet, searched for alternative techniques in images made by the mentally ill. And Paul Klee was fascinated with the rawness of children’s drawings. If a modern masterpiece looks like it was drawn by a four-year-old, that’s probably what the artist was aiming to do.

Sure, there’s a particular kind of skill in drawing a dog that looks exactly like the furry thing that barks; but then, what other ways are there of depicting a dog, new and interesting ways that haven’t been done before? Now there’s a challenge, and one that takes a very different kind of creative imagination than the manual skill of drawing.

Russian artist Oleg Kulik’s take on this in 1997 was to spend two weeks in a New York gallery, stripped naked, living in a dog house and being led around on a leash, barking and occasionally biting people.

Okay, that seems a bit extreme, but it captures much more of what a dog is than a flat and still arrangement of graphite on a piece of paper.

So, what are better questions to ask when confronted with a work of art that seems to make no sense? A few years ago, the Australian art academic Terry Smith suggested what he called “Four Ways of Looking at Art”. Smith’s four simple questions ask of art the “what”, “how”, “when” and “why”:

Each of these questions will reveal something more of the context, which will provide much of the meaning of the art work.

So, next time you’re confronted by a neat arrangement of bricks on the gallery floor, a messed-up bed in a gallery, a painting that looks like it was done by a four-year-old, start by asking these four questions. You’ll prise open a can full of even more questions, and the meaning might well begin to unfurl from the Emperor’s Robes.

Kit Messham-Muir is a senior lecturer in Art History and Theory at University of Newcastle. This article was first published on The Conversation.