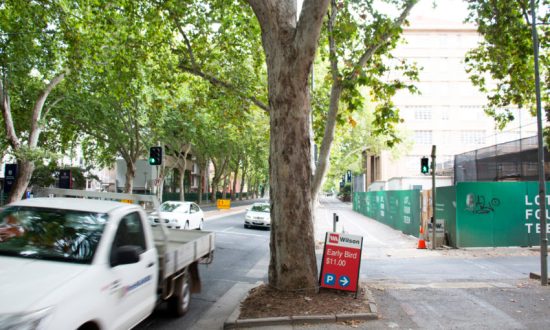 Two significant century-old trees located in one of the Adelaide’s leafiest areas have been saved from the axe, with Planning Minister Nick Champion telling Parliament yesterday they won’t be chopped down to ease Lot Fourteen traffic. 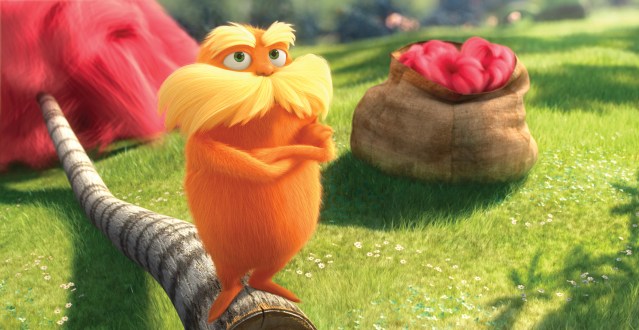 If a tree falls in Mt Barker, is it really dead?

In this edition of Notes on Adelaide, we unpack the strange spin around the destruction of centuries-old trees near Mt Barker, and a former racing minister calls out the great silence engulfing the local industry.

UPDATED: Protestors camping overnight outside Lot Fourteen say they will climb and chain themselves to 11 century-old trees along North Terrace that are set to be removed amid speculation the axe could fall as soon as tomorrow. 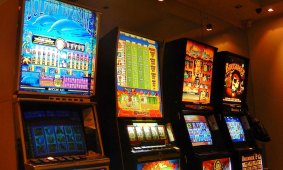 Your views: on pokies, tax reform and trees

Readers respond to the decision to allow notes to be used in poker machines, the Treasurer’s latest comments on the proposed land tax reform, and the axing of century-old trees amid the heated international climate change debate. 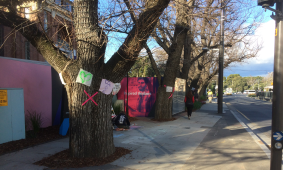 Renewal SA is not revealing when it will axe eleven century-old trees on North Terrace as part of the Lot Fourteen development, after Adelaide City Council last night formally approved removing the trees from the public footpath. 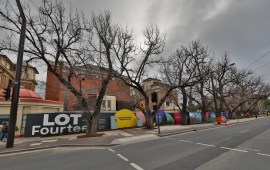 A majority of Adelaide City councillors have said they will vote to support the axing of 11 century-old trees along North Terrace as part of Lot 14 development landscaping, with Lord Mayor Sandy Verschoor describing her own support as her “hardest decision this council term”.

Replacing pavers on the North Terrace footpath outside Lot Fourteen would be impossible without chopping down 11 century-old trees, the landscaper in charge of the development says, while also revealing the project will require the costly removal of four streetlight poles put in place during recent tram works.