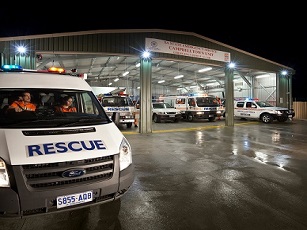 Opposition emergency services spokesman Duncan McFetridge has moved to hose down a rift with State Emergency Service volunteers, after an incensed social media post from the Sturt SES branch – since removed – deemed him “unsuitable to represent” emergency workers in government or opposition.

State Emergency Service volunteers are warning incoming visitors at Adelaide Airport about South Australia’s extreme heat, as locals have also been cautioned to take care during this week’s heatwave.