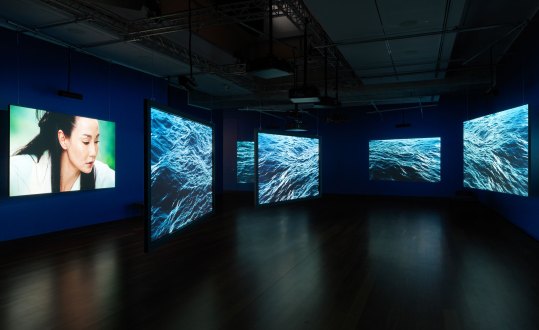 Transcending the boundaries of time and place 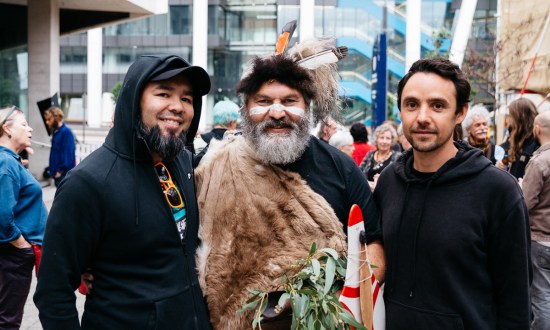 The University of South Australia’s Samstag Museum of Art launched three exhibitions on ANZAC Day with an afternoon of conversation, performance, food and music.

Reg Saunders, the first Aboriginal Australian to be commissioned as an officer in the Australian army, surrounded by his mates of the 2/7th Battalion, AIF, in 1943. Photo courtesy Australian War Memorial
InReview

Stories of heroism, mateship, discrimination and heartbreak are shared in an exhibition that uses family histories, photos, objects and art to highlight the war experiences of Aboriginal and Torres Strait Islander people. 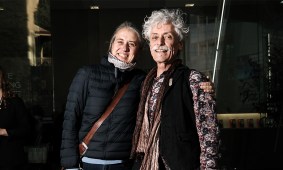 More than 500 people gathered at the Samstag Museum of Art on Thursday night for the launch on its Adelaide Film Festival exhibitions Starstruck: Australian Movie Portraits and The Waiting Room by Rolf de Heer & Molly Reynolds. 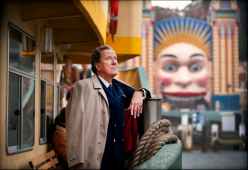 Starstruck charts Australia's story via a century of film stills

A major exhibition in Adelaide showcasing more than 280 film stills, costumes and casting books testifies to the dramatic transformations that have taken place in Australian society over the past century, writes Christine Judith Nicholls. 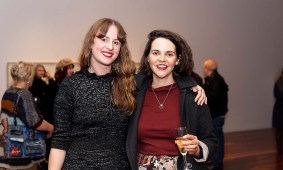 Around 600 guests attended the Samstag Museum of Art’s recent launch of two new exhibitions: Aldo Iacobelli’s A Conversation with Jheronimus and a suite of montage films by Tracey Moffatt and Gary Hillberg. 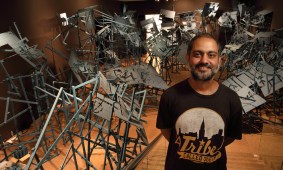 Among the diverse artworks exploring Divided Worlds in the 2018 Adelaide Biennial of Australian Art, the largest invites gallery visitors into a fantasy underworld – a maze-like structure celebrating Dungeons & Dragons.