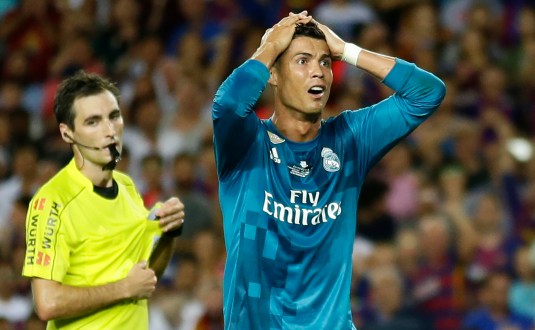 Cristiano Ronaldo has been banned for five matches for pushing the referee after he was shown a red card against Barcelona in Real Madrid’s 3-1 Spanish Super Cup first leg victory overnight, Australian time. 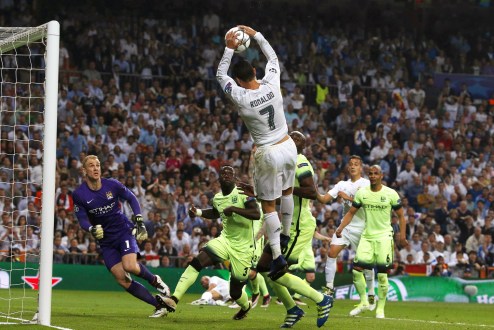 Real Madrid reached their 14th European Cup final and ended Manchester City’s hopes of a maiden title after securing a 1-0 victory in the second leg of their Champions League last-four clash overnight.

Manchester City survived a late grilling by Real Madrid thanks to goalkeeper Joe Hart as they held on for a 0-0 draw overnight, Australian time, that keeps alive their hopes of reaching the UEFA Champions League final for the first time. 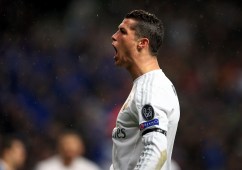 "For those who doubted Ronaldo, he has vindicated himself again"

Cristiano Ronaldo’s fifth Champions League hat-trick has inspired Real Madrid to a 3-0 comeback victory over VfL Wolfsburg to reach the semi-finals for a sixth successive season, while Manchester City are into the last four for the first time. 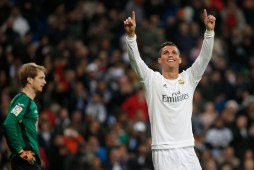 Cristiano Ronaldo has scored a hat-trick to help Real Madrid crush Espanyol 6-0 and stay in touch with Barcelona at the top of La Liga. 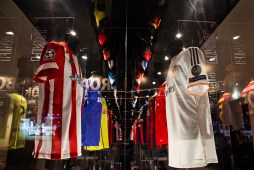 Real Madrid and their neighbours Atletico Madrid have been banned from signing new players for two transfer windows for breaching rules over the transfer of under-18 players, world soccer’s governing body FIFA said. 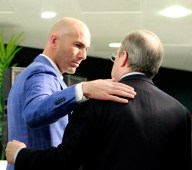 Troubled Spanish giants Real Madrid have sacked coach Rafa Benitez and replaced him with former club idol Zinedine Zidane until the end of the season.