Traditional owners will proceed with Federal Court action to block construction of a nuclear waste dump in South Australia amid federal government plans to begin earthworks at the proposed site. 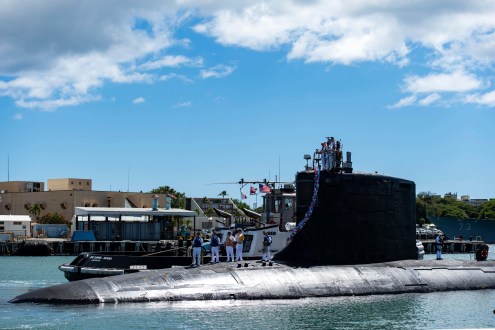 The Adelaide-built Collins Class fleet will remain in service into the 2030s at least. Photo supplied
News

Labor will push to have Australian jobs written into any new submarine contract and has criticised the Morrison Government for leaving businesses high and dry after tearing up the $90b French deal. 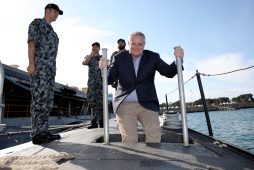 The federal government has not undertaken a safety assessment or planning study for the prospect of docking nuclear-powered submarines in Adelaide, according to documents obtained by independent senator Rex Patrick. 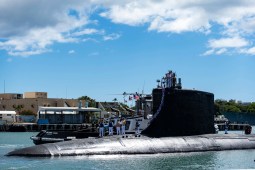 Can Adelaide's shipyard build a nuclear sub? The questions pile up

In part two of his deep dive into the many uncertainties facing an Australian nuclear submarine program, Kevin Naughton pulls apart the enormous costs of converting Australia’s shipbuilding infrastructure to build American nuclear subs and other potential barriers to local construction. 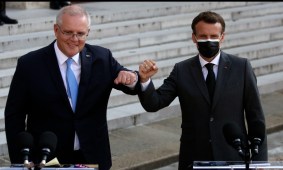 Macron in no rush for Morrison talks or ambassador return

French President Emmanuel Macron would be ready to speak with Australian Prime Minister Scott Morrison if the talks were “prepared in a serious manner,” an official says, but there is no word on when France will return its ambassador to Australia. 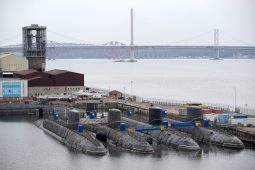 Australia’s nuclear submarine ambition has few knowns and many unknowns – and one of these casts a giant shadow over South Australia’s role. Kevin Naughton analyses the uncertainties and responsibilities that come with owning a set of submarine-encased nuclear reactors and more than 220 tonnes of nuclear waste per boat.