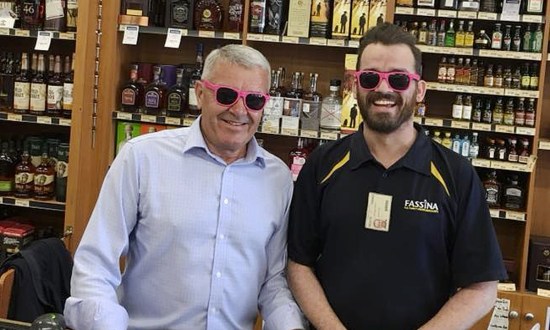 New laws governing state elections have forced Opposition defector Duncan McFetridge to write to his former party seeking permission to describe himself as an ‘independent Liberal’.

Twice bitten, but McFetridge not shying away from election fight

Duncan McFetridge has the dubious distinction of having been shafted by two political parties in the same year, but he insists Nick Xenophon’s decision to run a candidate against him in his bayside seat may end up doing him a favour.

McFetridge (right, with former colleague Peter Treloar) believes he is in the box seat to retain his seat. Photo: Tony Lewis / InDaily
Politics

"It’s one of the dumbest things the Liberal Party ever did..."

Nick Xenophon’s SA Best is not expected to field a candidate in the emerging key election battleground of Morphett, while a former Labor candidate says his party is unlikely to win the seat – with cashed-up independent Duncan McFetridge set to benefit at his former party’s expense. 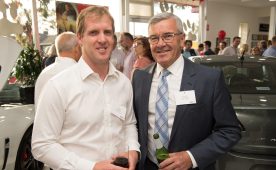 Ousted Liberal veteran Duncan McFetridge has called on his successor Stephen Patterson to resign as Holdfast Mayor – and the State Government has questioned his ability to continue in the role – after his council called for a moratorium on oil and gas exploration in the Great Australian Bight. 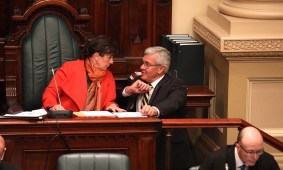 Rogue Liberal warns powerbrokers: "You created this situation - you wear it"

UPDATED | Disendorsed Liberal veteran Duncan McFetridge has warned his former colleagues to be “careful how they handle” him as he today confirmed he would run as an independent at the March state election, declaring a Steven Marshall Government was “a long way from being a sure bet at this moment”.

'I didn't see it coming': McFetridge breaks silence on ousting

Disendorsed Liberal veteran Duncan McFetridge has told parliament his ousting was a personal vote of “no confidence” that left him no choice but to quit the Liberal Party.

Battle of the Bay: Lib veteran confident he will defeat challengers

UPDATED: Liberal veteran Duncan McFetridge says he is confident of winning a preselection battle tomorrow night, thanks in part to lobbying efforts from his leader Steven Marshall.