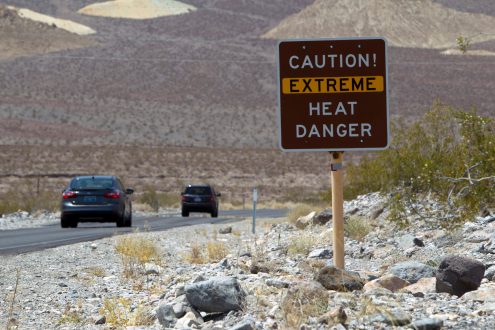 World's hottest temperature for a century at Death Valley

One of the hottest air temperatures recorded anywhere on the planet in at least a century has been reached at Death Valley in California’s Mojave Desert, where it has soared to 54.4C.

Call for hot-weather rule change as teen fights for life

Hot weather rules for commercial construction must be also applied to domestic builders, the CFMEU says, as an apprentice fights for life after collapsing in this week’s searing weather.