That way, you see, they would likely have won the game by three points. Instead of losing by eight.

After all, when you’re down by nine points and have the last two set shots of the game – taken by the two guys on your team you’d most reasonably want kicking for goal in the dying minutes of a season-defining match – you’d generally expect a better return than a behind and an out-of-bounds on the full.

Which collectively leaves the Power faithful to rue those vital points they went without, which could have kept their season alive.

And while there remain seven rounds to play, with Port now mired two games and a chunk of percentage outside the eight, there’s a distinct vibe about their 2022 campaign:

And it’s not that they’re bad, by any means.

Wines battled throughout on a cold Perth afternoon when most of us would have been happier downing a few of his namesake, while Rozee and Dixon were huge as the Power rallied (well, Dixon always is, but I’m talking specifically about impact rather than stature).

But yesterday’s comeback from 40 points down to almost steal the game was almost symbolic of their entire season, really: a modicum of resilience but too little, too late.

Of course, a 0-5 start wasn’t quite the ideal launching pad for their mooted premiership tilt, but one can’t help but think if they’d pulled off that 50-point comeback against Carlton it might have changed the complexion of their entire campaign.

Still, the important thing is – they lost.

And, to be fair (as I always am when discussing Port Adelaide), we shouldn’t understate how difficult it can be to kick two goals.

I mean, their SANFL side couldn’t manage it in four entire quarters against North on Saturday, as the side fell to a 126-point thrashing.

Apparently the hobbled reserves team’s 10-point total is the equal lowest in club history, while the losing margin is the highest.

Although it’s probably a consolation to all their supporters to point out it’s still well shy of their club record 165-point AFL loss to Hawthorn in 2011.

Which is, of course, relevant given – as we’re always told – they are in fact all #oneclub. 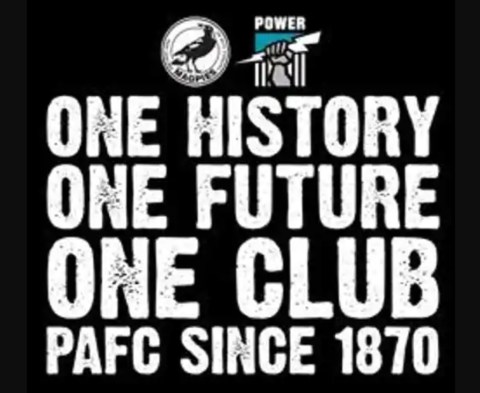 Still, it’s easy to make light of Port’s pain (fun too), but we must accept it’s merely a helpful pastime to help forget one’s own club’s travails, with the 14th-placed Crows remarkably somehow losing to the reigning Premier and ladder-leaders Melbourne on the weekend.

It was a peculiar lead-up, with the selection of perennial first-choice pressure-forward Lachie Murphy over looming debutant Tariek Newchurch receiving an appropriately measured response on social media.

The dynamic between Adelaide’s senior team and reserves side is as interesting as it’s ever been this season: Matt Crouch had 17 first-quarter touches en route to 41 with 11 clearances and two goals against the Bays on Saturday – and there’d still be rioting in the streets if he’s selected for the rebuilding AFL side this week.

Still, despite our contractually-mandated third-quarter fadeout, we actually held up well in an even opening half – even outplaying the league’s best team at times – and the eventual 29-point loss kind of felt like a step forward regardless. 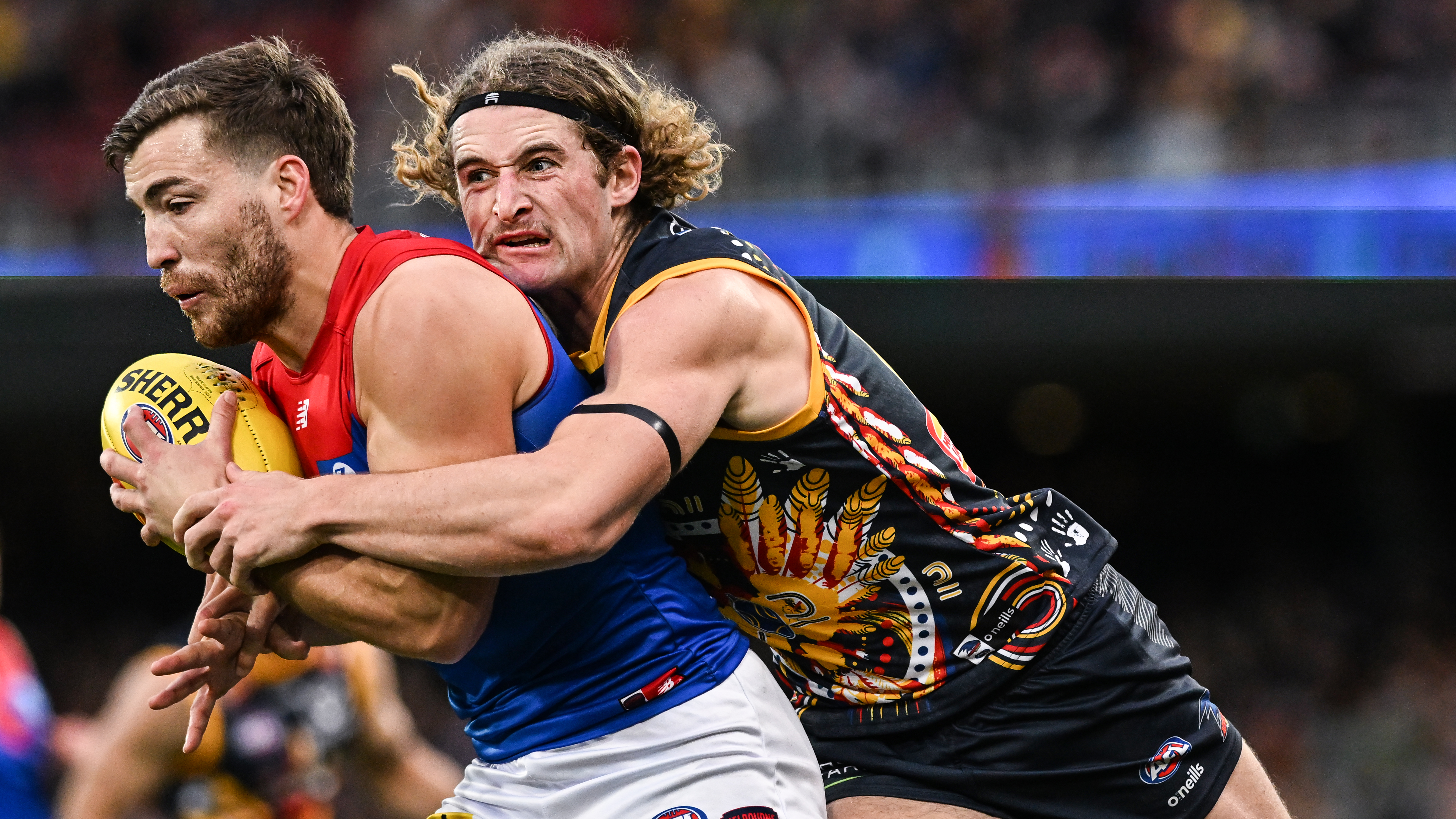 But that’s the thing about football:

Which is why we keep on fronting up, week after week.

Even at your team’s most dire, you could still turn up one day and see them snatch an epic victory against a flag contender, as we did against the Dees last year.

(Unless you support North Melbourne, of course – they’re just terrible.)

For us though, for every dire defeat – every frustrating home loss where we could have pinched it against a genuinely good opponent but for wayward skills, moments of poor decision-making and just being generally Not As Good – there’s the time you’ll show up and snatch a home Showdown after the siren, or beat last year’s grand finalists by a point in Ballarat. 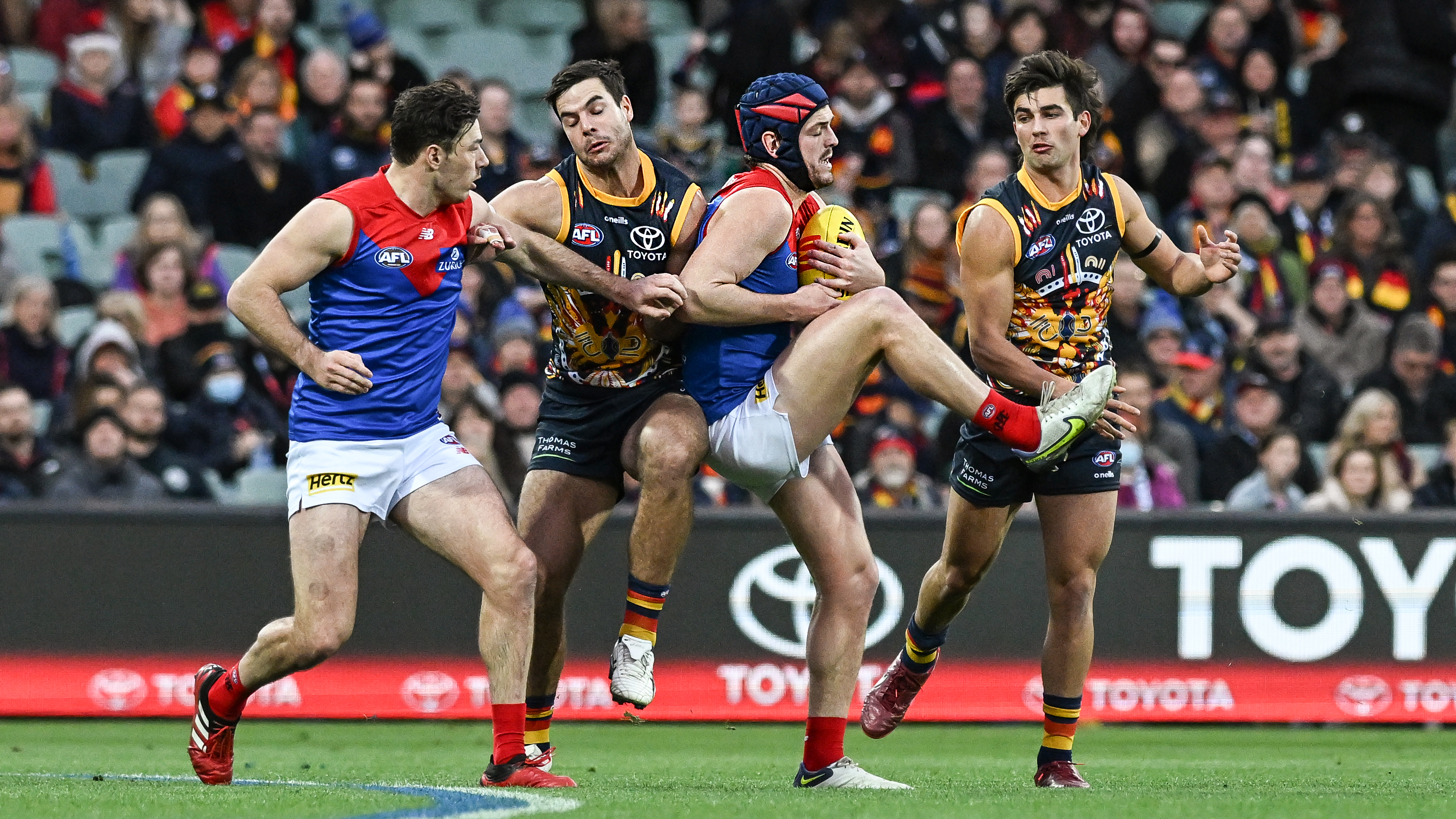 Which makes up for all those weeks you have to sit and watch the unfolding heartbreak with that familiar air of grim anticipation.

Still, a win of that sort’s been a while coming, and while we may enjoy Port’s season slipping into its funeral rites, the reality is ours was dead and cremated long ago, with each passing defeat merely a bitter reminder of that fact.

So, while it’s reassuring to revel in the schadenfreude of Port’s wasted year, it’s merely a momentary distraction from the ongoing realisation that the Crows still have a long, long way to go.

But as far as distractions go, it sure is fun.

Touch of the Fumbles is InDaily’s shamelessly biased weekly football column, published during the AFL season since 2014. Next week’s edition will be the final one, as our correspondent moves on to other things. For which Port Adelaide supporters will be pleased.