It was good because we not only won, but won with a ferocity belying our youthful exuberance.

Good too, because Dangerfield lost, and so did Jenkins, who was so dynamic I didn’t even realise he was playing until some point after half-time, and because it’s just possible that the Cats supplementing the league’s oldest list with a bunch of 47-year-olds, or thereabouts, wasn’t the masterstroke everyone thought it was.

Yes, it was good in all sorts of ways – but it was the best because it was so unexpected.

And not merely because the Crows were last year’s wooden-spooners playing last year’s grand finalists.

Anyone who watched those listless preseason displays against the hated Power would have forgiven me for revising down my best-case football ambition, from hoping to one day see Adelaide win another flag to hoping merely that they one day manage to somehow beat Port again. 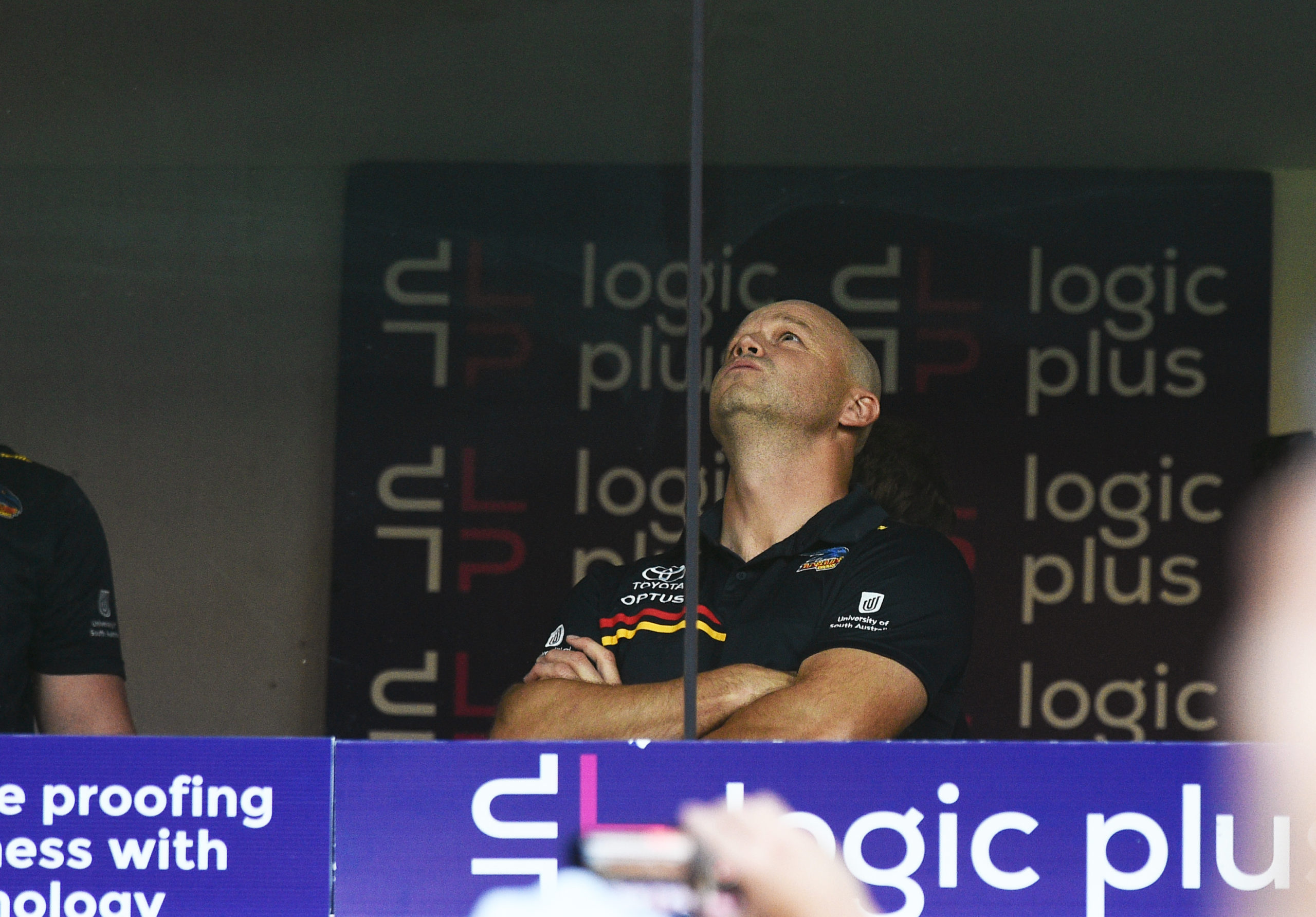 Not to mention the various off-field shemozzles of the days leading up to round one, which saw the Crows lose a once-promising but wayward young forward for no compensation (indeed, quite the opposite), and widespread reports that second-year defender Fischer McAsey – our highest ever-draft pick at the time – wanted out at season’s end (if not before, judging by his lifeless preseason performance).

And here’s the thing: even as a professional cynic, I’d quite come on board with the ‘rebuild’ concept. After two-decades-plus of competitive sides falling short at-or-near the final hurdle, I could well be convinced that our best chance of genuine success was to start again, virtually from the ground up.

And yet, the more I think about this, it occurs to me that when you’re rebuilding, it’s probably a good idea to draft players who are good, and/or want to play at your club.

Both ideally. But definitely not neither.

So while I get the romantic allure of looking at say, a Hawthorn or Geelong and their respective brief periods of pain in the early-to-mid-2000s, and appreciating that – as Phil Walsh once famously pointed out – it takes a lot of intense frustration to create a masterpiece, we may have missed one crucial element of their later successes.

The distinguishing thing about those Hawthorn and Geelong rebuilds was that they had good players. Very good, in fact. And quite a lot of them. It was a fairly fundamental element of their success, indeed, that in the weeks leading up to Saturday’s game one could be forgiven for presuming we might have overlooked. 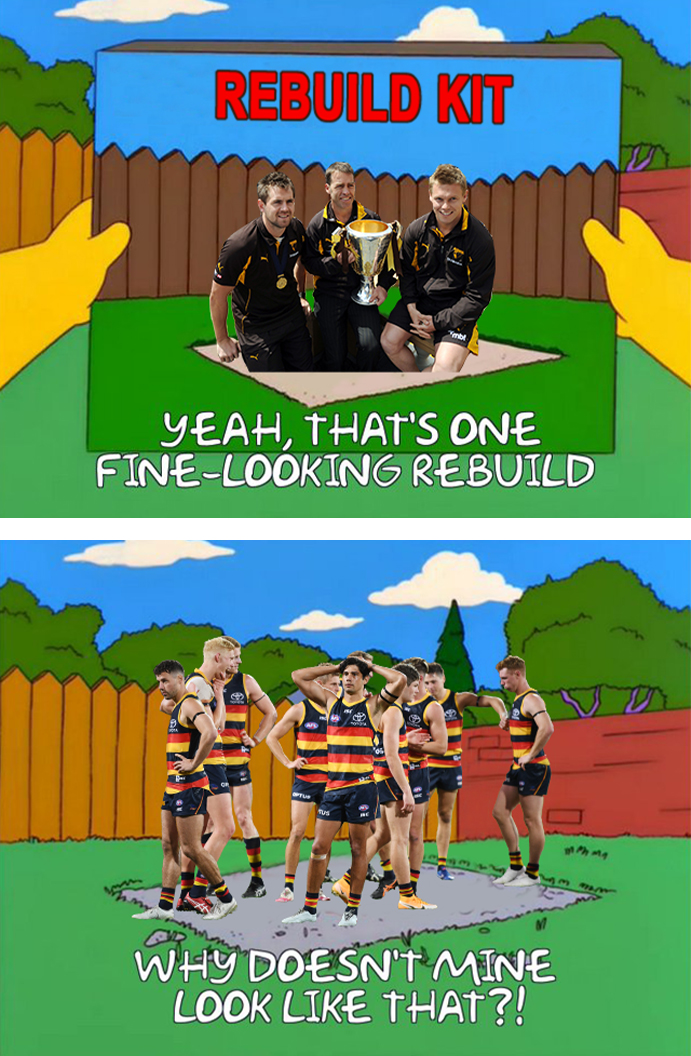 For it’s all very well to ‘attack the draft’, but it does place the success or failure of each selection gambit in a starker light when you’re literally replacing former best and fairests with speculative punts. Particularly when The Team We Don’t Like Very Much seems to be doing something similar but with far greater success. 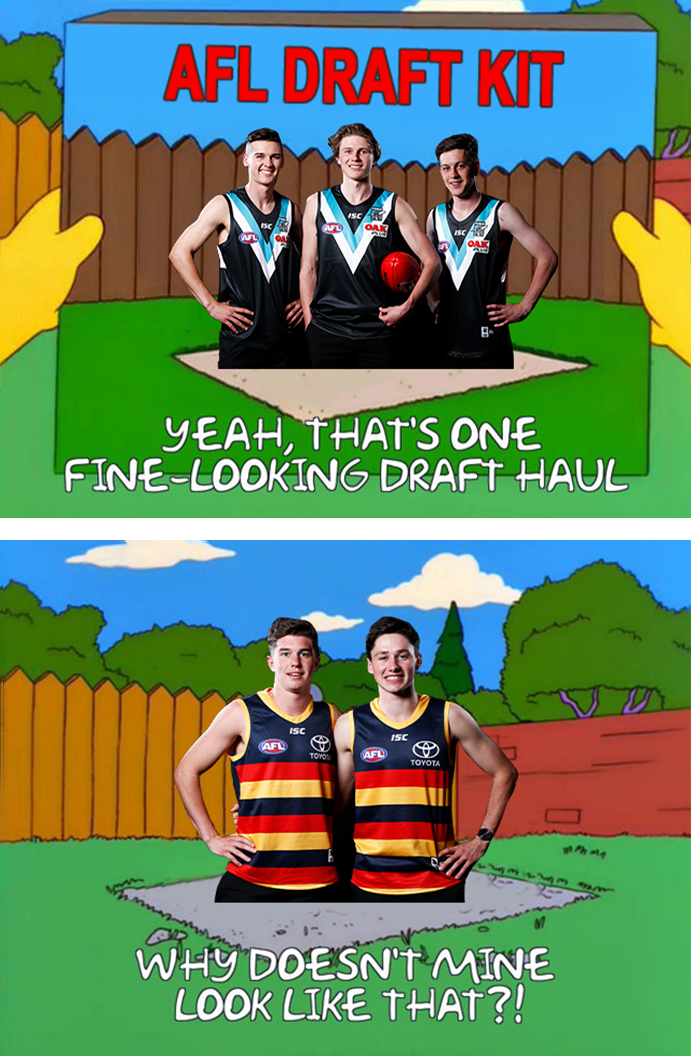 (NB: Yes, I’m aware I’ve now used this meme twice in one article, and I care not. I might even use it a third time.)

Still, I’d argue that if any combo of Rozee, Butters and Duursma had arrived at the Crows instead of Jones and McHenry we’d have definitely managed to break their spirits by now with our unique combination of unnecessary mind camp controversies and playing impressionable youngsters either out of position or not at all.

Hell, even if Dustin Martin had come to the Crows in 2017, as Ricciuto recently revealed was a genuine possibility, he’d have probably spent Round One ‘finding form’ in a reserves trial instead of being best-on-ground in our annual reminder that there are three absolutes in life: death, taxes and Carlton looking competitive against Richmond but ultimately falling short in a deceptive suggestion of competence.

Because in the end, the question for Crows supporters remains the same one we’ve been grappling with for around 23 years now: 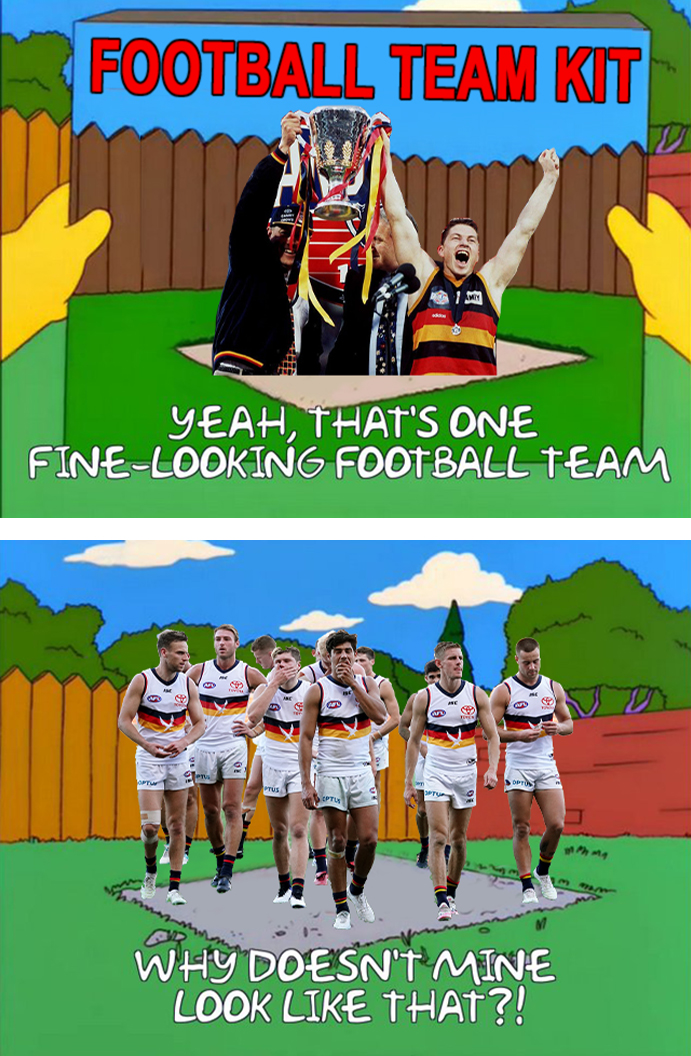 (NB: I told you so) Animations by Nicky Capurso

It’s also worth noting – well worth noting, in fact – that McHenry was one of our best on Saturday, pursuing the opposition with an intensity we saw almost none of in his eight games last year, as well as kicking two goals – two more than he’d managed in his entire career to date. 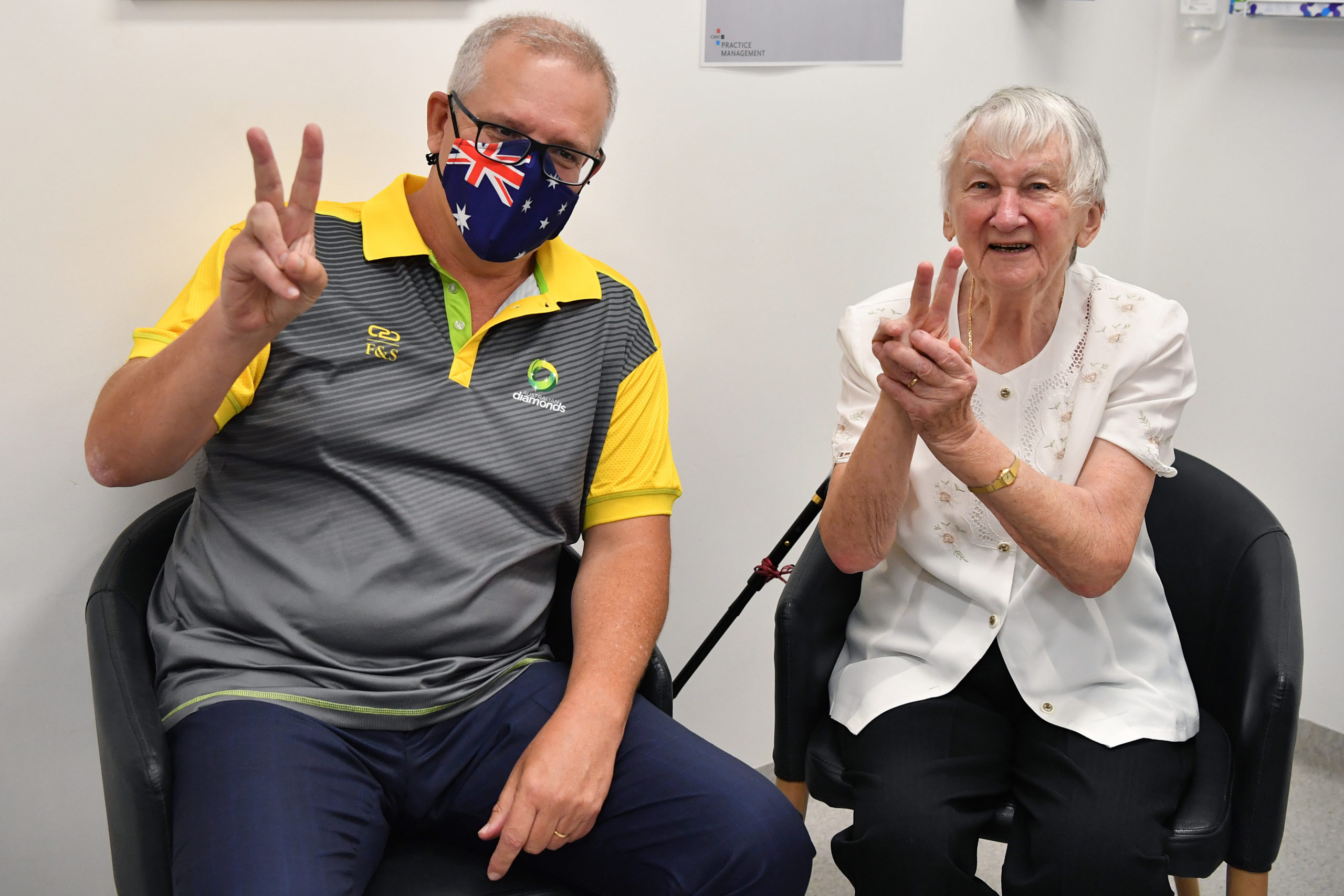 But before we revel further in Saturday’s game, a brief diversion.

As you’ve probably gathered by now, I didn’t spend the off-season harbouring grand plans of dizzying AFL success in 2021. In fact, I embraced the thought of not thinking about football like few off-seasons before it.

I mean, sure, we always have the (now officially finals-bounds) Adelaide women’s team, the yin to the men’s proverbial yang (is yin the good one? I can never remember), to fill the AFL off-season with weekly reminders of what it’s like to back a successful winning side.

But still, even as the season countdown began in earnest, and everyone else of an AFL-supporting bent began anticipating the return of the men’s game… 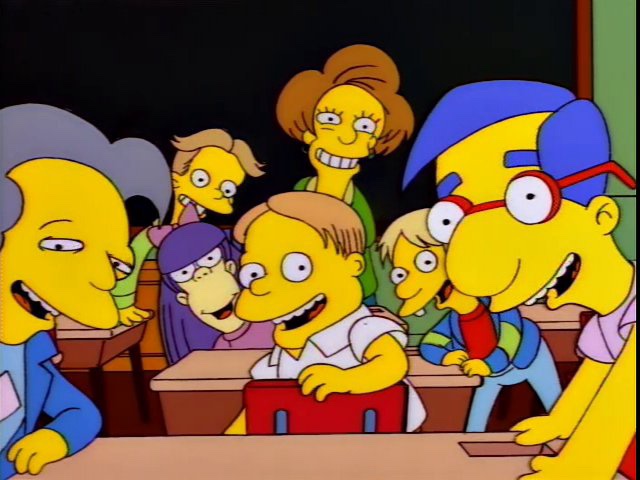 …I was instead merely anticipating another year of necessary but painful ineptitude: 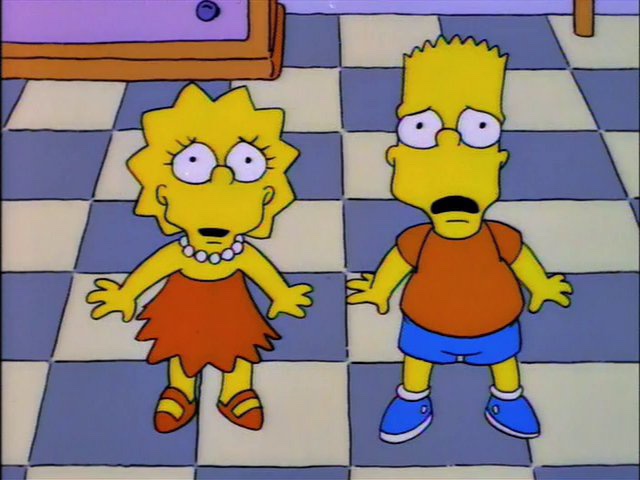 Even that Prime documentary series that got everyone else fired up about the forthcoming season merely served to remind us Crows supporters that we lost a heap of games in a row last year, most of them badly (I’m still only halfway through, but apparently – SPOILER ALERT – we win three out of our last four at the end). 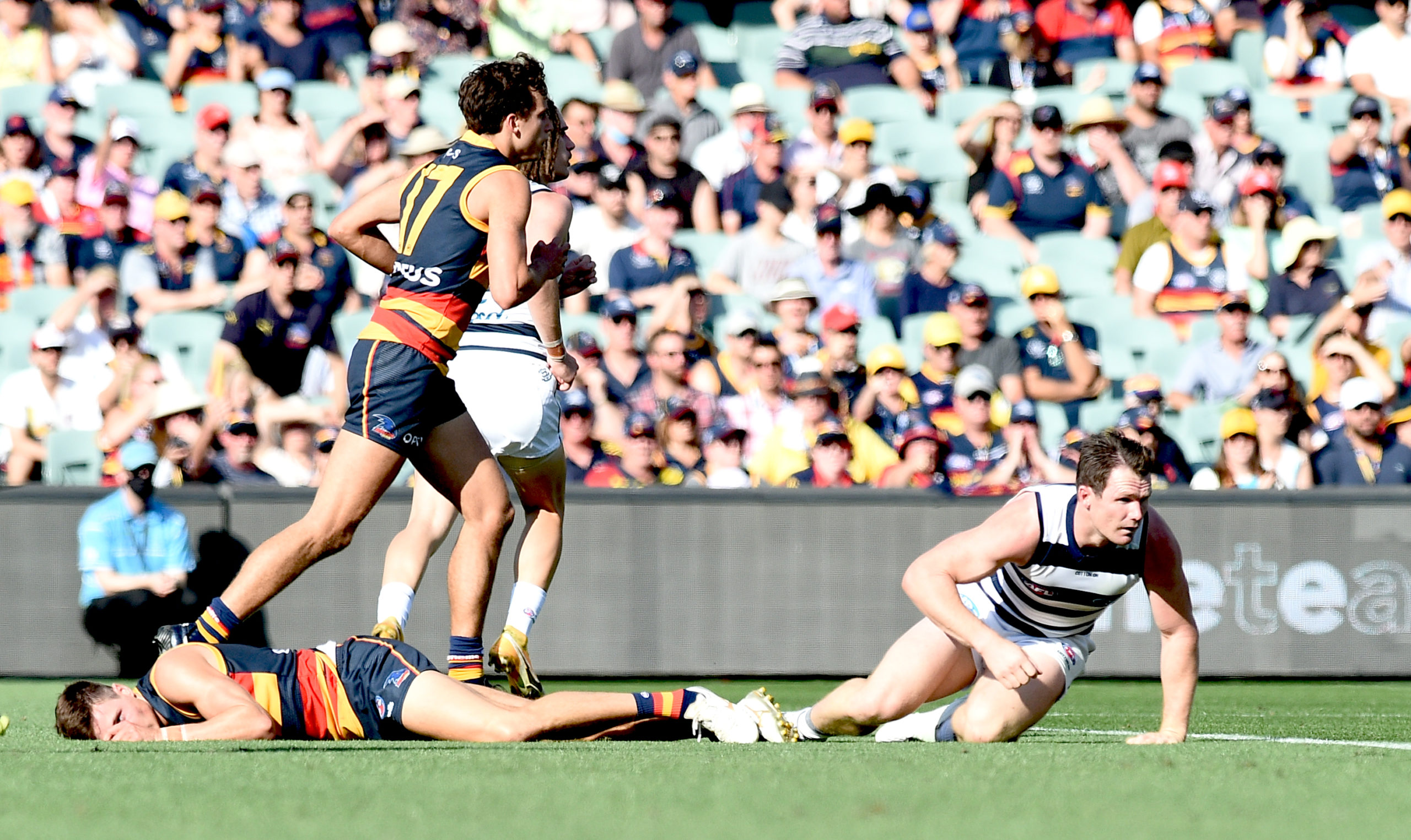 Anyway, it was all in all unsurprising that – abetted by the league’s new COVID-inspired rolling fixture – by the time Round One finally rolled around, I’d managed to schedule an entire day of Things Other Than Watching Footy, which I then had to delicately adjust.

And so it was that I found myself dropped from a family function at the top of Montefiore Hill in my least comfortable and most ill-fitting shoes, trudging down to the Oval draped in my Crows scarf and a certain nameless dread.

Things got off to an aptly-bad start, however, when – after baking in a COVID-safe queue for several minutes – I discovered that the barcode the club’s admin folk had told me to print out because they hadn’t gotten round to mailing my membership card yet failed to register at the entry gate.

I was sent back outside to a nearby ticket office (another queue), which sent me to a different gate, where I was sent to yet another ticket office, and then another – before the offending printout was finally replaced with a readable barcode.

Back to the original queue, and my mood wasn’t improved by hearing the opening siren as I waited, nor by the fact that the backs of my heels were by now a peeling mess of ruined flesh.

I finally arrived at my old, regular seat beside my old, regular mates, silently cursing my club and all associated with it – just in time to catch the celebrations for Tex’s first goal.

“Perfect,” I fumed to myself. “Our one good passage of play, and I missed it.”

Except that it wasn’t.

Not by a long shot. 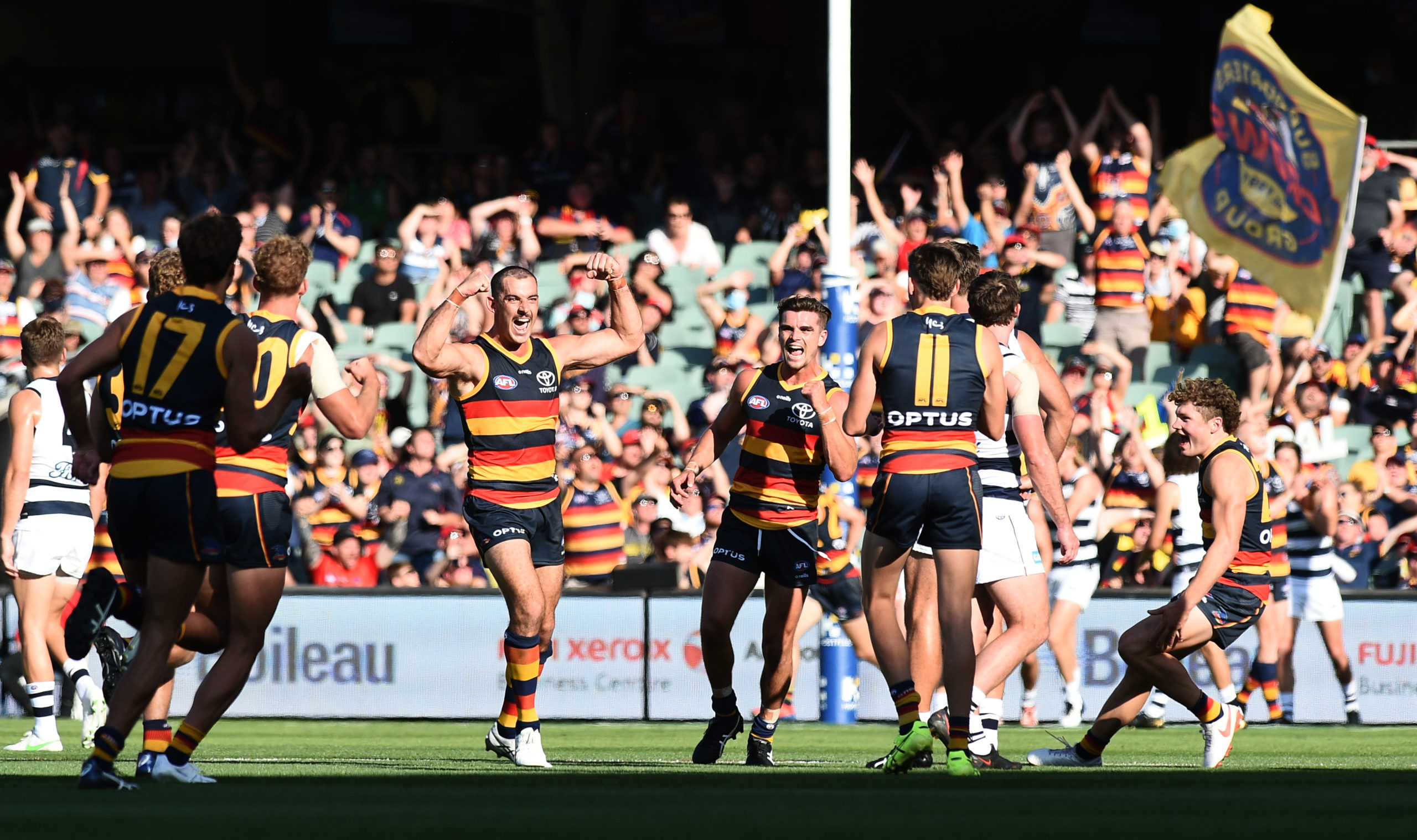 This Tex is on fire. Photo: Michael Errey / InDaily

And as we ground the Cats down, tackle by tackle, goal by goal, a most remarkable thing happened.

It was mesmerising – with every individual pressure act or smooth piece of play punctuated by a refrain I’ve become accustomed to uttering since we turned over almost our entire list:

And Reader, by the end of that first quarter, I stood on my sore, blistered and bleeding feet as that 40,000-strong COVID-marshalled crowd rose as one.

I don’t know whether it was just to acknowledge the efforts after our lean 2020 and pre-season, or simply that we figured if we didn’t do it now, the opportunity would pass when we inevitably gave the game away – but we stood, and clapped, and basked in the simple wonder of something we hadn’t done much of for quite some time: appreciating our team. 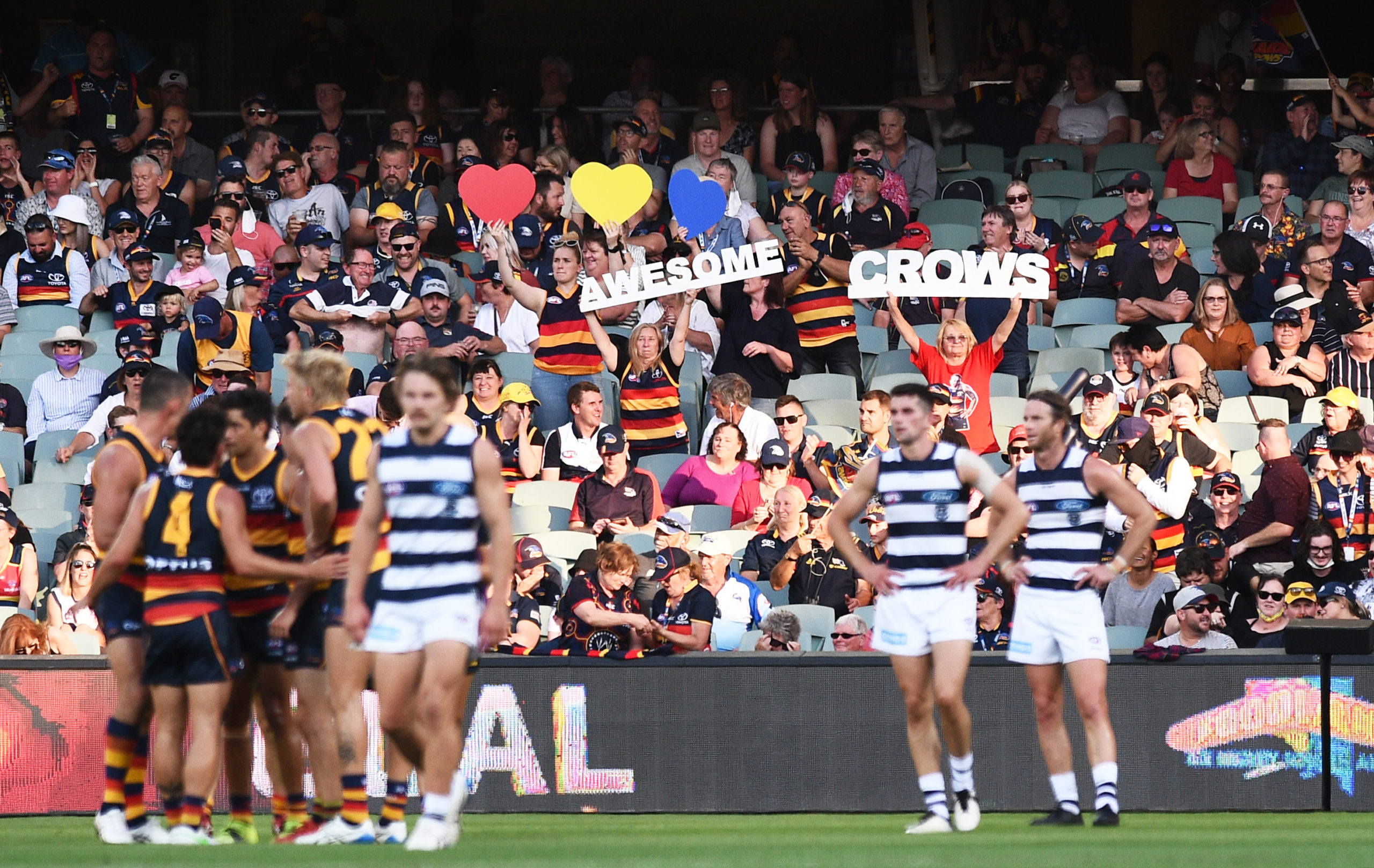 The AFL was back – and so were the Adelaide Oval crowds. Photo: Michael Errey / InDaily

Tex kicked another four before Geelong’s inevitable comeback, in a display that was almost taking the piss at this point: the former captain finding a rich vein of form a good two years after it could have been crucially useful.

Debutants Sam “Goose” Berry and Jimmy “Good Boy” Rowe had some magical moments, and it was all so good, I wasn’t even that annoyed about Logan McDonald – the guy we didn’t get at pick 2 of the draft – kicking three goals on debut for Sydney later that night, setting up a tantalising ‘Battle Of The Rebuilds’ against the Swans this week. 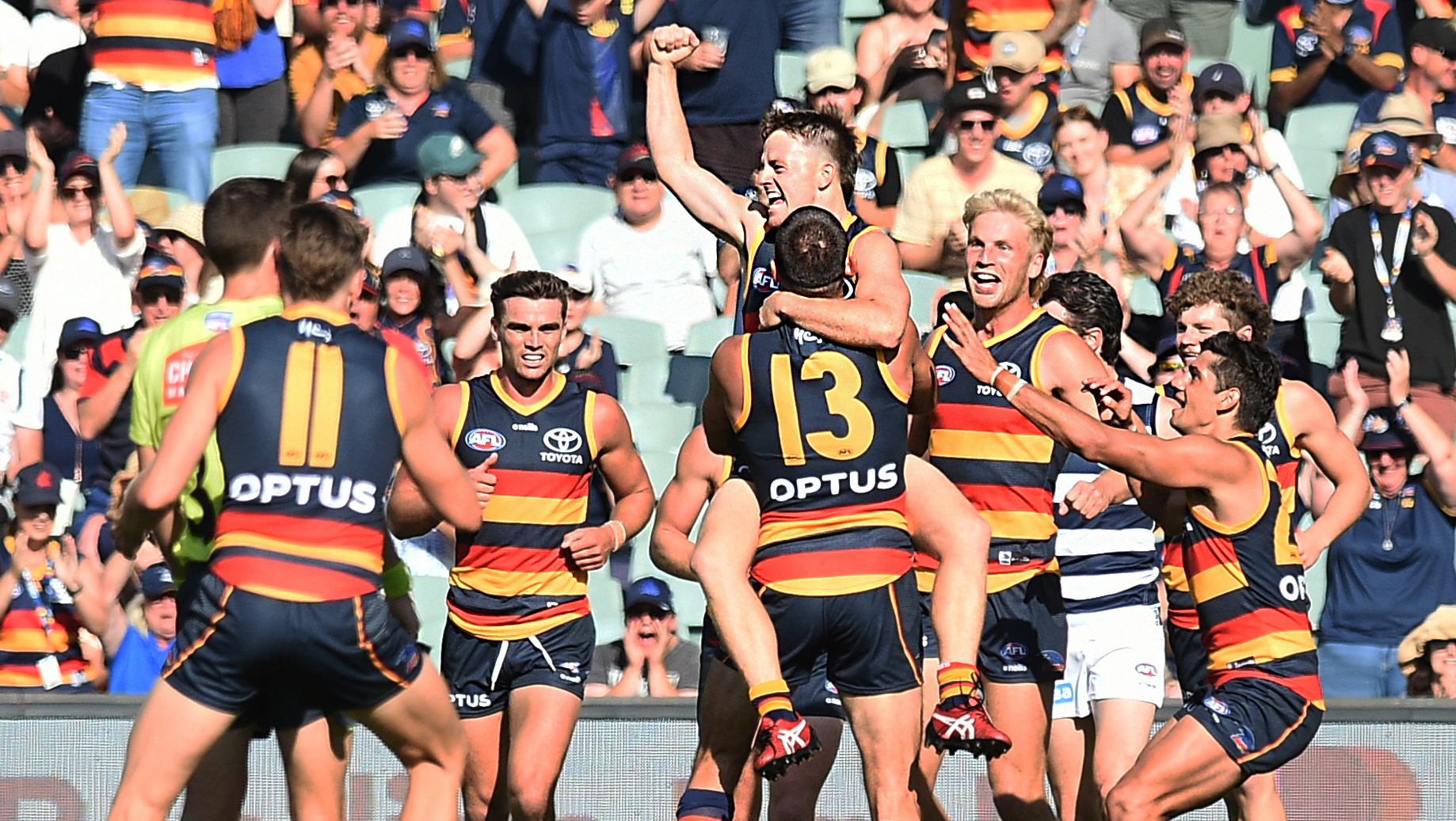 So good, indeed, that I hardly even noticed the hated Power’s inevitable walkover of the hapless North Melbourne yesterday.

Things couldn’t be going better for Port, in fact: a soft-looking draw, combined with the considerable benefit of the State Government lifting the Adelaide Oval attendance cap to 40,000 (their 2019 average was 33,950, in case you’re wondering).

But, this week at least, I care not.

This week, I’m not bothered by the fact that Round One wins by AFL minnows against well-credentialled sides are a dime a dozen, and that the likes of the Saints, the Suns and many more besides showed recent early-season form before going on to wooden-spoon ignominy.

So, yes: I know that the right thing to do here is keep a lid on things.

But right now, I think I can confidently say this much, at least:

Ok, I’m not quite clear yet exactly how, or why… but, like Saturday’s victory, sometimes you can’t explain these things – but rather, simply celebrate them.

Mind you, it occurred to me in hindsight that my pre-game travails, and their eventual reward, might have been some kind of symbolic reminder that our path to redemption will be a painful one, or that – again – it will take yet more intense frustration to forge our masterpiece.

Although, on the other hand – maybe not.

In any case, despite my bloodied, raw and throbbing feet, there was a spring in my step as we hightailed across the river to the nearest bar to celebrate our inevitable impending flag triumph.

Baby steps they may have been, but these were the most significant strides we’ve taken in years.