Would it be a good time to point out that this season doesn’t really count?

I mean, I’m not saying it wouldn’t be nice to win this year’s premiership. And I’m not for one second devaluing Port Adelaide’s efforts last night in securing a home preliminary final.

But it might be pertinent, timing wise, to clarify that this year’s flag is really more of a Participation Award, a bit like those trophies they give out at Under 8s so that no-one leaves empty-handed.

Because I’d hate for any of you Port supporters to forget that and start getting carried away about everything.

And I’m really, genuinely glad for your success thus far: after all, you can’t get to 119 if you stop at one.

Yes, it was a promising prospect: Port playing the Cats in a final.

Historically, a scenario that ends well.

But, looking on the bright side, someone was always going to lose: and if it had to be someone other than Port, I’m glad it was Geelong.

After all, there is a certain schadenfreude satisfaction to be gleaned from watching the Cats’ season get crucified – by one of their former players. 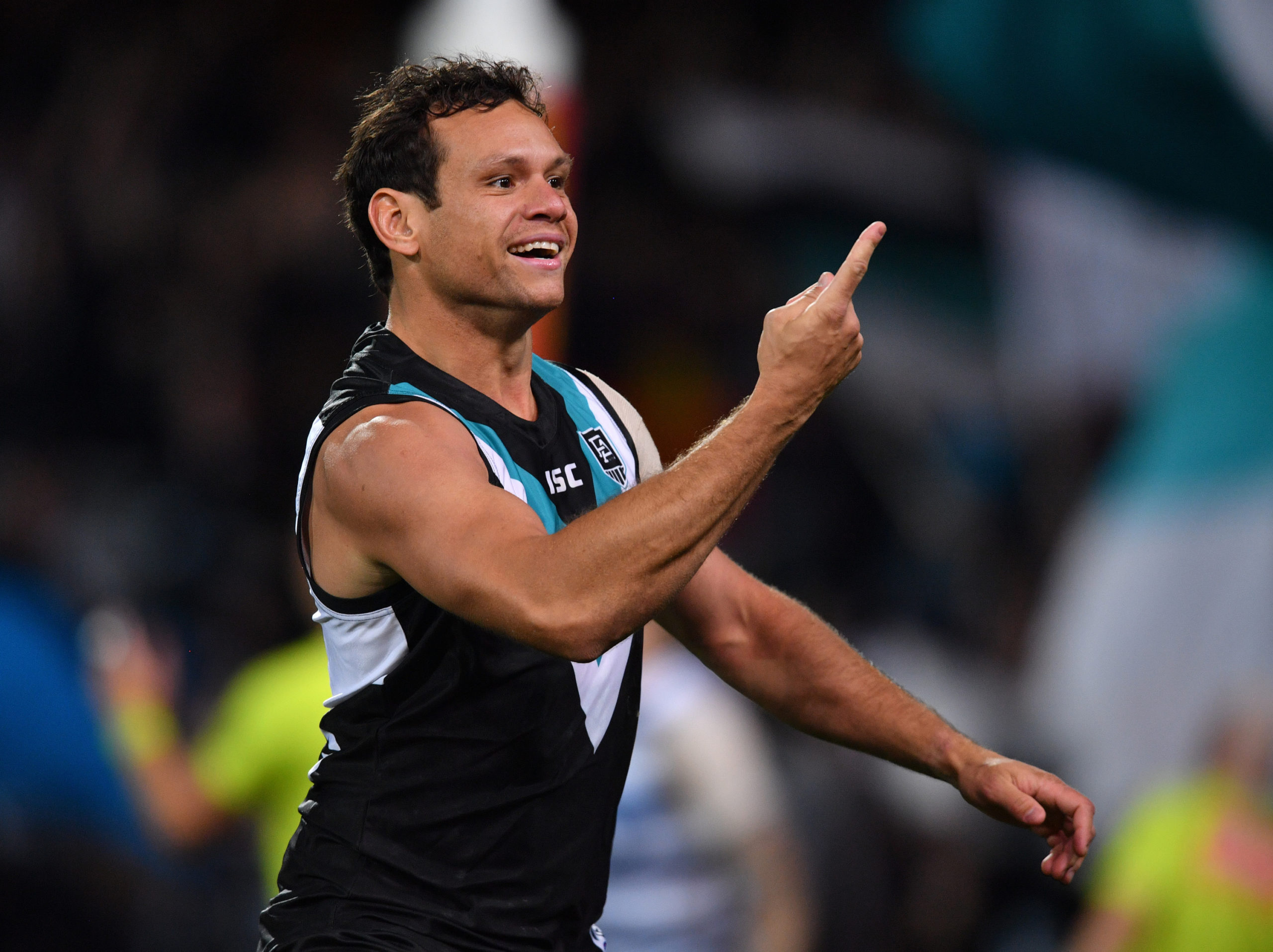 This one, to be precise. Photo: David Mariuz / AAP

Motlop was effectively the difference with his three goals – equivalent to Tom Hawkins’ average return across both their matchups this year.

Indeed, Geelong looked like they’d have been quite dangerous, if only they’d had a Coleman Medal-winning forward on hand. 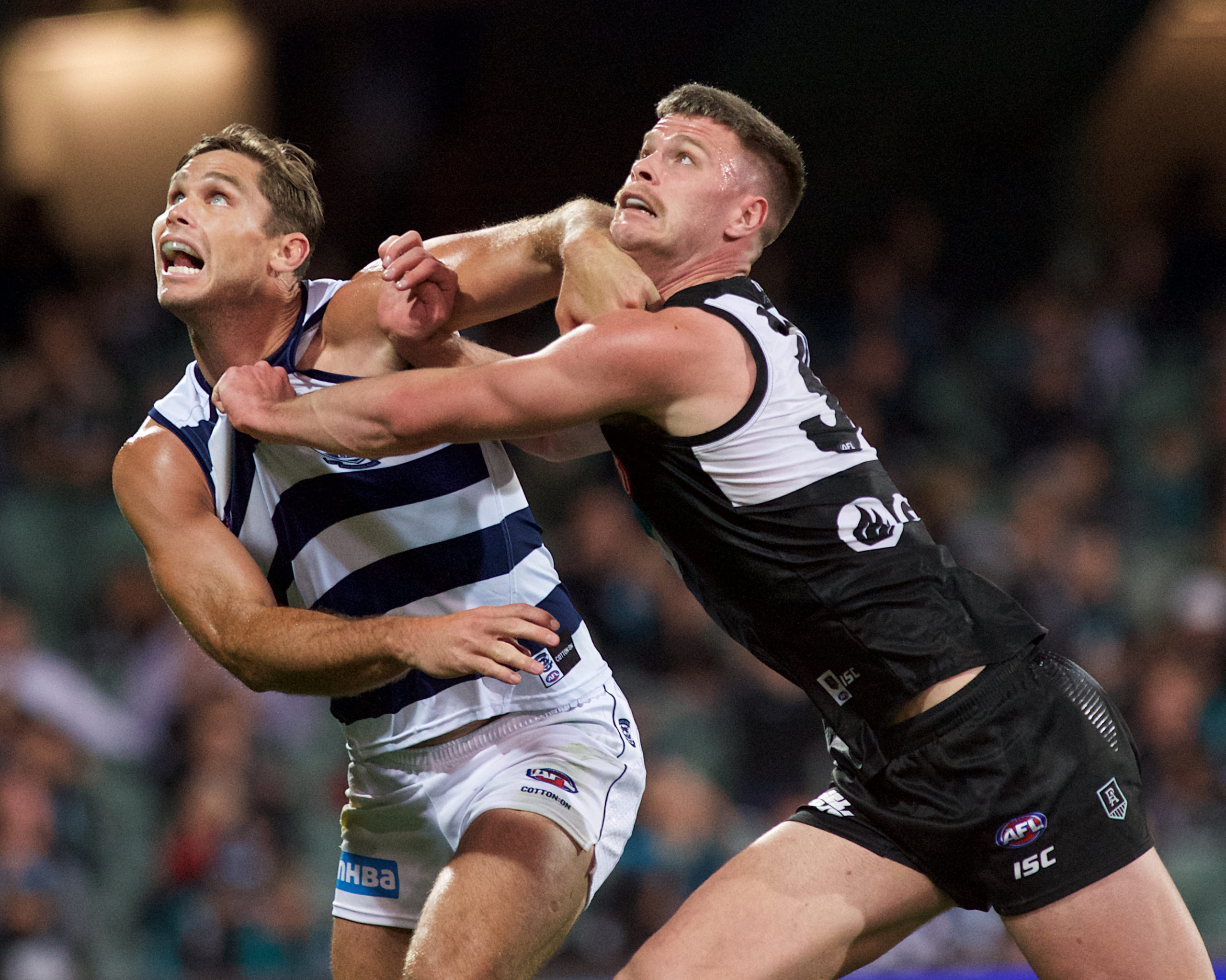 The Tomahawk misfired for five behinds and one out on the full. Photo: Michael Errey / InDaily

Though Paddy Dangerfield losing a final can never truly be a bad outcome, can it? Still, he has his All Australian captaincy to console him – at least until he leaves to join a different All Australian team closer to Moggs Creek. 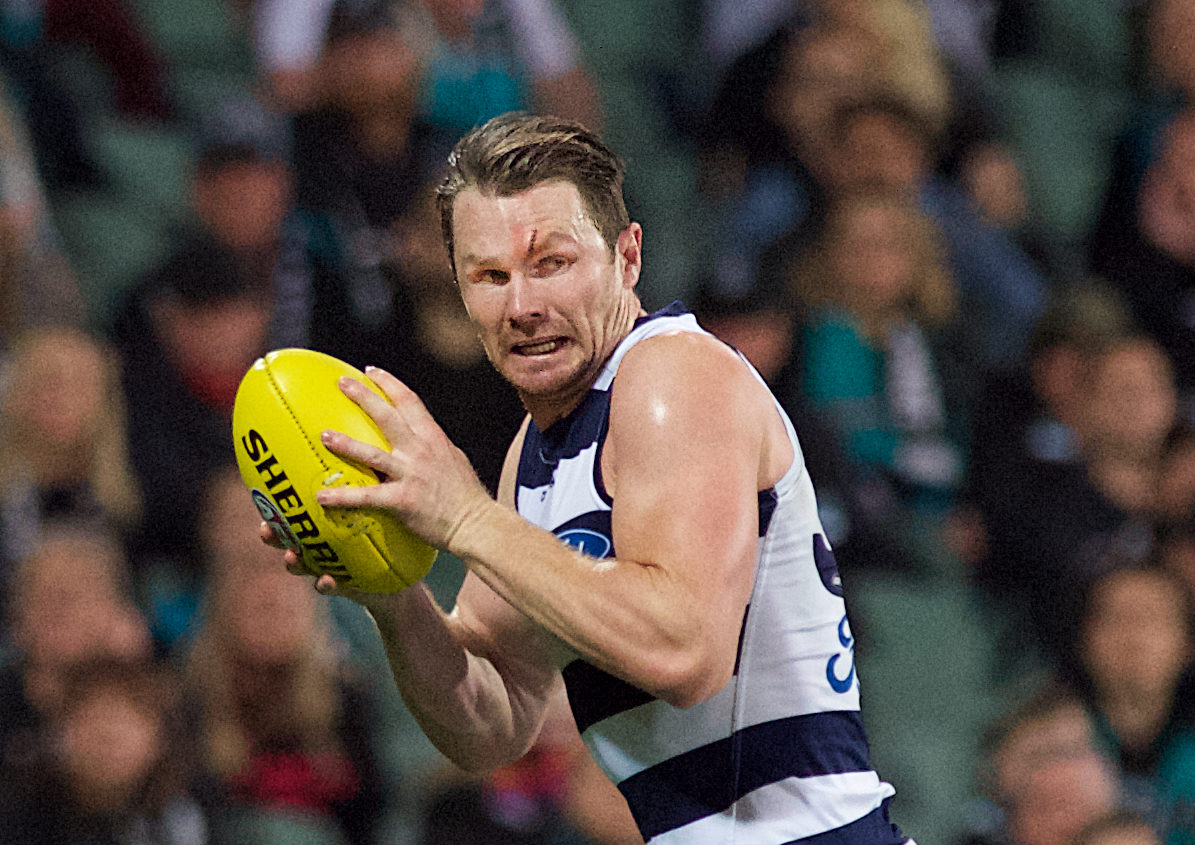 As for the Power, they’re now clear favourites to make the Grand Final (which, to be clear, absolutely doesn’t count), with Ken Hinkley affirming their intent by declaring: “We don’t not believe.”

It’s hard to recall a year in which so many unsympathetic teams have gathered together in the upper rungs of the ladder at any one time; truly, the race for the Participation Award is comprised of a veritable Basket of Deplorables.

And if the inevitable consolation to come from last night was that either Port or Geelong would lose, we’re also still early enough in the finals race to hope for an eventual third option.

Not that that would leave much to celebrate.

Even with Brisbane trying to elicit sympathy by dropping Cam Ellis-Yolmen on the eve of the finals (a clear sign they’ve been studying the Adelaide playbook – we’ve been utilising that move for years) they’re still left with a trash-trove of ex-Crows to sour any unlikely success.

While bearing a grudge against the Tigers at this point seems about as pettily futile as taking someone’s Mark Bickley Award away right before they win three premiership medals in a row, it seems counterintuitive to wish anything but ill will on the team whose breakthrough success simultaneously prompted my own team’s untimely – and ongoing – self-implosion.

To be quite honest, if it weren’t for the fact that this year’s Premiership – let’s call it The COVID Cup – doesn’t really count at all, I’d be feeling quite despondent about the way things are panning out this week, with watching the impending Finals series looking increasingly like a gruelling chore.

If Port winning their first final since 2014 – the year your Fumbles correspondent started this joyless exercise in self-flagellation – wasn’t enough of a pisser, it came just a day after a most unwelcome commemoration, as my friend Zuckerberg was only too keen to remind me. 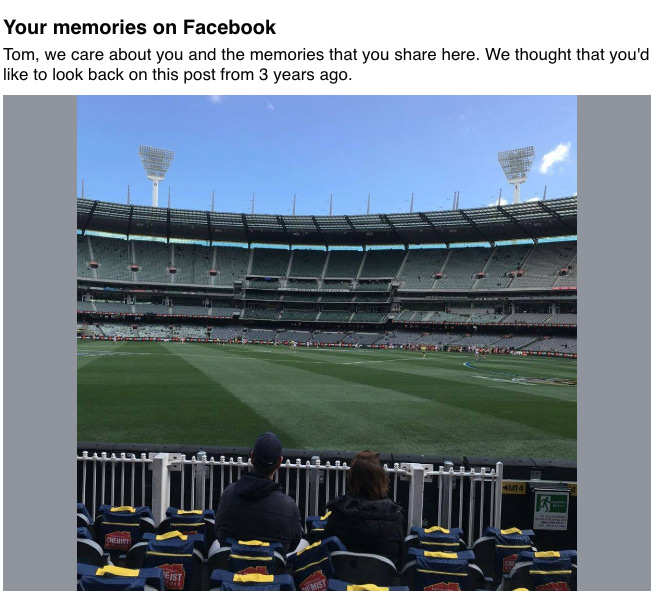 And the triggering anniversaries didn’t stop there.

I’d had no idea at the time that my future enjoyment of one of my hitherto favourite songs was being destroyed on the actual 14th anniversary of its release.

We performed at the AFL Grand Final 3 years ago today. ? pic.twitter.com/CZdYlPx6Ap

Frankly, I doubt anyone’s felt as betrayed by a musical act since Bob Dylan broke out the electric guitar at Newport in 1965. 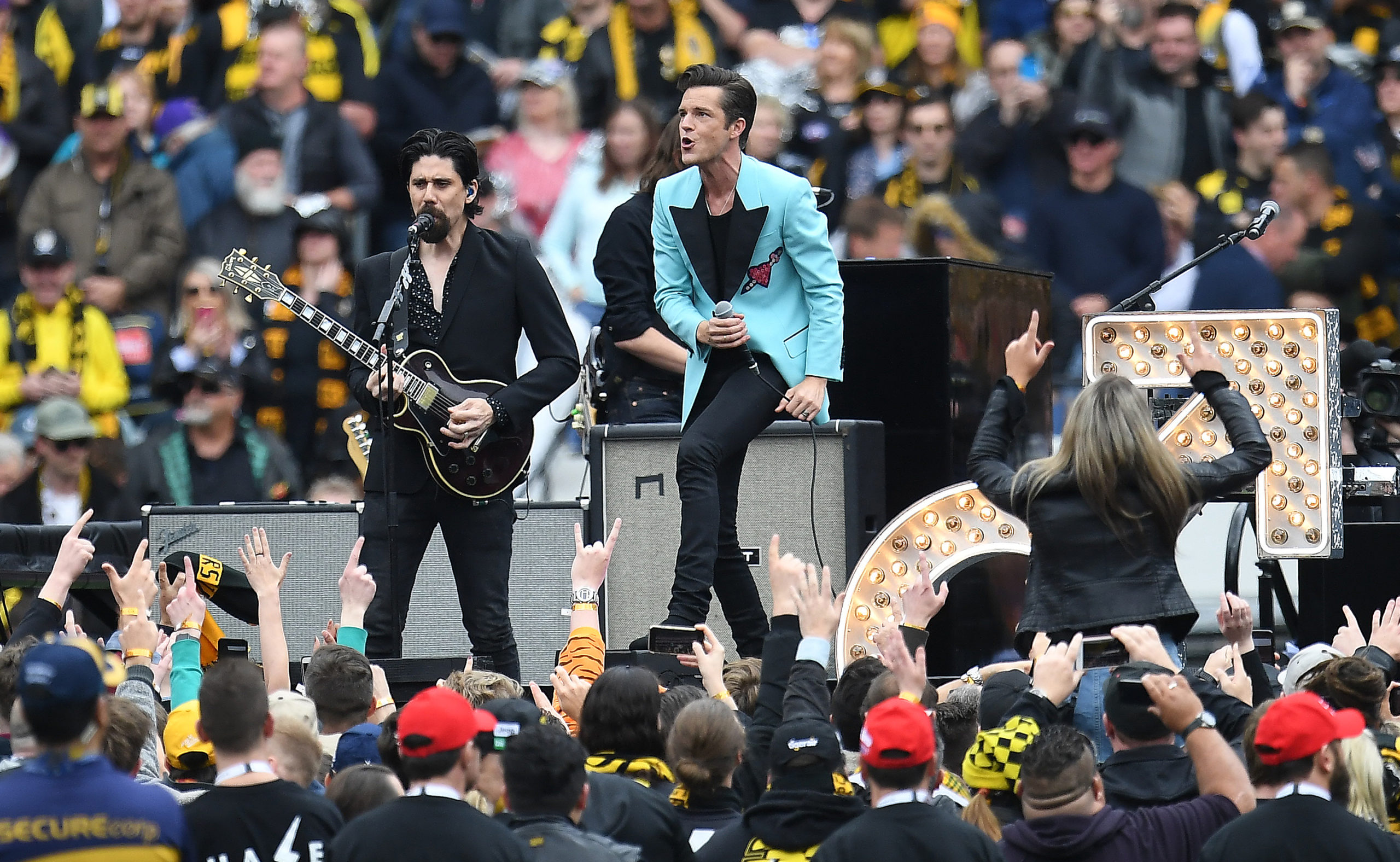 Anyway, it aptly rounded out what’s been a typically disastrous post-season thus far for the Crows – who have honed a knack for off-season chaos over many years of effort.

It started promisingly enough, with Lachlan Sholl belatedly awarded his Rising Star nomination. After failing to get the nod the previous week for his 24-touch, two-goal effort in a 16-point win, he instead managed to impress the judging panel with a 19-touch, zero goal effort in a 44-point loss.

Which was a bit like the time they had to give Russell Crowe an Oscar for Gladiator because they forgot to give him one for The Insider the year before. 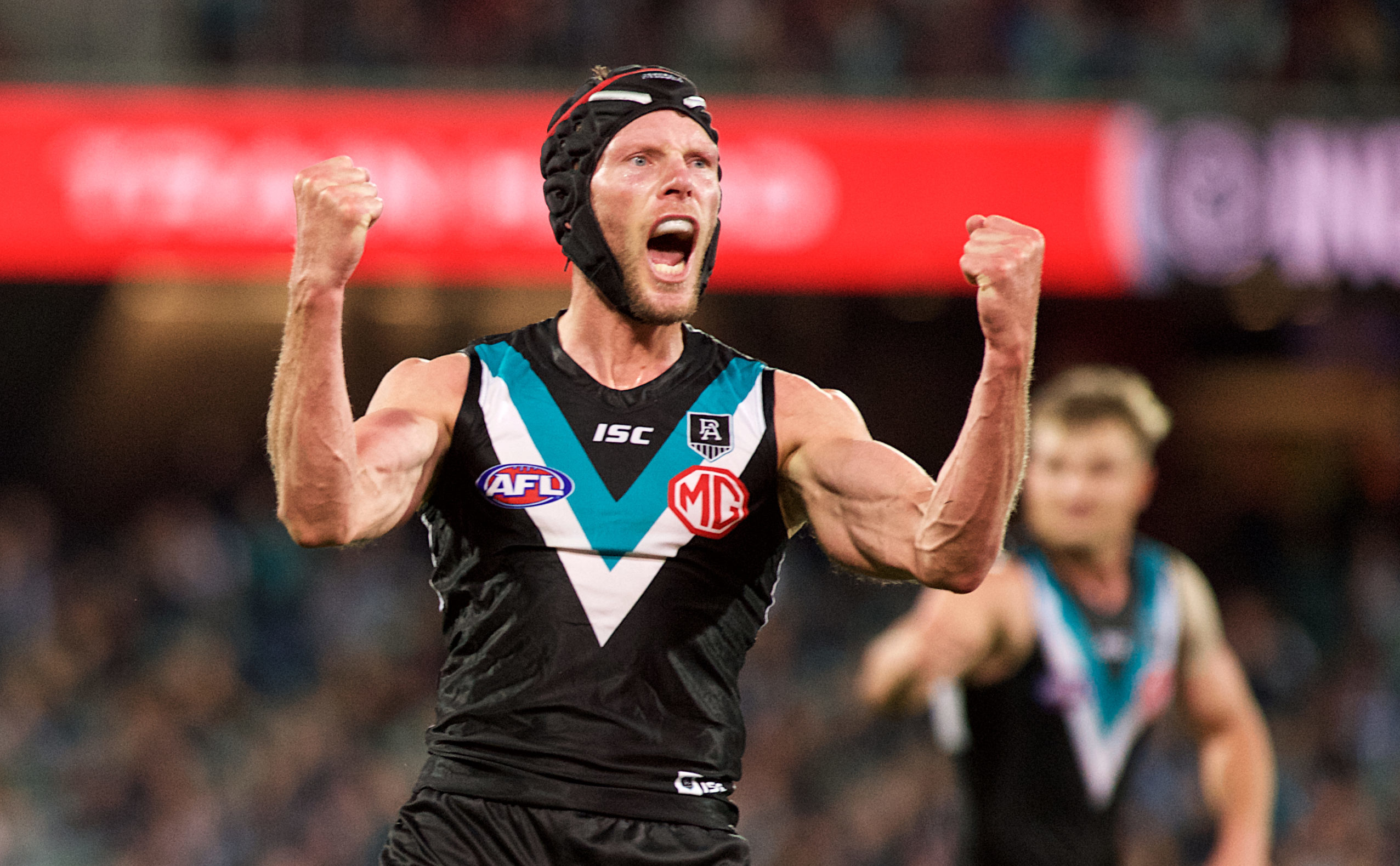 We then saw the usual run of departures, with Knight, Wilson and Taylor beginning the clearout, on the heels of the already-departed Bryce Gibbs and Rory ‘Rat’ Atkins.

Then the club started selling some hope for the year ahead by refreshing its coaching panel, bringing back former captain ‘Yes We Can’ Berlo, and hiring perennial senior coaching runner-up Scott Burns, a man who has already served as an assistant at West Coast, Collingwood and Hawthorn, all of which have enjoyed long stints in the upper echelons of the ladder in recent years.

Just not at the times he was with them.

Van Berlo has already partnered with Crows director Mark Ricciuto on one rebuilding project, so I guess he figured the club was currently in a similar phase to their ongoing Hackney Hotel venture: 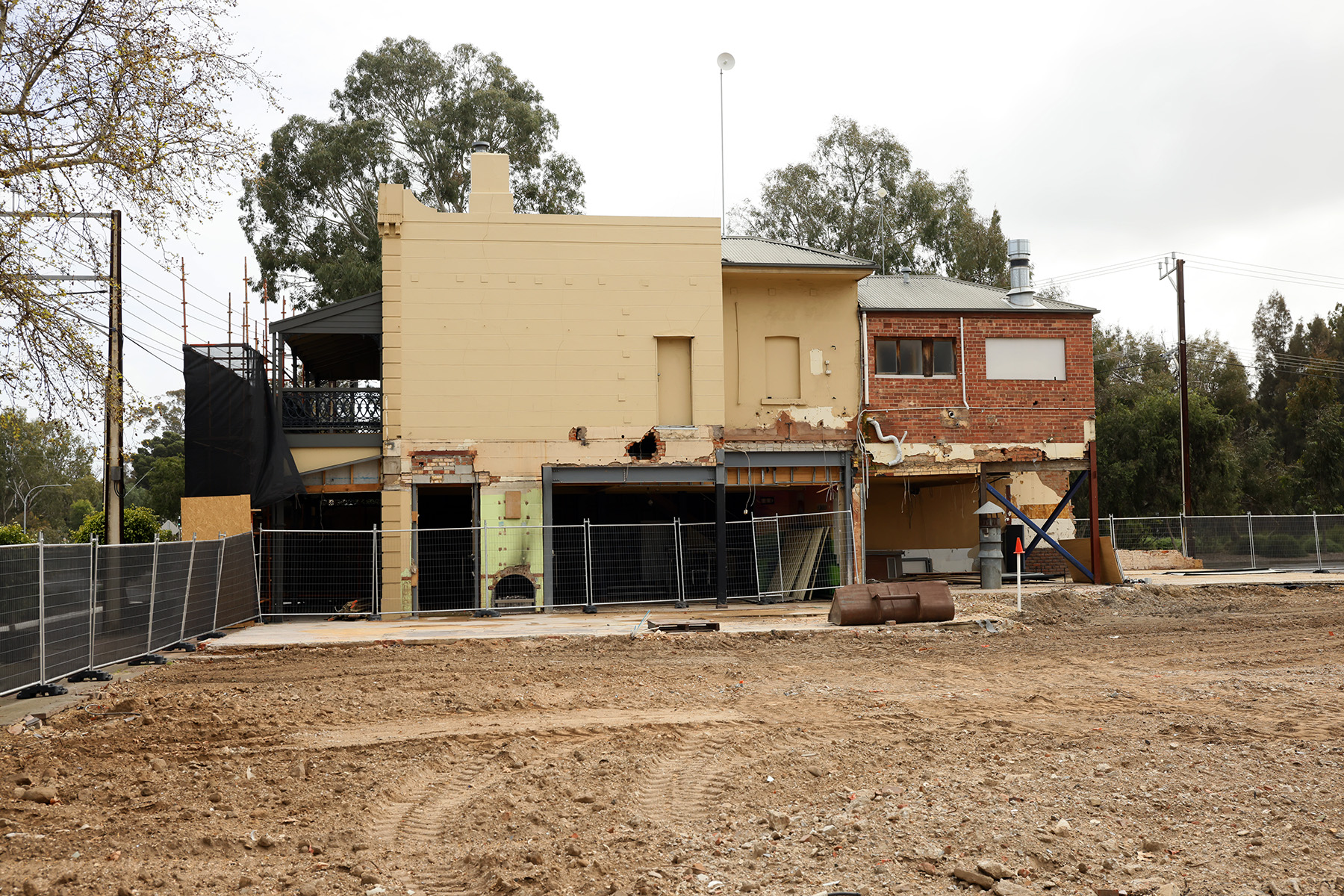 But all the goodwill soon evaporated when former club champion Brad Crouch committed a monumental, worst-case-scenario mistake that has cast serious doubt on his judgement, intelligence and character.

Yep, he publicly declared he would “definitely consider” a move to Port Adelaide.

Oh, and also got busted allegedly in possession of illicit drugs, which is also kinda bad.

I’m beginning to think we may have misunderstood when we heard Brad was looking for a ‘new deal’.

Personally, I’d have preferred to see a bit more white line fever during the actual season itself.

But besides the inevitable bad publicity, it’s also monumentally unhelpful to both him and us vis a vis his impending inevitable departure, his run-in with the law coming just as his management was presumably entering into serious free agency negotiations with prospective new clubs.

Needless to say, the fallout has probably knocked a bit of value off that purportedly lucrative contract he was hoping for.

Which in turn affects the value of compensation Adelaide can expect for him – which has definitely put Brad well in arrears in the perennial ‘Favourite Crouch Brother’ contest.

Also busted with Brad was emerging forward Tyson Stengle, who was already facing a separate charge of drink driving in an unregistered car while disqualified – which means he’s now officially on Strike Two of the 10,591 allowed by AFL clubs for players who look like they might help you win a few games. 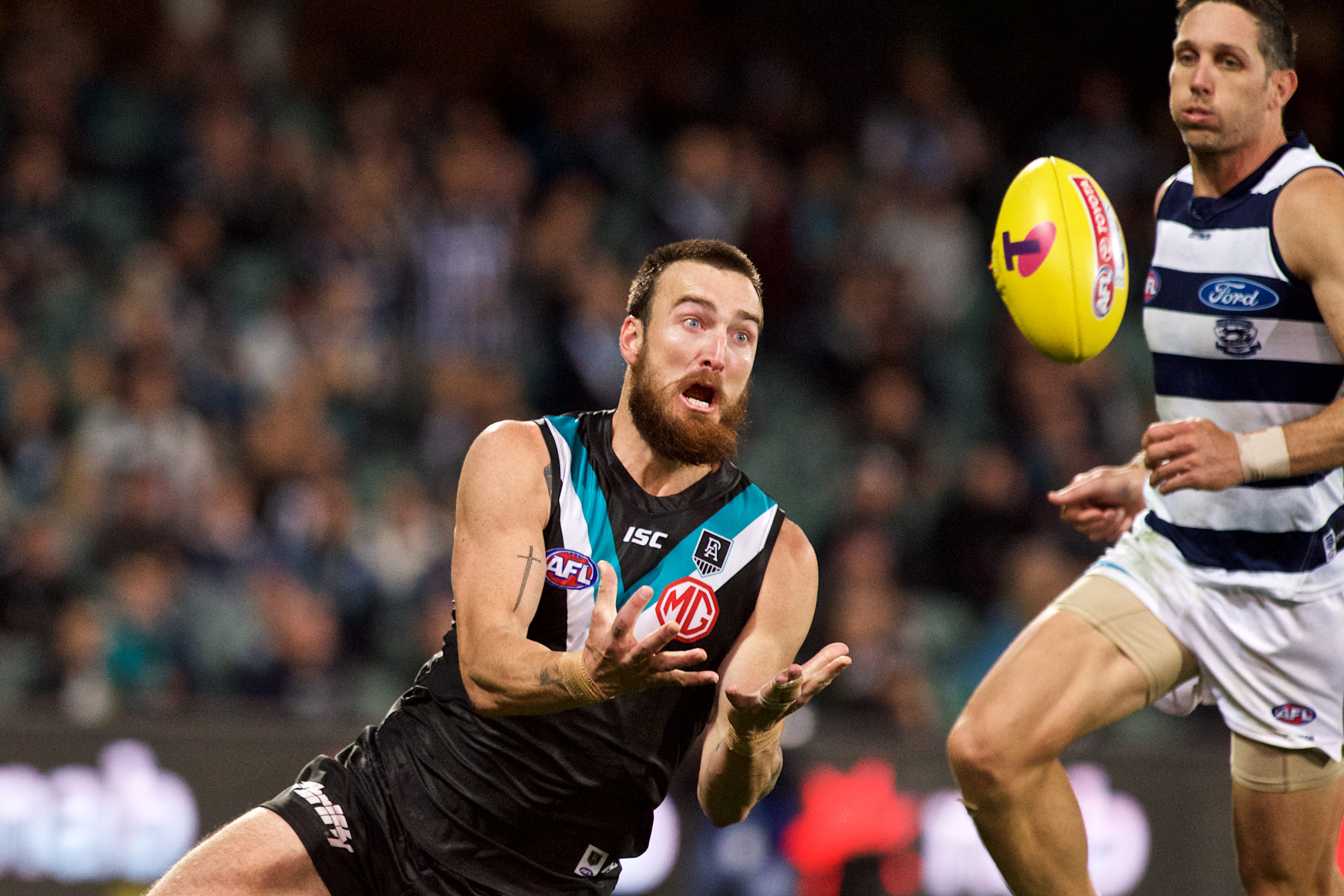 Their efforts even managed to overshadow the revelation that Port utility, former No.1 draft pick and noted cleavage enthusiast Jack Watts was also courtroom-bound, after allegedly leaving the scene of a traffic bingle just days before his seemingly-random retirement.

I’m no lawyer of course, but I’d strongly advise Brad, Tyson and Jack to all consider using the patented ‘vomiting cat defence’ when they get their day in court.

And in case of any future mishaps, I’ve helpfully adapted the banner below, which Jack could print out in leaflet form and keep on hand – perfect for leaving under windscreen wipers and the like! 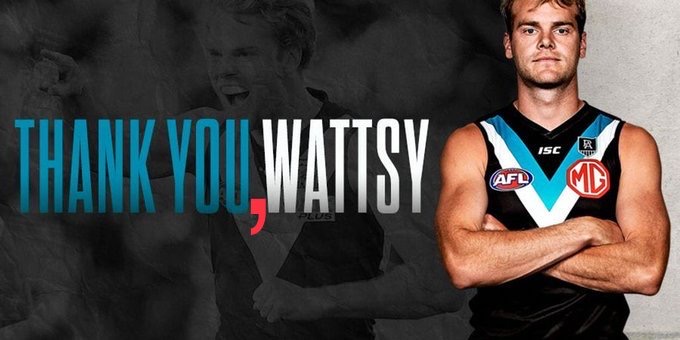 Still, our own woes helped ensure that an issue that might have otherwise overshadowed Port’s week became a mere footnote – and helped reinstate that familiar ‘2020’ vibe.

Just when things were looking up, too: we’d just got word that Mike Brady would play ‘Up There Cazaly’ at the ‘G on Grand Final Day.

Talking of nature, the Adelaide Zoo this week issued their annual confirmation that their resident loafers Wang Wang and Fu Ni had yet again failed to take advantage of their five-minute annual breeding window.

In a strangely upbeat missive, they enthused: “While no mating occurred between the pair, we are left feeling very hopeful for the future with fantastic behaviours witnessed between Fu Ni and Wang Wang.”

Given these guys have been attempting to set up the panda pair since Port last won a final, the breathless gusto initially confirmed to me that these zoo guys are obviously the most incurably optimistic people in the whole world.

But then it struck me.

No, bear with me here (no pun intended).

Adelaide Zoo’s relentless wide-eyed hope in the face of regular disappointment mirrors the futile dreams of Adelaide Crows supporters since about 2000 onwards: “Well, we didn’t manage it this time, but we saw a few good signs so we’re left feeling very hopeful for the future.”

A mantra we silently repeat to ourselves year in, year out – only for our perennially annoying club to do to those pathetic dreams what Wang Wang consistently refuses to do to Fu Ni (or the other way round, I forget).

At least this year, the year of the COVID Cup – we have one significant consolation.