In those heady days before COVID, we seemed to spend our lives obsessing about trivia.

The Old Normal was a world dedicated to thumbing its collective nose at Richard Carlson, the dude who wrote Don’t Sweat The Small Stuff.

Screw you, Richard Carlson. The small stuff? I sweated it.

I’d ponder far too long on problems such as whether to order pizza from up the road or Thai from the next suburb (the pizza could be delivered, but the Thai had to be collected – quite the conundrum).

I’d lament that I kept paying gym fees for a gym that I never attended.

Now, of course, we have real problems.

A global pandemic, primarily, which means that for many, they’re more worried about simply keeping their job and the health and welfare of their loved ones than life’s daily flotsam and jetsam.

For a time there, holiday destinations were limited to the couch or the back garden, while the local takeaway was struggling just to stay afloat. And I still never attended the gym, but at least I could pretend it was due to a public health emergency, rather than my own inertia.

This, we are told in one of 2020’s many defining clichés, is the New Normal – a sort of shorthand for the way things are now that puts the Old Normal, which at the time got rather a bad rap, into rose-coloured perspective.

And it’s a sort of parallel chain of events to my football fandom (which, to be clear, is in no way trivial at all).

Before 2020, I used to get annoyed about things that, in hindsight, were really quite minor grievances.

I’d be frustrated if we didn’t win well enough: say, letting a team peg back a big lead with a few late goals to hamper our percentage.

I’d worry that our good players might pick up an injury niggle.

I’d obsess about the teams immediately above or below us on the ladder, who we might have to face come finals time.

But now, of course, all of that feels like memories of some footballing nirvana.

These days, winning well feels like a luxury unique to those supporters whose teams can actually win in the first place.

There are no teams immediately above us – indeed, none within three games of us – and none below us whatsoever.

And we have no good players who might get a niggle, and even if our least mediocre player were to be struck down, their absence would hardly change the trajectory of our season.

Which, in case you missed it, is down.

Indeed, in the words of Jim Morrison, we’ve been down so goddamn long that it looks like up. Or at least, it will come draft day, presuming we don’t completely stuff it up.*

Of course, if this was a standard year and not the Football Apocalypse (as well as, quite possibly, the Actual Apocalypse) I could probably handle The New Normal of my team being Incredibly Shite.

But with Port Adelaide now sitting clear on top of the ladder and looking sure things for a premiership tilt – along with the outside prospect of a home Grand Final and a worst-case scenario of a Grand Final being played in a state where they’ve won six of seven games already this year – the New Normal can, frankly, sod right off. 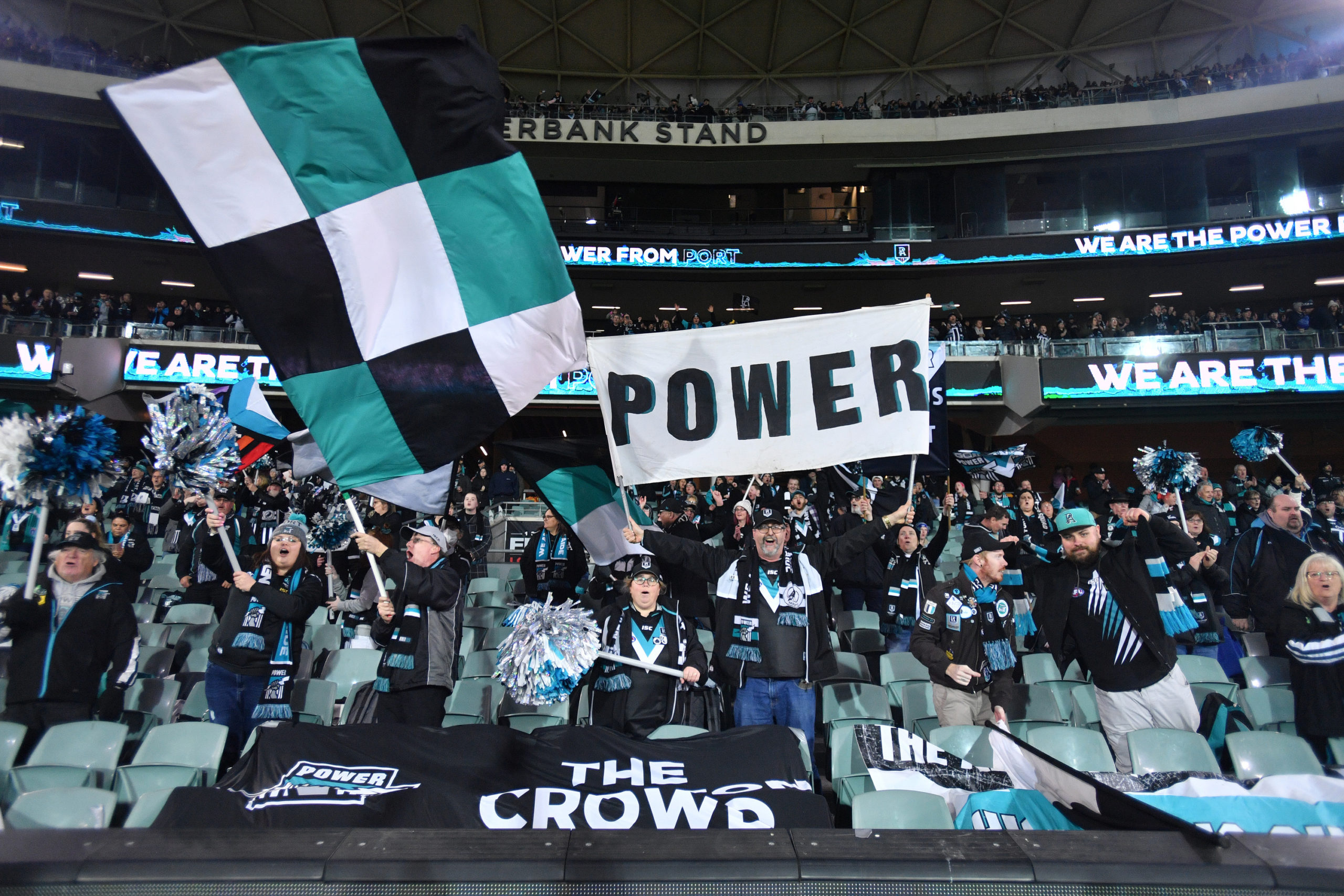 Port fans are happy, which tells you everything you need to know about 2020. Photo: David Mariuz / AAP

It is, of course, entirely in keeping with the 2020 aesthetic that we had to watch the two most unsympathetic teams in the league playing off for outright premiership favouritism on the weekend, in a game many pundits dubbed the match of the season (or at least many pundits who didn’t get round to watching the several matches that were much better).

It’s also deeply concerning that the shorter fixture, with five fewer games than The Old Normal, might not leave time for Port’s traditional late-season collapse.

Which isn’t to say they aren’t playing well.

No-one’s arguing that Port aren’t playing good football or that they don’t look a likely flag contender (albeit, y’know, in a year that doesn’t really count).

No-one’s saying they’re not a good side, in the sense of being on top of the ladder and having recruited well and mostly playing tough, attacking football and all that.

It’s just that, while all those things may be true, they’re basically the Devil and nothing good can ever come of their success.

As I wrote in 2014, the last time we genuinely thought Port might win a flag: if the devil was to take the form of a football team, do you think he’d be a dull, turgid, incompetent one? No, of course not. He’d play a pacy, highly-skilled, exciting, winning brand of football. How else would he expect to recruit unwitting followers to his diabolical mission?

So, by all means, get around them if you like – but it just means that you are tacitly endorsing the worst thing in the world and quite possibly the end of life as we know it.

And then of course, there’s the cruel irony that right at the moment we’d happily forget that football ever existed, it appears to be on more or less every spare moment of every single day – with Adelaide relegated to the mid-week ‘fixture of shame’, presumably for being so perpetually crappy.

Still, there was a certain pleasant novelty to going into this past weekend knowing my team couldn’t possibly lose. 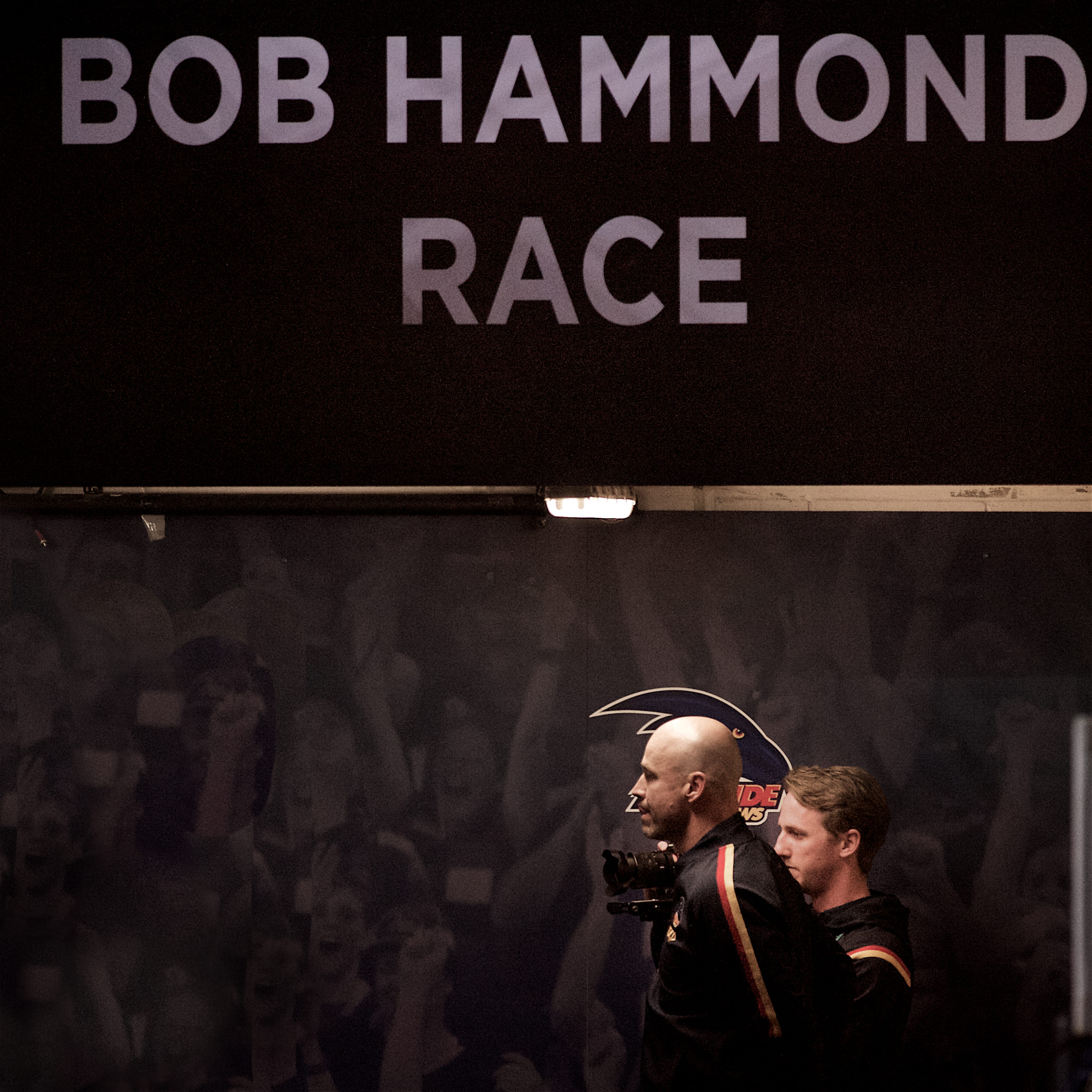 Is there light at the end of the tunnel? Photo: Michael Errey / InDaily

The good thing about this is that at the time of writing it’s now been so long since we last played, most of my anger, frustration and despair has all but evaporated leaving me only with mild bemusement.

It was, however, the first game I’ve managed to attend in the flesh this year, although the omens were not good from the get-go when the powers-that-be at Adelaide Oval opted to pump out The Killers on their PA pre-game. Know your audience, guys, FFS.

Still, in the event the Crows had a genuine crack and for three quarters there was a bit to like, even with the impending sense of apprehension that we’d find a way to ruin everything.

But, of course, there was a lot not to like for one quarter too, and that one quarter proved pretty decisive as it turned out.

You have to be philosophical – one team was always going to more than double the other team’s score, and on this occasion, the cards fell the other way.

And by the time the final siren sounded on our 51-point loss to the Not Very Good Demons, all we could do was think back to the heady days of a brighter era, such as the previous quarter. 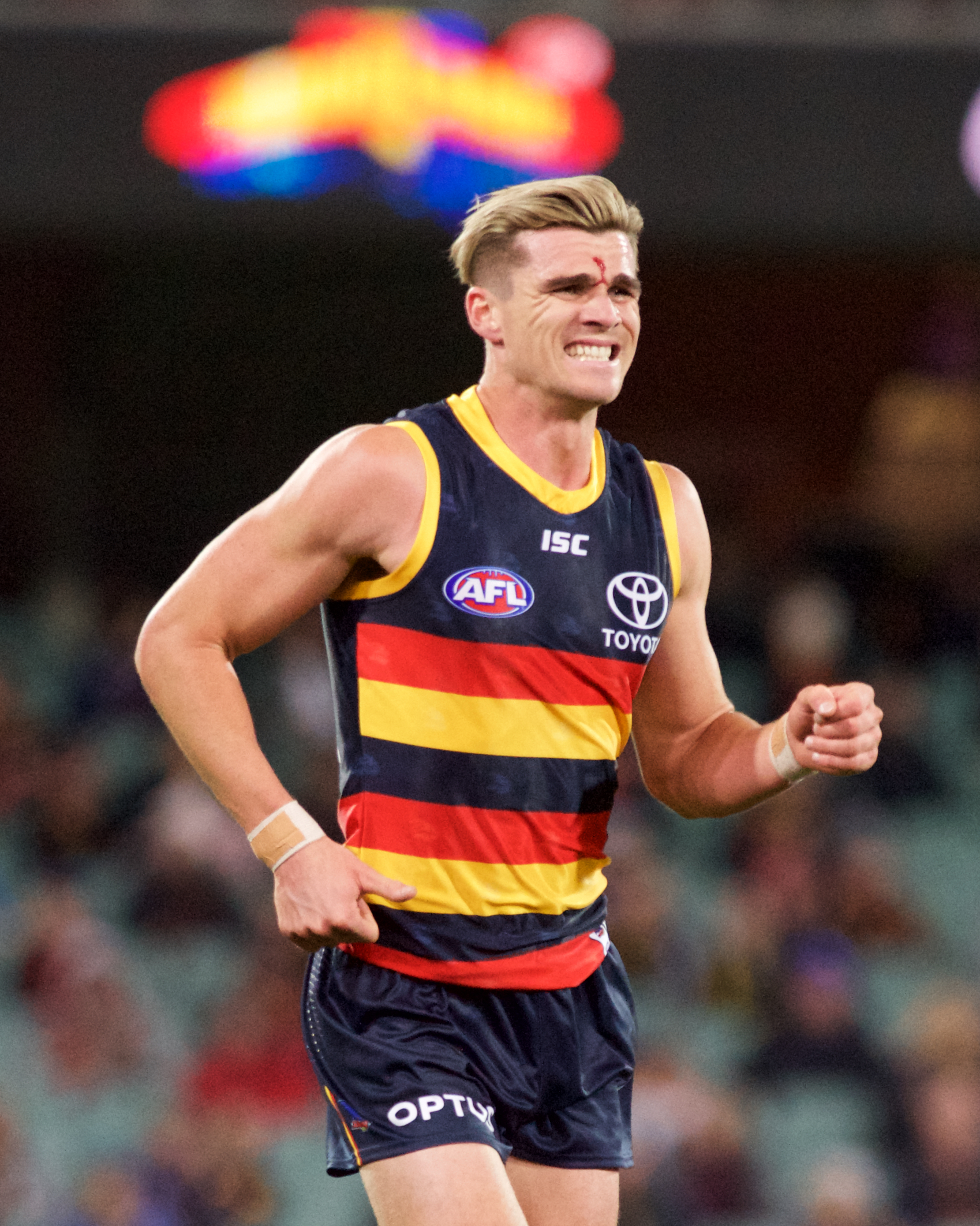 And it wasn’t all bad.

For example, I bought a discounted Kathmandu jacket in the off-season primarily to wear to the footy and after several months it finally fulfilled its destiny, so that was a positive.

And we know, of course, that this New Normal is no accident, even if it feels like one most weeks.

We’re Rebuilding, after all.

We all understand that we’ve embarked upon a strange and bold new journey whereby we flog off all our competent players in order to recruit a bunch of much younger players who may or may not be competent at some point in the future.

So if we all understand this is our strategy, what’s the problem anyway?

Or at least, there’s no clear sign yet that we’re getting the right bloody ones.

So we just have to trust that the guys making decisions at our club know what they’re doing.

Which, given we’ve gone from ‘minor premier with an annoying penchant for losing the occasional game we should probably win, including our first Grand Final in two decades’ to ‘winless basket case devoid of all competence and hope’ in the space of less than three years, is a bit of a stretch, quite frankly.

But that’s our New Normal – it’s been more than a year since our last win (and even that was pretty unmemorable), and there’s no telling whether we’re about to enter a Melbourne-esque rebuild that still hasn’t actually eventuated more than a decade later.

And all we can do is front up for Collingwood tomorrow holding one small crumb of consolation.

That in 2020, there are plenty of other things to worry about.

*We will. You know we will.