I read something the other day that completely upended my longstanding affinity for Ben Folds, the laidback US singer-songwriter who once, briefly, called (South) Australia home.

This in itself is disappointing, but it’s not a hanging offence; the fact is, Port supporters exist and we have to learn to live with them and tolerate their repugnant life choices.

We can even be generously objective on occasion: just last week I found myself fervently hoping that the recalled former Demon hard luck story Jack Trengove would play a blinder against Carlton (while still wanting Port to lose regardless, obviously).

Which he did (but they didn’t).

But the reason this Ben Folds revelation took me aback is because I’ve long associated the bloke, and his former band Ben Folds Five, with the Crows; and moreover with the Crows’ most lofty moment.

A mate of mine used to talk often of going to see the band play at Thebarton Theatre on the night of the 1997 Grand Final. According to his telling, the celebratory contagion helped turn a solid gig into some kind of cultural touchstone event – like a mini-Woodstock, only with a bunch of pissed Adelaide supporters instead of tripping hippies.

Folds later lived in Adelaide for a time after meeting and marrying a local, but I’d always kind of figured that evening must have played some subconscious role in his future lifestyle choice. In its niche, frenetic way, to a visiting troubadour Adelaide must have felt like the centre of the universe that night; no wonder he fell in love with the place. Or so I’ve always rather naively surmised, anyway.

So the discovery that he went on to become a Power supporter was, frankly, a bit of a pisser.

Anyway, no doubt Folds et al did the ‘fake encore’ before they departed on that September night: that mandatory conceit of the modern performer whereby they farewell the audience without having played their single biggest hit, only to re-emerge a few minutes later and finish the show.

Rory Sloane’s comeback from injury on Saturday felt ominously like his own spin on the Fake Encore – as if he was returning to the stage, but only for one last bow before the house lights come up.

Indeed, maybe the whole game against West Coast was like a fake encore for our troubled season: we were allowed one more rousing rendition of an old favourite, but all the while we know the show’s probably almost over. 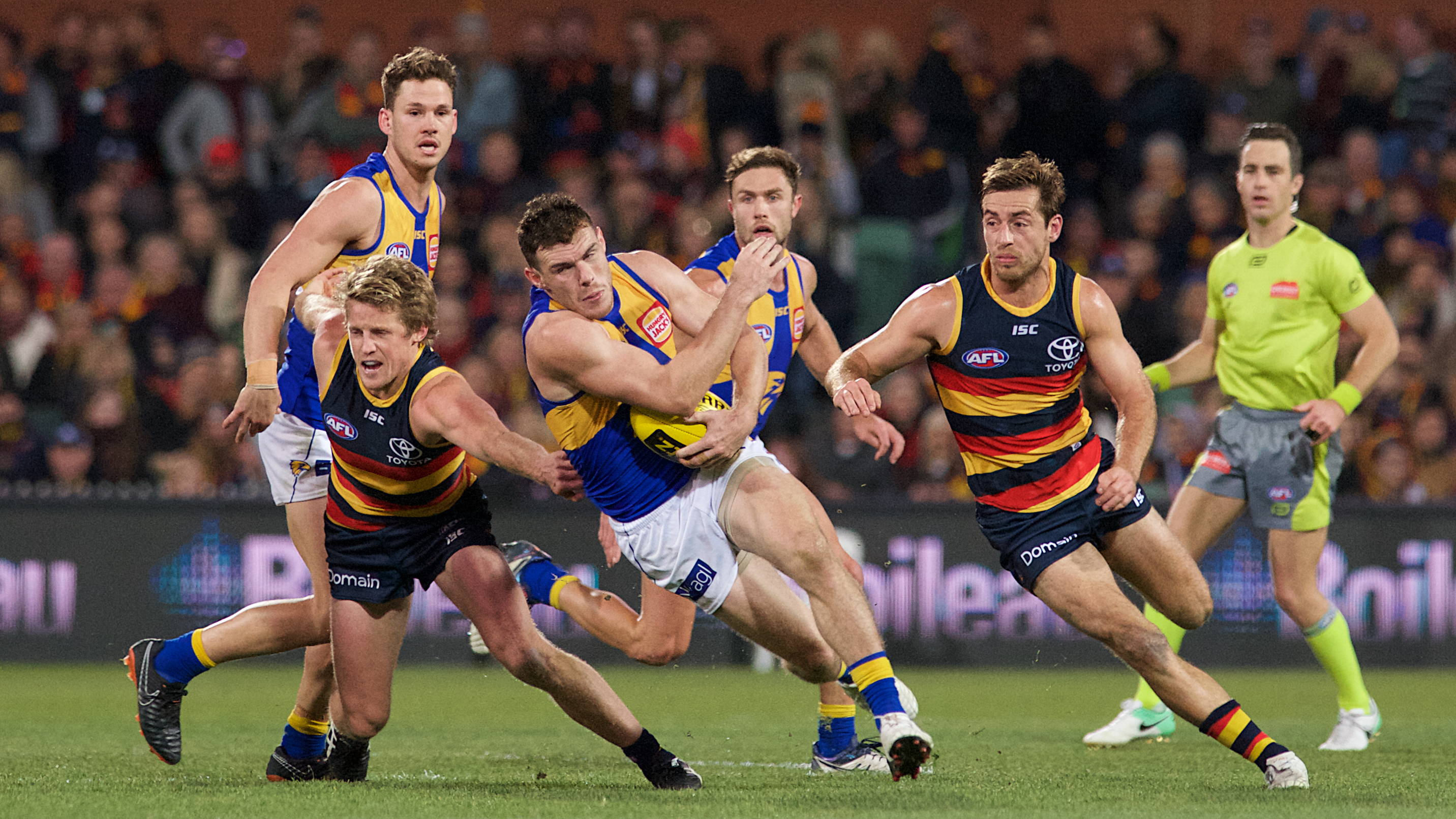 Sloane and Douglas get around Eagle Luke Shuey in the clinches. Photo: Michael Errey / InDaily

The other aspect of this Ben Folds recollection that annoyed me is that it obviously reminds me – yet again – that the last time my football club did anything worth zealously celebrating was back when we were still listening to songs like Underground and Brick without an undercurrent of wistful nostalgia.

This possibly helps explain why the backlash against Adelaide over recent weeks has been so clearly beyond all proportion.

In the early 2000s, when we would regularly throw away our season, it was annoying but at least the memories of the premiership double were still relatively fresh.

But it’s now been 20 years – and, after last year coming as close as we have in the intervening decades to scale our psychological Everest, we suddenly find ourselves mired back at base camp again.

And that’s the pity of it: to throw one year in the bin is a shame, but it’s a shame I can live with.

But after so long, and having allowed ourselves to dream such dreams, our rapid fall from grace appears to have unleashed two decades of pent-up angst.

This might explain, too, why Saturday’s final quarter comeback win against West Coast prompted me to celebrate like someone whose country had just won the World Cup. 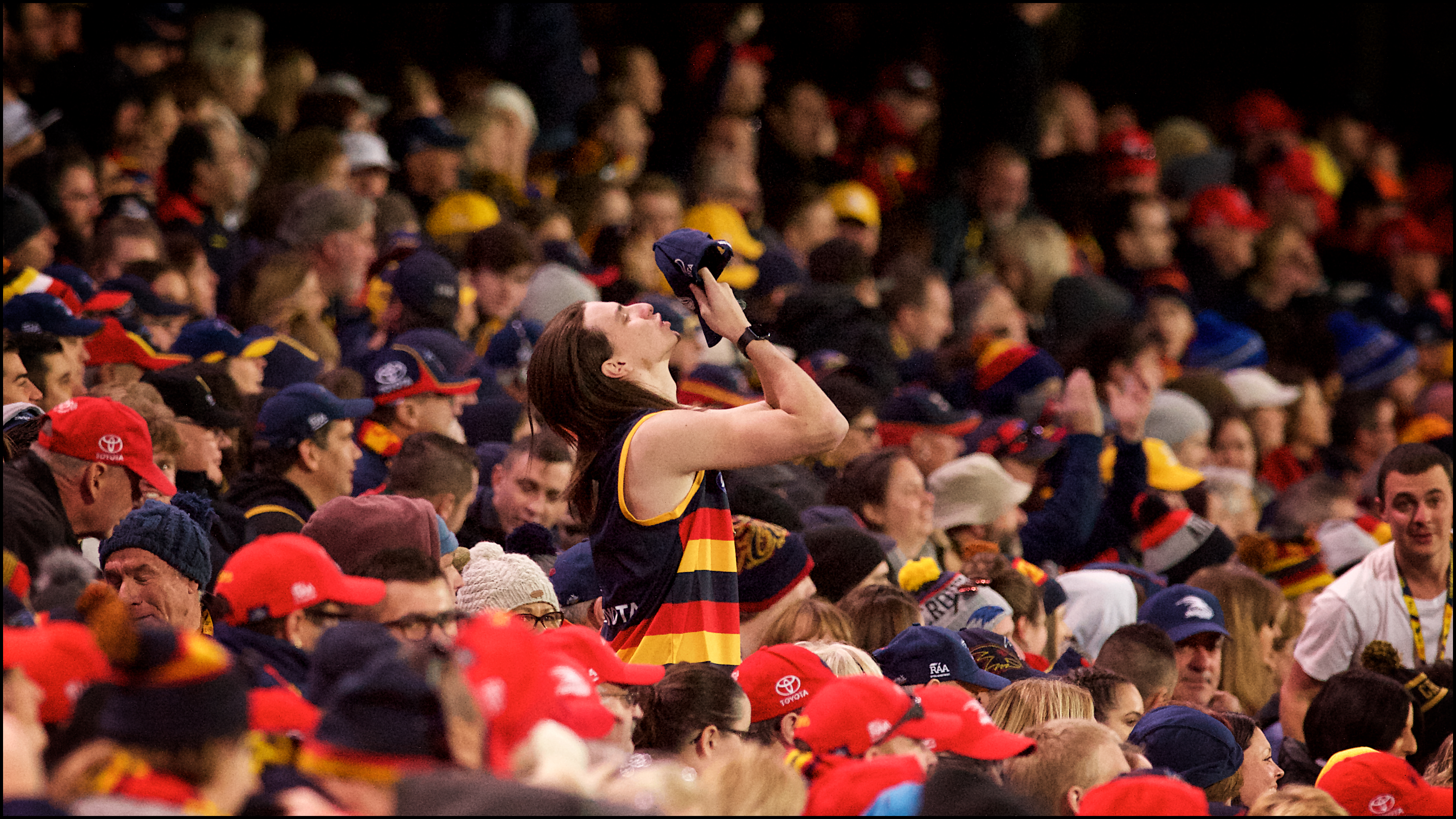 In the context of the year, it may count for little, but it allowed us at least one more week of believing that we really have put the trainwreck of recent rounds behind us.

After all, it’s been a funny old week to be a Crows supporter.

That bizarre bye weekend press conference, followed by three frustrating quarters against West Coast, seemed somehow symbolic of a season ebbing away into nothing.

In between the two, we copped a couple more random injuries for good measure, with Tom Lynch suffering a concussion at training, and Cam Ellis-Yolmen getting a recall to the senior side before being quickly withdrawn again with a calf complaint:

And yet, with one storming quarter, we somehow drew a line under it all: Collective Mind, Sloane’s contract, suggestions of a post-season exodus.

For a few moments on Saturday night, none of it mattered. 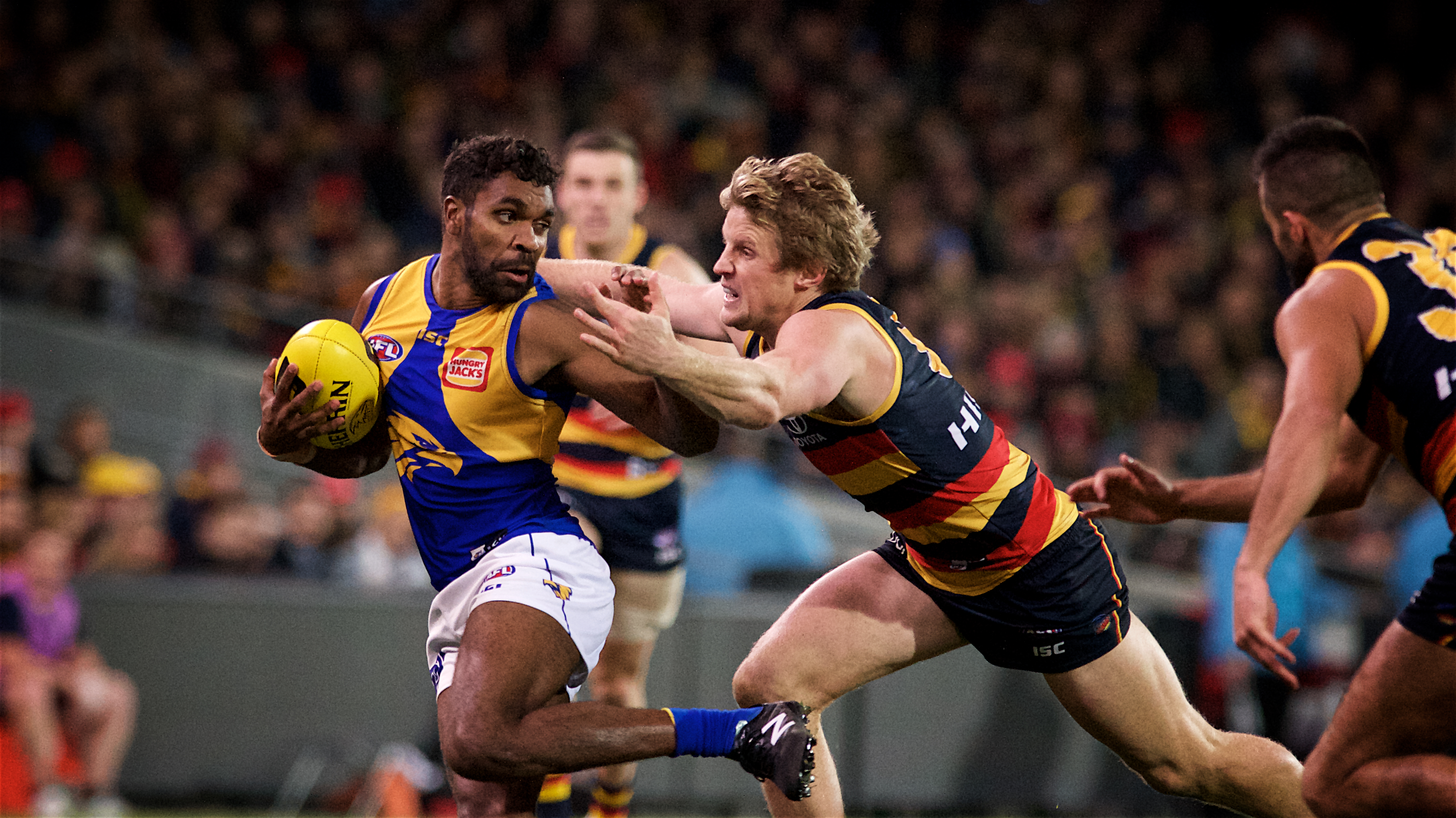 I’ve never been the kind of supporter to get overly carried away about things; I don’t display memorabilia around the house, or drape myself elaborately in my team’s colours. All I do is write a couple of thousand words a week about my team, which is completely normal and not weird at all.

But I do try to preserve the unique joy of being a supporter, and as such I’ve always been fairly glad that I’ve never been a sport reporter per se.

When you’re a kid you can go along to see a magician perform wondrous feats, and as you get older you learn how the tricks were done – and while that means you understand it better, it doesn’t make it more enjoyable.

So I never wanted to ruin footy by knowing too much about what went on behind the curtain.

I have a mate who grew up an Adelaide fan, but having spent a few years dealing with the Crows as a reporter he was sufficiently disillusioned to end up supporting the fledgling Gold Coast Suns instead.

And to think, he would have had a toss of the coin between following the Suns or the Giants…

For all the misery the Crows have heaped on my shoulders as a supporter over the years, forcing someone to support the Suns for the past eight years is possibly akin to some sort of human rights abuse.

It’s possible, of course, to love a club while acknowledging its many faults, but more often we choose to remain blissfully ignorant.

We choose not to break the magic spell by learning the tricks.

In his infamous political Diaries, the late Tory fop Alan Clark bemoaned the new Right’s lack of understanding of their party’s history, lamenting that they don’t truly know and love the Conservative Party as “an old whore that’s been around 400 years”.

That’s kind of how I feel about my football team.

I’m well aware of its multitudinous failures and sins, there’s plenty about the way it carries itself that I can’t abide – and yet I can’t help cheering it on. I rarely expect it to do well, and when it does do well I know it’s only in order to raise my expectations again before the next inevitable disaster.

But recent days have been somewhat different: the fallout from the pre-season camp, and the club’s odd media call which started out with them pretending everything was business as usual before casually conceding that, by the by, they’d terminated their contract with Collective Mind, has allowed us all the briefest of glimpses behind the magician’s curtain.

Of course, football supporters don’t generally change their allegiances because their club gets some bad publicity, so most observers were happy to rationalise the whole episode away as a training experiment gone awry, choosing to take everything the club has said at face value…

I wasn’t entirely sure what the point of the whole exercise was, although I’m pretty sure I got the gist of Brett Burton’s message: 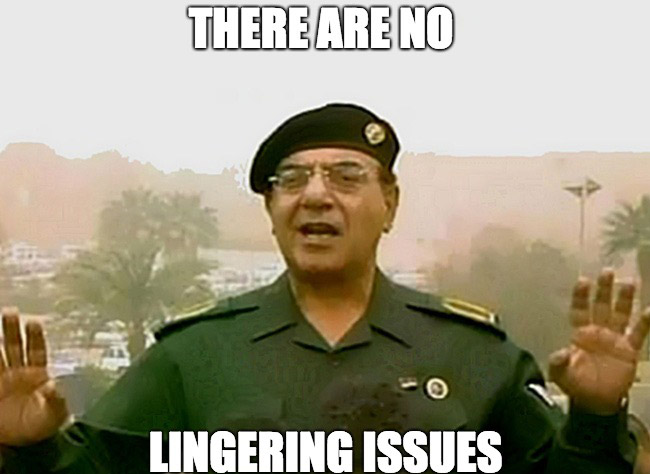 Even amongst the media commentators, there was divided opinion as to whether the media conference a) had drawn a line under the whole issue and it was time to move on, or b) raised more questions than it answered and it was time for the club to be held to account.

The commentators from the a) camp tended to be those who used to play the game back in the ’70s and ’80s, when preseason camps probably resembled a cross between Full Metal Jacket and the 120 Days of Sodom anyway, so they can’t see the big deal.

Those in the b) camp tend to be more the sports reporters that tend to think professional team-building exercises should ideally not turn the entire team into a shell of their former selves.

The problem is, the club’s casual insistence that the camp was just a team-building lark gone wrong lends itself to an unspoken perception that the players were wrong to be offended – or even traumatised – by it. That such a reaction is merely the entitled response of the Millennial generation, the Trophy Kids who learned the rules of life under the ‘Every Player Wins a Prize’ ethos.

But of course, as we keep being reminded year after year, not everyone wins a prize.

These players, I’m confident, understand that more than most.

In the end, then, the final word on our bizarre bye week was always going to be provided by the players themselves, and in the context of a wretched season, that final quarter onslaught appeared to speak volumes.

Who knows, maybe we’ll fall apart again next week against Richmond, and the whole thing will be as big a letdown as finding out the guy whose music provided the backdrop to your premiership celebrations is actually a Port supporter.

After 20 years, I fear that a propensity to snatch failure from the jaws of success has become an intrinsic part of Adelaide’s psyche, so I’m yet to convince myself Saturday’s win was anything other than an oasis of football perfection in a dour desert of unfulfilled potential.

But, after the month that preceded it, I’ll take it.