Jarryd Lyons arrives for his end-of-season review with coach Don Pyke, who greets him at his office door.

He continues to stand at the door.

DP: Ah yeah, sorry about that. Come in, make yourself at home.

He moves back half a step.

JL: Yeah, it’s actually still a bit hard to get in.

JL: No, that’s no good, Ricky Henderson’s out there.

DP: Oh, don’t worry about him. He’s always there. We’ve actually moved a trundle bed in there for him.

JL: Er… ok. Squeezing past Pyke into the room Look, I think I’d prefer to chat in your office if we can. What’s that? Points to a large TV screen showing season highlights of Carlton’s Bryce Gibbs.

DP: Ah, that’s nothing mate, just researching the opposition. I’m building up a dossier of the tactics used by other AFL coaches. Points to a stack of 16 thin manila folders on his desk.

JL: And what about that one? Points to a large accordion-style case of notes next to the pile.

DP: Yeah, that’s our dossier on the Western Bulldogs. Anyway, sit down.

Pyke sits behind the desk. Lyons looks around for a spare seat, but there isn’t one so he continues to stand around awkwardly. 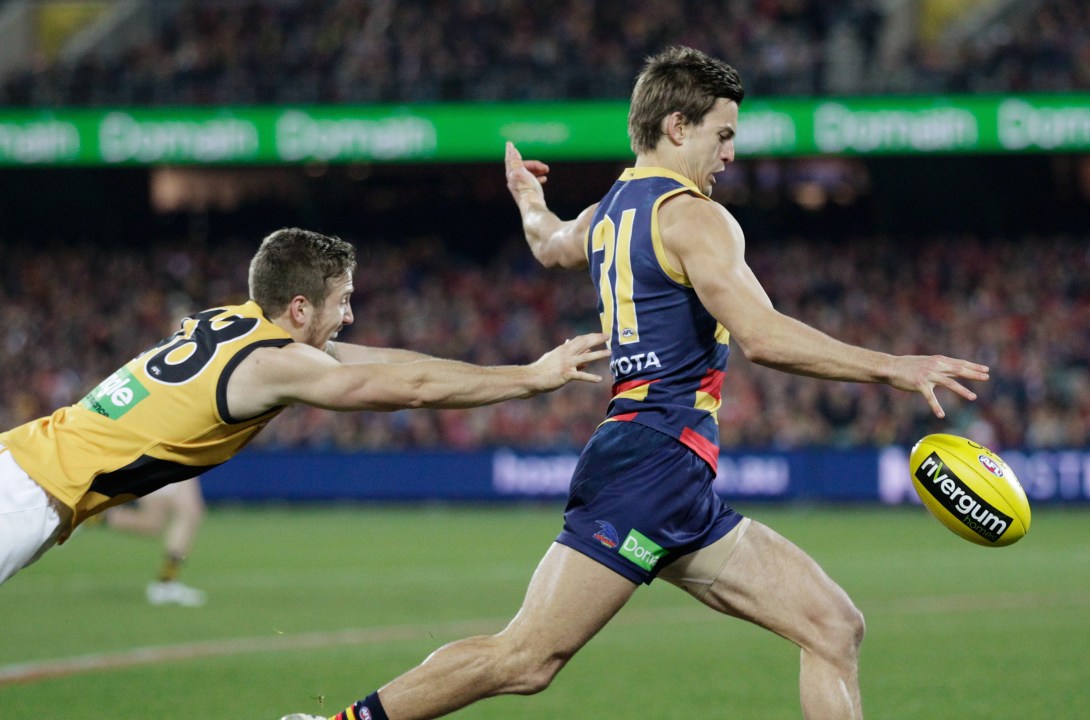 DP: So, how do you feel the year’s gone?

JL: I’m feeling pretty good about it. No more green vest, no more Paddy Dangerfield, and I’ve grabbed the opportunity with both hands. I’ve averaged more than 21 possessions across 20 matches, and kicked a goal in three out of every four games I played. Hey, what’s that? Points to a large framed picture of Bryce Gibbs on the wall behind the desk.

DP: Um, I’m not sure, I think that was there when I got here.

JL: Oh. But why does it have the number 31 down the bottom of it? Isn’t he number 4 at Carlton?

DP: Well… three and one make four don’t they?

DP: Great news, mate. Reidy’s asked me to pass this on, we’ve got a new contract for you right here.

JL: Reads contract. Um… this isn’t a new contract. This is just my former contract with the original date crossed out and “2016” written in over the top.

DP: Is it? Takes paper back and reads it. Ah yeah, that won’t do. We were also supposed to cross out one of these zeroes at the end of your salary.

JL: That’s ridiculous. I’ve finally cracked the best 22 after six years and you offer me this? It’s a bit insulting, actually.

DP: Well, it may not look like much, mate, but there are considerable benefits on top of it.

DP: Looks at him for a long time while stifling a laugh. No. But you do get to use the gym for free.

JL: Hang on a sec. What more could I have done? Did you see my 29 possessions against Brisbane in Round 20? I backed that up with 28 and seven tackles against Freo a week later…

DP: Really? I’m not sure, mate, I’ll have to look at the tape. But anyway, me and Reidy and Fages all felt you’d consider this a fair Bryce.

DP: Um, price. A fair price for your services.

JL: Well, I don’t know. I’ll have to think about it. I’m definitely keen to stay on though.

DP: Good idea. Give it some serious thought. Don’t rush into it. Actually, me and the boys chipped in and got you this. Hands over an envelope

JL: Opening it. A ticket to the Gold Coast?

DP: Yeah, have you ever been? It’s beautiful there at this time of year. In fact, all year round. Beautiful one day, perfect the next. That’s just the place to go and have a serious think about everything.

DP: Yeah, that’s all we could afford. But if you want to come back again, you’ll be welcomed back here with open arms, as always.

JL: I’d have thought so; the midfield would look a bit thin if I didn’t, wouldn’t it? Unless you’ve got anyone else in mind? 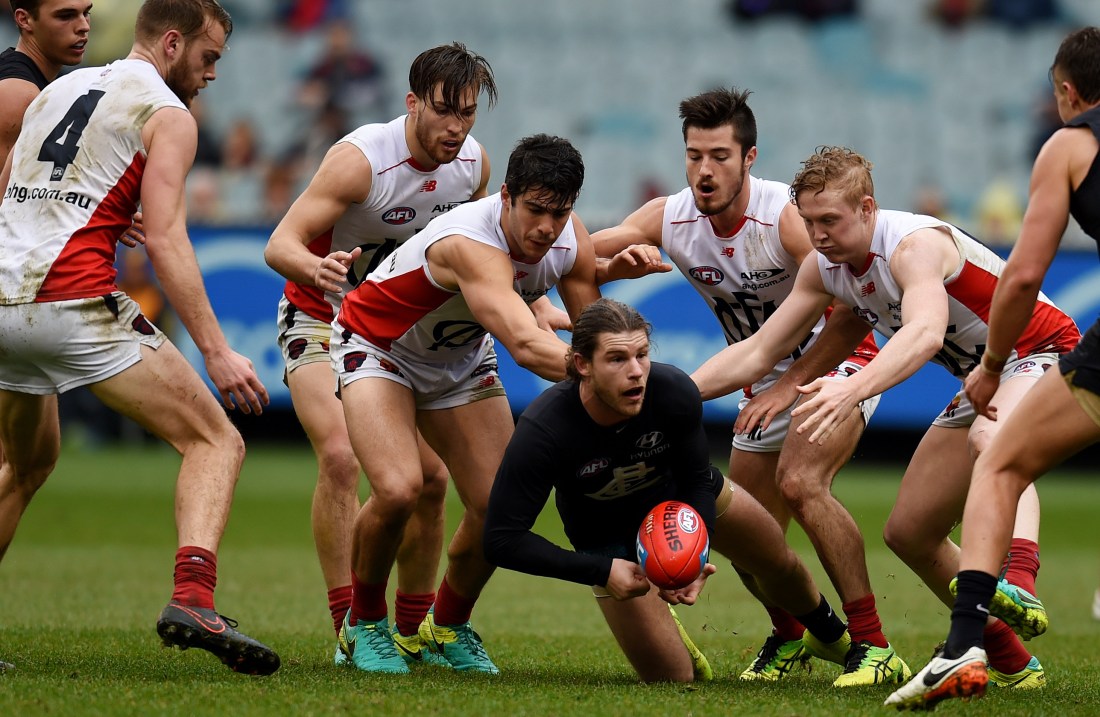 DP: Well, that’s for Reidy to worry about. If there’s a delicate negotiation to be sorted out, he’s the man to do it. Hell, if you did decide to stay on the Gold Coast, I bet he’d prise some pretty valuable picks out of the Suns’ hands in exchange. But don’t you worry, Jarryd. There’s no ulterior motives here, no Plan B. We’re all about organic growth at the Adelaide Footy Club these days. So you just head up to sunny Queensland, put your feet up and Gibb the whole thing some thought.

DP: Give it some thought. And we’ll see you again at pre-season. Or thereabouts.

JL: Ok, thanks coach. Should I send Hendo in on my way out?

DP: Hm? Ah no, all good mate. He can keep waiting.

Even though we promised last time was the last Touch Of The Fumbles for 2016, this time we really mean it.