Remember that time a week or so back when we were due to play North Melbourne at home and everyone was worried it was going to rain all night but it didn’t? And then a week later Port played Richmond at home and no-one said anything at all about the weather and it absolutely bucketed down for the entire duration?

Well, I kinda see that as symbolic of our respective seasons. 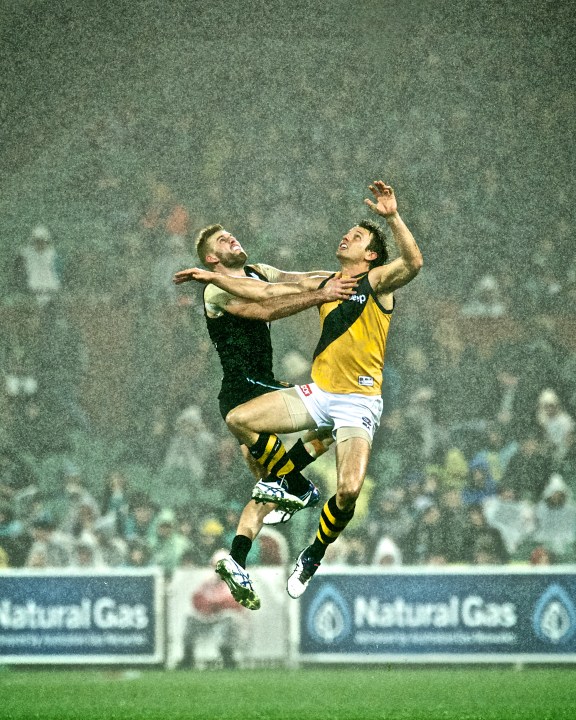 The Crows were supposed to be consumed by a perfect storm of grief, loss and mediocrity, while Port were set for a season of smooth sailing.

And yet, as we approach the run home, it is Adelaide supporters enjoying their time in the sun, and Power fans who have taken a proverbial bath.

Not that I begrudge them winning on Friday night.

Indeed, I love this newfound Port Adelaide tradition of getting a run on at precisely the moment that it doesn’t really matter anymore.

Especially when one considers their draw over the coming weeks.

Because here’s the thing.

Ok, Port Adelaide – you don’t like me and I don’t like you. (Well, truth be told, you’re probably entirely indifferent to me and to be fair almost every person at the club I ever have to deal with is invariably insufferably polite and helpful, but that’s beside the point and I digress.)

However, if you could see your way clear to winning your next three games, that would be very, very helpful. Extremely so, in fact. 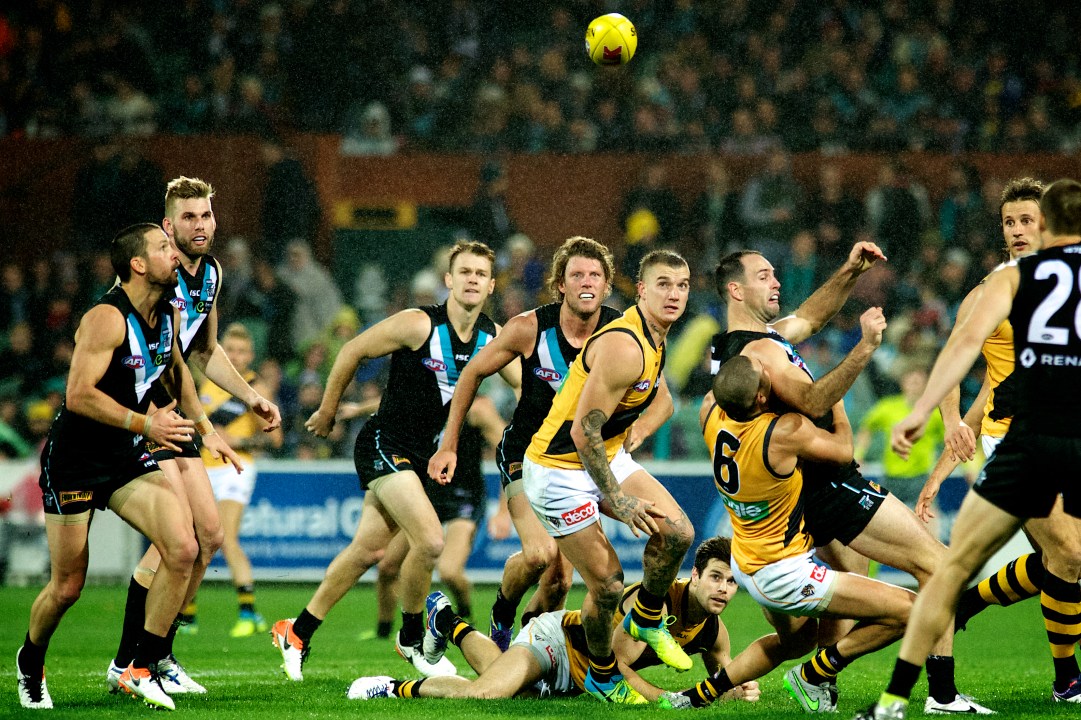 The Power play Hawthorn, North and GWS in the next three rounds. Then, after a brief diversion against the ever-lacklustre Brisbane, they face off against Sydney.

In other words, over their next five games, they play three of the four teams currently sitting above the Crows and another (the Kangaroos) similarly entrenched in the logjam of top four aspirants mired together on the “Achievers” side of the ladder.

So, while I’m obviously happy for them to lose any or all of those games, it would actually be quite helpful if they didn’t.

As longtime Adelaide aficionados well know, the gulf between “on paper” and “on field” is often of Grand Canyon-esque proportions

Indeed, it is the fixtures beyond Adelaide’s control that make the coming weeks so alluring.

If we win next week against Carlton, we will enter the top four, given that one of either Geelong or Sydney will lose when they play each other (or they will both gain only two points each in the event of a draw).

We could be further entrenched there the following week, with the Hawks and the Swans ruffling one another’s feathers.

Of course, all of this is predicated on the rather naïve assumption that Adelaide will keep winning games.

On paper, this is a reasonable assumption, given we play the fading Carlton and the middling Magpies.

But as longtime Adelaide aficionados well know, the gulf between “on paper” and “on field” is often of Grand Canyon-esque proportions.

Look at yesterday, for example. 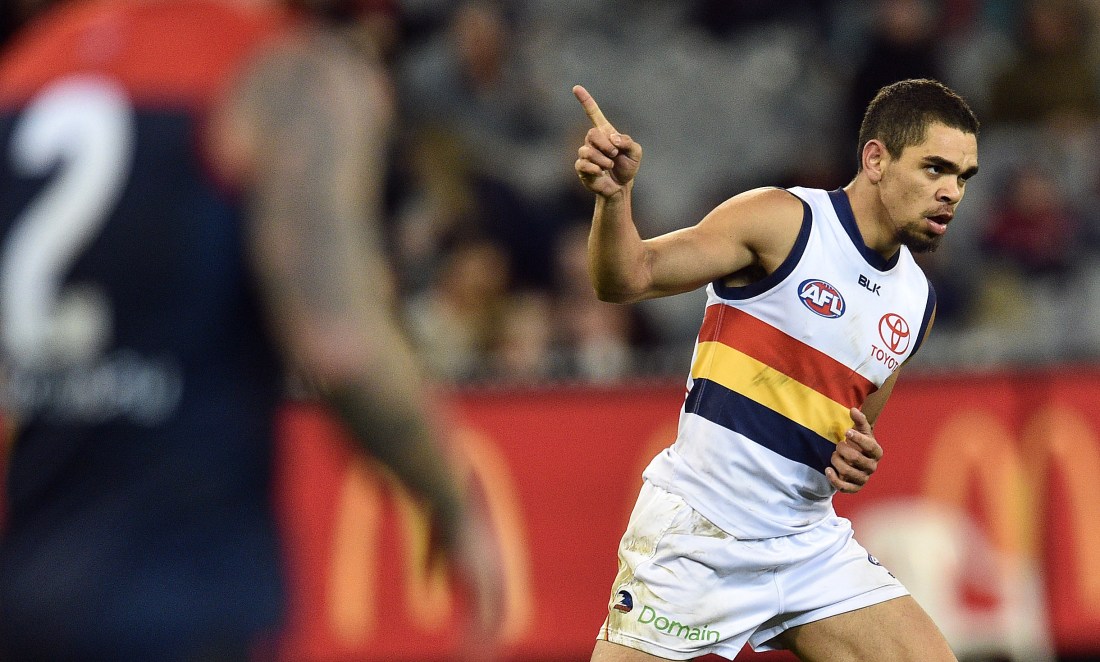 We were widely expected to make light work of Melbourne, but apparently at quarter time both teams became part of some Disney-movie-inspired experiment, one of those Freaky Friday-style conceits in which one person swaps bodies and/or lives with another. Except in this case, one entire team swaps football skills and general competence with another.

And thus for the entire second quarter, the Demons were harder, hungrier and sharper, while we skewed kicks and blundered handballs.

It was, of course, the anniversary of the death of Phil Walsh, so the eventual win was significant beyond its measure for our season.

Particularly so for Tex Walker, the man Walsh made captain, who stamped his authority with three decisive goals (although, to be fair, he also effectively handed another two back the other way – but, regardless, still a net positive).

And in the ultimate tribute, we finally stuck a few tackles.

Just a week before he died, Walsh lamented his charges’ inability to stick tackles in a loss to Hawthorn the previous round, employing his famous phrase that “it’s still not at that elite standard that we saw” from the Hawks.

“When they need to step it up in a really important game [Hawthorn] know how to bring it – and that’s what we need to get better at,” he mused.

And yesterday, we brought it. The Crows laid 101 tackles, harassing the Melbourne players at every contest. And they had to, because when the Demons found space, they scored.

To be fair, defensive pressure was the key feature of Port’s win over the Tigers, too – the Power beating up on Richmond with 106 tackles to 65. But it’s always been an Achilles Heel for Adelaide, a team historically more famous for a tackle inadvertently broadcast by a changeroom camera at halftime than for any ever laid on the football field.

That second quarter, however, seemed less a tribute to Walshy than to the latter era Brenton Sanderson, that trying two-year window in which we always seemed disposed – nay, determined – to find creative ways of losing games we really should win.

Unfortunately for Cats fans, Geelong play mostly lower-rung sides on their run home, and are therefore in danger of falling out of contention altogether

The fact that Adelaide managed to remember at some point during the halftime break that they were actually quite a good side with a reasonable amount to play for was obviously pleasing, but it was also important.

Dropping games to lesser teams may be a fun pastime if you’re a Port Adelaide, or a Geelong (who, unfortunately for Cats fans, play mostly lower-rung sides on their run home, and are therefore in danger of falling out of contention altogether).

But it’s a habit from which I’m really hoping we’ve moved on this year.

Because we have to, really.

This season just doesn’t allow for dropping games you should win. 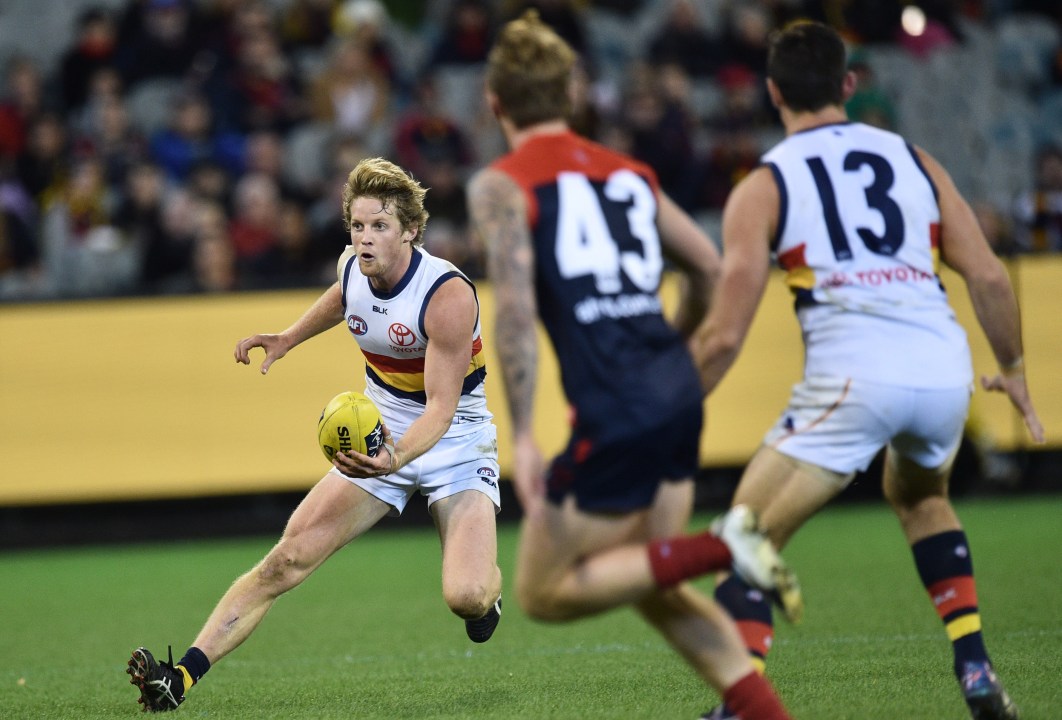 Look at Sydney. Sure, we may bitch and moan about blowing that game against Hawthorn (with some justification) and about close losses to the Bulldogs, North and Geelong (with considerably less justification), but three of the Swans’ four defeats came with an aggregate margin of a mere 15 points. Two of them were decided by the last kick of the match.

And now, with Tippett (unusually) having an influential year but (typically) sidelined by injury, they face the prospect of falling from favour with a tough draw ahead.

But it does put our own travails into some perspective.

So, much as it will be handy for the four teams currently above us to systemically knock one another out of contention in the coming weeks – and for Port to make life easier with a few top four scalps before returning to their Richmond-esque pursuit of mediocrity – now would be a good time to remember not the Walsh era, but the two years that preceded it. And to remain firm in our collective resolve that we are never favourites until we’ve won the damn game.

Mind you, if Port – still two wins and percentage behind the lowest-ranked top-eight side, West Coast – get too much of a wriggle-on, there’s always the outside chance they could accidentally qualify.

And therein lies an even greater irony of the draw.

We play Port and the Eagles in the last two rounds of the home and away season. 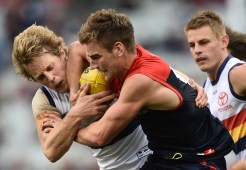 So one way or another, we could yet hand the Power the final top-eight berth.

But no matter; my team’s won six straight, and I’m feeling magnanimous.

If they pull it off, the Power are welcome to join us on the “Achievers” side of the ladder.

It’s still largely frustrating, but if nothing else, at least the weather’s nice.