Six years ago this month, I joined a bunch of mates on a trek to AAMI Stadium to watch the Crows take on Essendon in a home elimination final.

They won by 96 points, with Jason Porplyzia and some guy who now plays for Sydney kicking nine goals between them. Even James Sellar managed a goal and almost cracked double figures for disposals: it was just that kind of night.

The overpriced Footy Park beer flowed freely and tasted of victory, and afterwards we clambered into a mutual friend’s SUV in search of a fitting venue to kick on. The back seats were decked out with individual TV screens, allowing us to soak in the post-match press conferences before the broadcast finally ended, at which point Robocop came on.

So, that was a pretty good day.

Still, a mere week later Adelaide gave up a five-goal first-quarter lead to Collingwood to fall behind in the final term. Some guy who now plays for Sydney (and who still seems to save his best work for losing finals) managed to wrest it back with a miracle goal from the boundary outside 50, only for the Crows’ season to be ended by the most heartbreaking free kick in front of goal since Socceroo Lucas Neill grappled with Grosso in Kaiserslautern three years earlier.

I was a wrecked shell of a bloke, sipping stale beer that tasted of failure and futility and given scant sympathy by my non-football-watching soon-to-be-wife. And to cap it all off there was nothing good on TV. Not even Robocop 2.

So, swings and roundabouts. 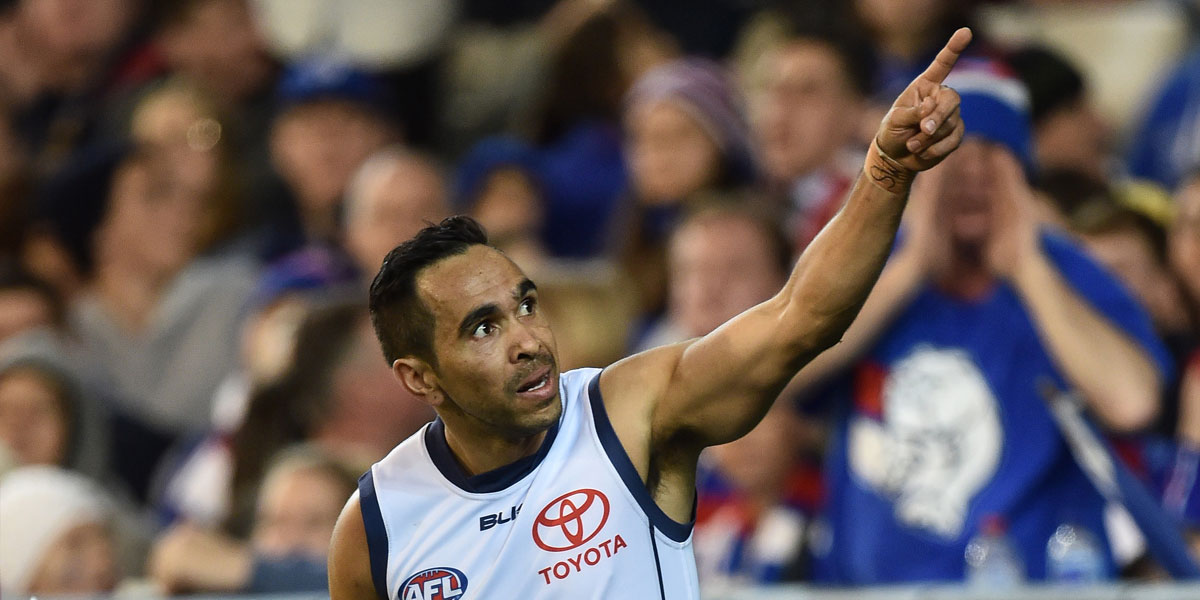 Until this week, we’ve had just one more finals foray since that epic September back in 2009 that started so full of promise and ended, as these things are wont to do, in the ugliest of losses.

So if I didn’t pick up the lesson at the time, it’s become even clearer in hindsight. Defeat is always snapping at your heels, so you’d best enjoy your successes to the fullest.

No matter what happens against Hawthorn on Friday night, the weekend’s elimination final against the Western Bulldogs will be remembered as one of the finest wins in Adelaide’s quarter century. For a team with a regular knack for finding the most gut-wrenching ways to lose close finals, the Crows’ ability to regain a lead that they’d lost halfway through a pulsating final term was a feat of resilience to match the second half of their season.

Charlie Cameron had spent much of the match looking like Eddie Betts without the accuracy; he displayed the same manic energy, but while Betts was “Eddie Everywhere”, Cameron was more “Charlie Anywhere”: you were never quite sure where his snapshots might end up. But he sure found his poise in the final stanza, setting up Big Tex for the goal that dragged Adelaide off the canvas, before getting one back in return from the skipper after that game-saving run down the wing. Charlie to Tex, Tex to Charlie; big moments in a big game.

On a weekend in which Eddie joined Josh Kennedy and Jarrad Waite to showcase the best and worst of Carlton’s list management, this was a game where leaders stood up and stars shone, but also a match of seconds and millimeters. It was about footy journeyman Kyle Cheney standing his ground to biff a ball away from the danger zone, and Luke Brown rebounding from defence to begin a charging run that finished in Betts’ fourth goal. It was about Rory Laird laying a desperate tackle on Stewart Crameri as the Bulldogs surged for the sealer, instead causing a stoppage that allowed the Crows to clear: Sloane to Lynch to Knight to Tex, waiting on the wing to carve out a little niche in finals folklore.

And it was about a 20-year-old kid from Clare announcing his arrival in the AFL, with 15 assured possessions and two passionate goals. The last words Riley Knight heard Phil Walsh say to him were “Congratulations, you’re playing your first game”. That game, against the Cats at Adelaide Oval, never took place, leaving Knight to instead debut against West Coast a week after his coach’s death. On Saturday night, he played his first final, with a breakout performance that put in mind Brodie Smith’s 20 classy possessions against Fremantle in the 2012 semi, another moment when a young man took to the big stage and marked himself out as a contender. Walsh would have been proud. 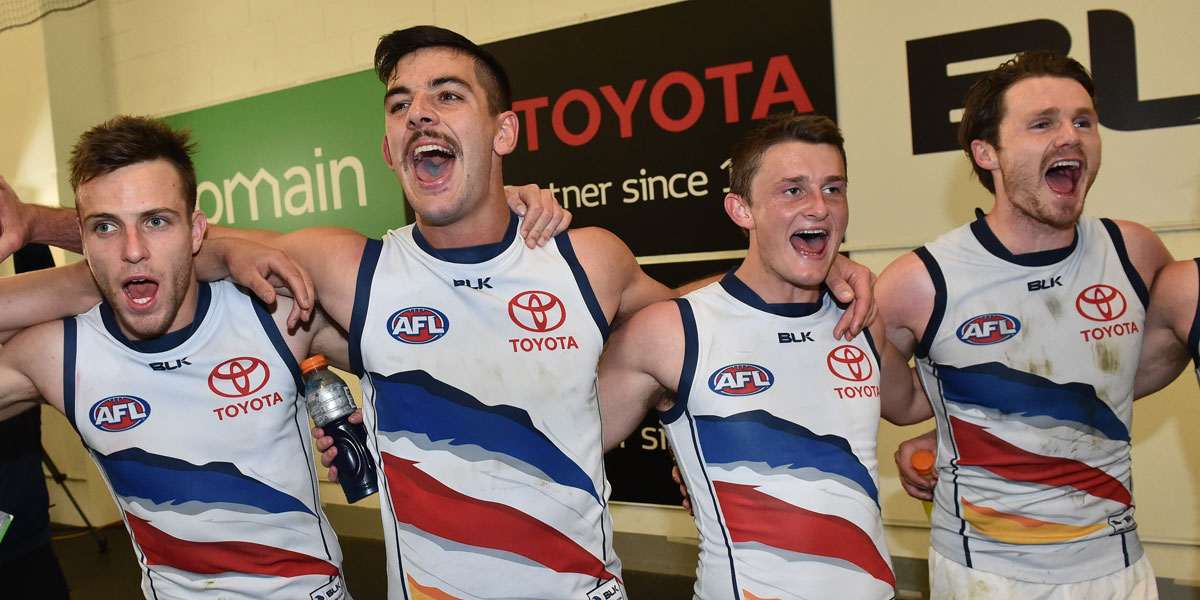 It was one of those games where you alternate between pacing around the living room pumping your fist and cowering on the floor in nervous exhaustion, and wind up spent and hoarse with relieved elation. Only to see a nonchalant Paddy Dangerfield grinning airily as he wanders from the field, musing that it got “a little too close for comfort at the end”.

Once in a while you wonder if these guys feel inclined to act just a little bit more like we’re feeling back home in these situations. Y’know, maybe grabbing Cameron Ling by the lapel and screaming into his startled face: “HOLY CRAP, LINGY, HOW F*CKING AMAZING WAS THAT?!!” before punching the ground euphorically half a dozen times.

So here is my advice for the coming week. If you remembered to record Saturday night’s game, find a moment to watch it back. Watch it as many times as possible, even the Cameron Ling post-match interviews. Revel in all the big moments, and all the little ones.

Because on Friday night, we will play Hawthorn, and it will all be forgotten.

We are not without a chance; the battered Hawks will likely be without Jack Gunston, who always looms as a threat since no amount of Premierships will ever make up for the fact we rescinded his Mark Bickley Award.

The Crows are all about their Unfinished Business and Getting The Job Done, and will, I’m sure, not dwell too long on the euphoria and hype that is already following the Bulldogs victory, a finals trifecta against poor old Footscray stretching back 18 years.

But we should. We should allow ourselves to dwell on it awhile longer, to enjoy our first major round win in three years, and to savour the annoyance of Port Adelaide supporters who suddenly find themselves with vacant weekend schedules.

I never re-watched that 96-point victory against Essendon back in ‘09; it will always remain a happy, hazy memory tarnished by the events of the following weekend. But whatever happens on Friday night, we will always have this week to revel in a moment that our club defied the odds and found a way to win.

After all, it doesn’t happen every day.