Hi there Kurt, I heard you were injured, so thought I should write to cheer you up.

That’s the kind of magnanimity and generosity with which we’re synonymous here at Fumbleland. For instance, I didn’t even begrudge Port beating the hapless Bombers on the weekend, because I’d prefer them to only just miss out on the finals than to miss out by several games. See how nice I am?

And I can assure you, Kurt, you’re well remembered by the many football followers here in Adelaide and we were all very disappointed to hear that you’d broken your hand.

I imagine that makes it quite difficult to count all your money, for a start. (That was just a little joke, Kurt. I know you don’t really spend your free time counting money; that’s what you pay your accountant for!)

But the real disappointment is that we were rather looking forward to your little reunion this week with your former Crows teammates. It’s been quite some time coming. You didn’t play us in Round 3 last year, as you were recovering from tendonitis or somesuch, which was a shame because we were looking forward to showing you the redeveloped Adelaide Oval and the new pavers on Rundle Mall (although they’ve been ripped up again now). On the other hand (sorry, Kurt, that wasn’t a ‘broken hand’ jibe; no pun intended), your Swans teammates still managed to smash us at home by 63 points, so perhaps it was for the best you didn’t make it!

You weren’t there either in Round 11, 2013, when the Swans met us at AAMI Stadium for the last time and left a rather unpleasant memory, dismantling us to the tune of 77 points (although that margin rather flattered the home side, I’m sorry to say).

To be fair, Kurt, you were still serving an 11-match suspension for the fact we’d been paying you under the table, so I won’t make a big thing of your absence.

I was at the chairman’s lunch that day, and remember Mark Bickley coming in pre-game to muse that the match would certainly be a tight tussle likely decided by a mere goal or two, because apparently they always are when we play Sydney.

Which may have been true about 10 years ago and, after all, Adam Goodes, Scott Thompson and Nathan van Berlo were all still playing back then so there’s no reason why both teams shouldn’t match up pretty much exactly the same way.

Nonetheless, you’ll notice recent games against Sydney tend to be decided by more like 10 goals and are less tight tussles than complete walkovers. Of us. By them.

I’m hoping that habit might change this week, given the Swans seem to have completely fallen off the perch. Not that our fairly regulation win over Gold Coast fills me with confidence; perhaps after the high emotion and tragedy of the past month, it was the letdown everybody needed. The lowish crowd of 42,656 certainly suggested as much, given it was our first home game in five weeks – our longest ever in-season absence, having lost to Hawthorn back in June (you remember Hawthorn right, Kurt?)

However, in the following fortnight the Crows play Sydney and Richmond – both of whom sit almost directly above us on the ladder. It’s the perfect opportunity to see where we’re truly at as a side.

But despite all that, Kurt, we were just really, really looking forward to playing against you.

And it appears we will be denied for another year. This is becoming quite annoying.

Why don’t you want to play us, Kurt?

I appreciate when a player misses as many games through injury and suspension as you, locking in grudge matches is always an ambitious exercise … but three years running? That’s starting to look suspicious.

Surely given your side’s recent travails you could put up your hand (not the broken one, of course – the other one) and say: “Pick me! I’m still good for my usual eight to 10 touches, which equates to around $4000 per possession if I were to play every home and away game each year, which I never, ever do.”

Wayne Carey reckons you should be traded, Kurt; he thinks Sydney has better things to do with that money than retain an ageing-decoy-forward-cum-second-string ruckman. And even though Wayne Carey talks a fair bit of rubbish (about Sam Mitchell, for instance) and is probably not ideally placed to offer advice on how not to leave a football club, he still makes a fair point.

Imagine that, Kurt! Imagine after everything that happened back in 2012 – the suspensions, financial sanctions and, crucially, the lost draft picks – we never even get to play you in Sydney colours.

At least the draft sanctions provided an opportunity for an upgraded rookie named Rory Laird, who plays his 50th game against your teammates this week and whose name it is apparently illegal to utter this year without prefacing it with the epithet: “Much-improved”.

A bit like how your name tends to be prefaced in the NSW press with the epithet: “Maligned forward …” That’s harsh, Kurt. I sometimes feel sorry for you a bit when I read that (I don’t, really, but I’m trying to be nice here.)

Who knows though, Kurt, you might finally end up back at Gold Coast (who are, admittedly, more “maligned” than “improved”), where you always said you wanted to go. Y’know, because you were homesick. 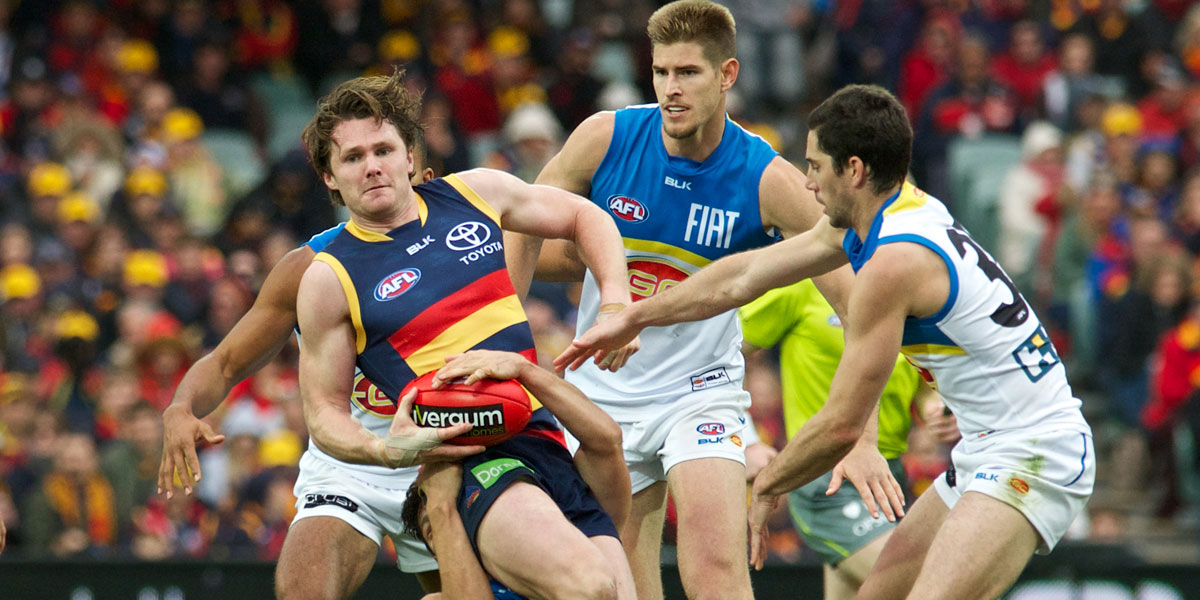 I understand that homesickness is a big deal. I’m currently on an overseas holiday, and after only a week and a half my three-year-old son mentioned that he wanted to go back to our “normal home”, although he quickly forgot about it.

So I totally get that fully grown men being paid $4000 per possession might also get tired of too much independence and want to go back to live near their mums and dads. It’s only natural.

Although, while I appreciate that you were born in the Harbour City, I was never entirely convinced by the homesickness argument on that one, since you were only two months old when you left.

It would be like if Paddy Dangerfield decided that instead of going home to play for the Moggs Creek Seniors, he’d rather head to Hawthorn so he can win the next five premierships while the rest of us admire the efficacy of the league’s equalisation measures.

Of course, we’re fairly sure Paddy’s going to stay here in Adelaide, because that’s what lots of articles on the subject have suggested and why would anyone write something like that if it wasn’t 100 per cent true, or perhaps 50 per cent possible, or at least likely to generate a lot of clicks and plenty of heated debate?

And we’re quietly confident that even if he does walk out, Paddy’s departure won’t trigger a series of events that will help cripple the rest of the club for the ensuing half-decade, so that’s a plus too, isn’t it Kurt?

Anyway mate, rest up and let that bone heal – don’t lift any large sacks of cash (haha!). We’ll keep our fingers crossed (no pun intended that time, Kurt) we get to play you next year – even if you’re playing for someone else by then.

In the meantime, enjoy those harbour views (although we’re told the mall redevelopment will look pretty sweet too once the trees are fully grown in a couple of decades).

As always, wishing you the best.