Fit and strong again after years of injury setbacks, the 25-year-old was emphatic in a 6-4 6-3 on Tuesday in the first round of the Adelaide International.

The world No.171 showed the benefits of a rare injury-free season, his serve on song and a razor-sharp backhand causing problems in an 82-minute procession in his home-tournament debut.

Kokkinakis burst onto the scene alongside good friend Nick Kyrgios, winning in his Australian Open debut in 2014 as a 17-year-old and reaching a career-high 69 in the world a year later.

A win over then-world No.1 Roger Federer in 2018 underlined Kokkinakis’s talents.

Finally fit, the right-hander dominated at Challenger level last year, earning him much-needed court time though not helping his ranking.

A nominee for the ATP’s comeback player of year, Kokkinakis admits it was a tough nine-month slog away from Australia contending with COVID travel restrictions.

“Mate it was grim, real grim, but people have it worse,” he said.

“It was a nine-month stint, but it was something I knew I had to do.

“Last year I came in off two years of barely no tennis and even though I’ve been around a while it feels like I’m still relatively new compared to the other guys my age.

“I have a lot to give and last year, playing tough matches in tough conditions definitely set me up for a better year.”

Kokkinakis didn’t face a break point on Tuesday, winning 88 per cent of points on his first serve and hitting 25 winners to Millman’s 11.

He scrambled well to earn the decisive break in the seventh game of the second set, then unleashed a barrage of winners to hurry to the finish line.

Kokkinakis was in tears when he won his first-round singles match at the Australian Open last year – his first victory there in six years – before pushing Stefanos Tsitsipas in a five-set, second-round loss.

He hopes the dominance of Tuesday’s win is enough to seal a wildcard for a Melbourne Park return that hasn’t been granted yet.

“I said to Wally (Masur, Tennis Australia’s director of performance) I really hope I’m not having this conversation, waiting for a phone call (next year),” he said.

“I hope I put myself in the top 100 and am not relying on anyone, that’s the ultimate goal.

“Tonight, from 3-3 I thought I played great, did everything I wanted to on the court … my game was just working.

“I’d like to think a win like tonight puts me in a good spot (for a wildcard) if I wasn’t in one already.”

He will play American world No.38 Frances Tiafoe in the second round.

“I’ll try and play on my terms; I think I have the firepower to beat these (highly ranked) guys so hopefully I have enough and execute tomorrow.”

Saville (formerly Gavrilova), Australia’s one-time No.1 before Ash Barty’s emergence and a chronic foot injury curtailed her career, was little match for the 2020 French Open champion.

Elina Svitolina’s woes also continued, with Ukraine’s former world No.3 crashing to a 5-7 6-4 6-3 loss to world No.130 Anastasia Gasanova.

Svitolina won a tight first set but the 22-year-old qualifier broke serve early in the second before needing to take a medical timeout for back issues.

Svitolina broke back immediately after play resumed but Gasanova followed suit in the next game and never looked back in recording the biggest win of her career.

Sofia Kenin will take on Ajla Tomljanovic in the second round following a 7-5 7-5 victory for the 2020 Australian Open champion over Lucia Bronzetti, while world No.1 Ash Barty will open her title defence against Coco Gauff, a 6-2 6-1 winner over Ulrikke Eikeri. 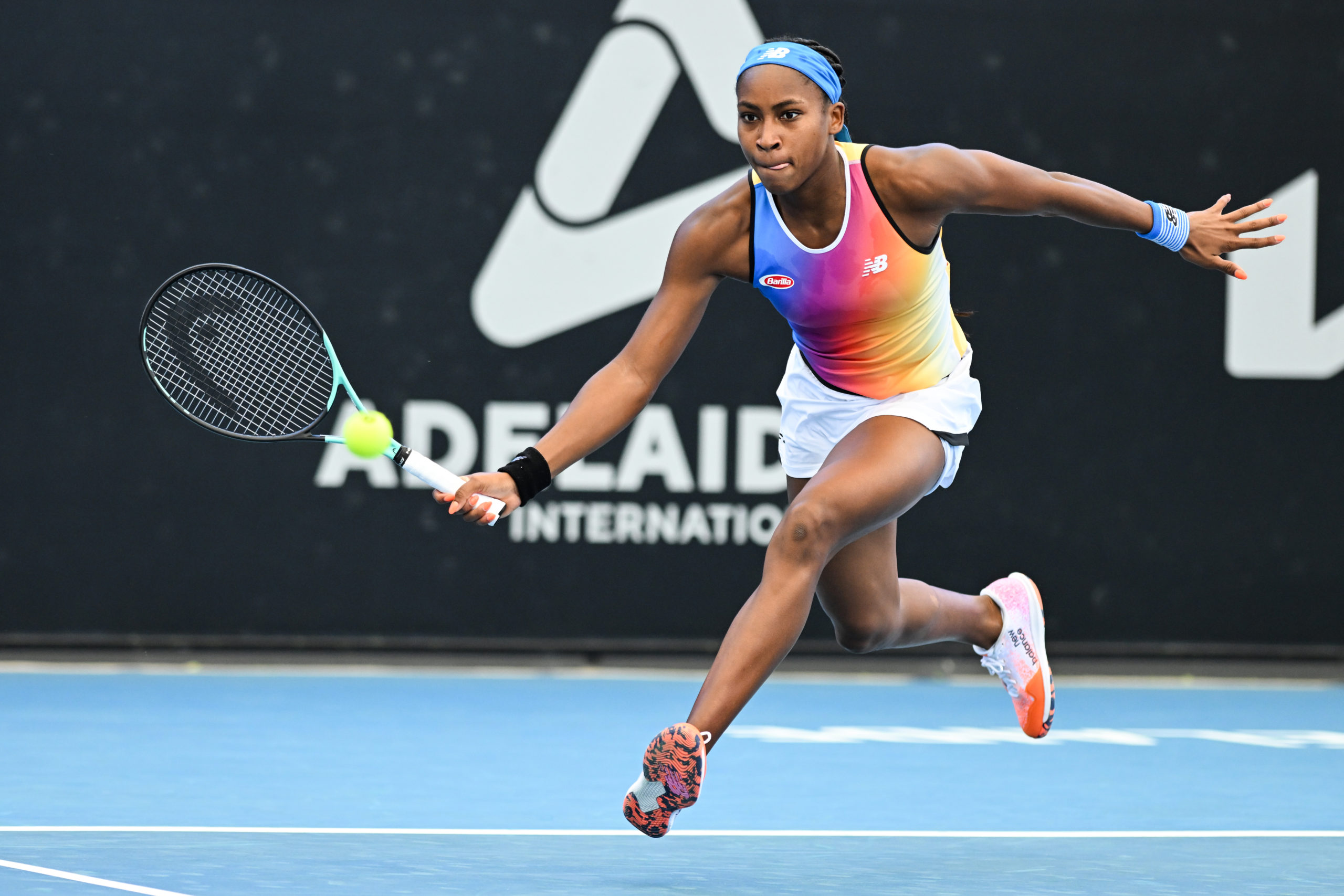