After Roger Federer’s miraculous earlier escape act against Marin Cilic, when he recovered from two sets down to win, 12th seeded Frenchman Tsonga threatened something equally improbable as dusk settled at the All England Club.

When the maverick Frenchman blazed away, firing winners from here, there and everywhere to take the third and fourth sets, Murray was wobbling. The crowd could barely believe their eyes.

But just when the match appeared to be spiralling out of control for the agitated Scot, the 2013 champion rediscovered his early authority to dominate the decider and set up a semi-final with Czech 10th seed Tomas Berdych. 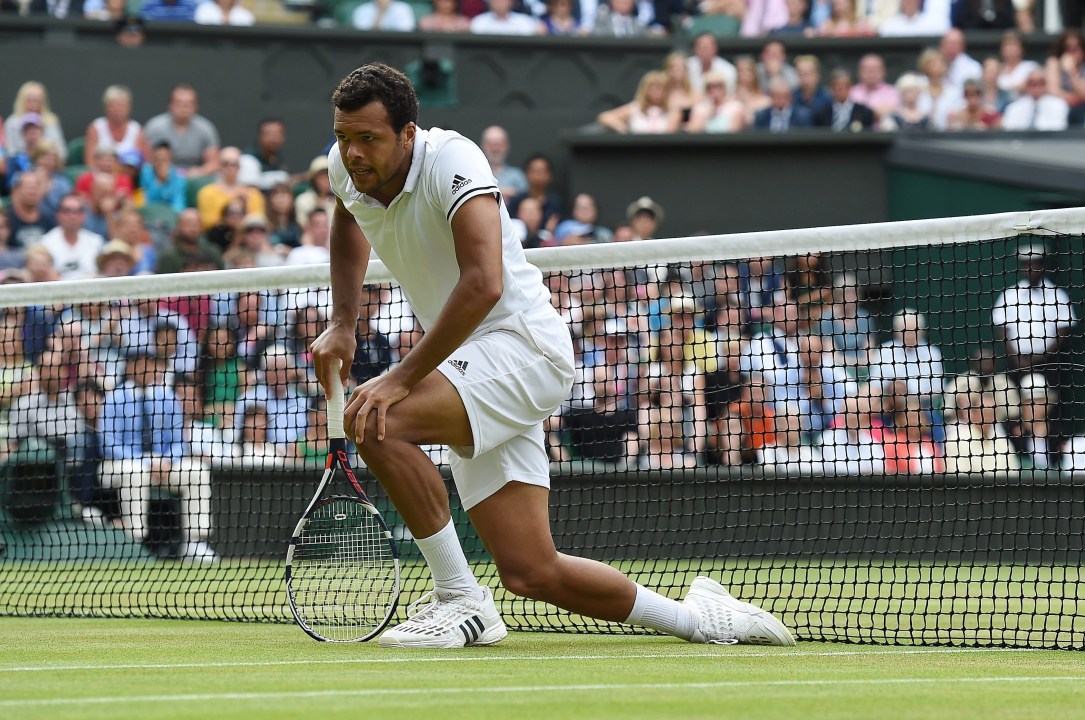 “It was a tough match. At the end of the fourth set it was really tough,” Murray, who had not dropped a set to reach the quarter-finals, said in a courtside interview.

“To lose that set 6-4 was hard but I tried to use all my energy at the start of the fifth to get myself pumped up, and the crowd, and thankfully got the break and managed to hang on.”

Tsonga had lost both of his previous Wimbledon clashes with Murray and was on an eight-set losing streak against the Scot, but he showed no inferiority complex.

Murray claimed the opening set with a volley into an open court on his fourth set point.

Rock-solid Murray was buoyant and the spirit ebbed away from Tsonga in a one-sided second set.

Murray led 4-2 in the fourth before Tsonga, winners flowing from his racket, reeled off four games in a row to send the match into a decider.

Tsonga had a break point at the start of the fifth as Murray shovelled a forehand into the net, but he slipped mid-rally and Murray snuffed out the danger.