Fans spilled onto the pitch at DW Stadium as the hosts celebrated their 1-0 fifth-round win against the runaway English Premier League leaders.

Supporters from both clubs were involved in disturbances, while television pictures appeared to show a home supporter and striker Aguero involved in a physical exchange.

Aguero appeared to hit the supporter after the fan said something to the player, and Aguero had to be held back by his City teammates.

Advertising hoardings were also ripped out and thrown as a pitch invasion by Wigan fans got out of hand while the defeated City players were being escorted off the pitch.

The match itself was also a fiery affair, with City manager Pep Guardiola and Wigan counterpart Paul Cook involved in a heated dispute in the wake of Fabian Delph’s controversial red card on the stroke of half-time.

Will Grigg scored the only goal 11 minutes from time to end City’s pursuit of a quadruple.

Wigan beat City in the 2013 FA Cup final, and this time Grigg’s late goal was enough for the League One side to pull off another upset and earn a quarter-final berth against Southampton.

“We had to ride our luck with a couple of flashing crosses, but that’s what makes the FA Cup so special,” Cook said. “Our lads deserve a lot of credit for the amount of work and the level of energy they put in. To beat a Man City team you have to do that.”

City were forced to play the entire second half with 10 men after left-back Fabian Delph was red-carded on the stroke of half-time for a strong challenge on Max Power.

The incident led to Guardiola and Cook exchanging strong words on the touchline and in the tunnel at half-time.

“There’s no problems,” Cook said. “From our point of view we’re trying to get every edge in everything we can. From Pep’s point of view he wants the game played, and correctly so.” 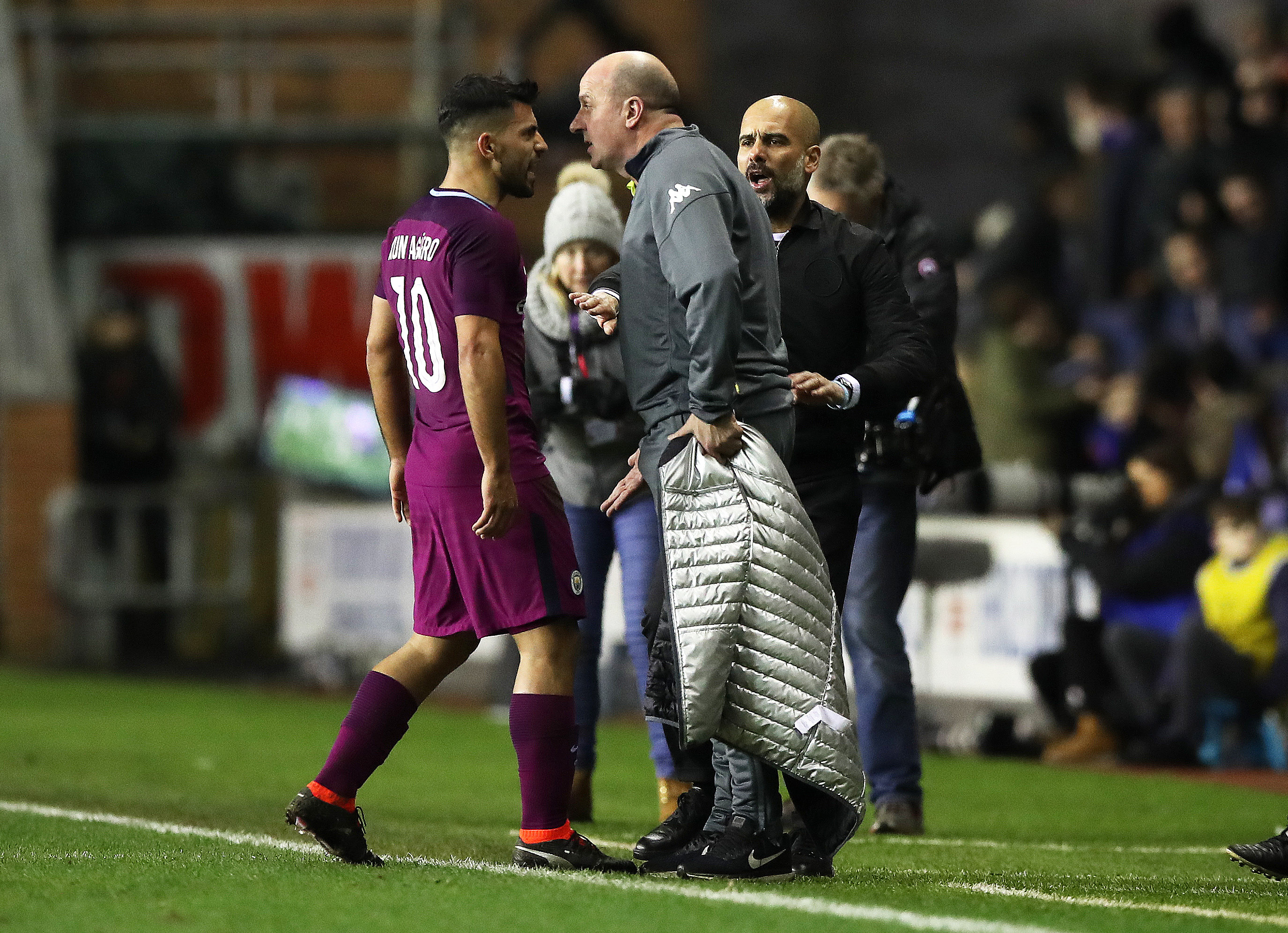 City dominated throughout but could not take advantage.

Taylor initially had a yellow card in his hand, but eventually brandished the red one, sparking vociferous complaints from City players, who felt the decision was harsh.

City were further frustrated after the break and Grigg capitalised on a Kyle Walker error to win it for Wigan 11 minutes from time.

“”Congratulations for Wigan for the qualification,” he told BBC radio.

“We did absolutely everything, we made a mistake and this kind of game is like a final. OK, we accept the defeat.”