The VAR reviewed a number of incidents in the clash including the expulsions of Wanderers skipper Robbie Cornthwaite and United full-back Ben Garuccio.

Cornthwaite’s hand blocked the shot of Baba Diawara and play continued for a further two minutes before it was eventually halted.

Beath showed Garuccio a yellow card for a high, lunging tackle on Roly Bonevacia in the 75th minute before VAR again intervened.

After reviewing the footage for a second occasion, Garuccio was shown a straight red card.

Kurz didn’t debate the decisions or the process but said the VAR needed to be consistent.

“That’s the rules and I respect the rules,” he said.

“I think maybe it’s very important that every week in each stadium are the same rules.

“I hope also in the next week they make the same decisions.” 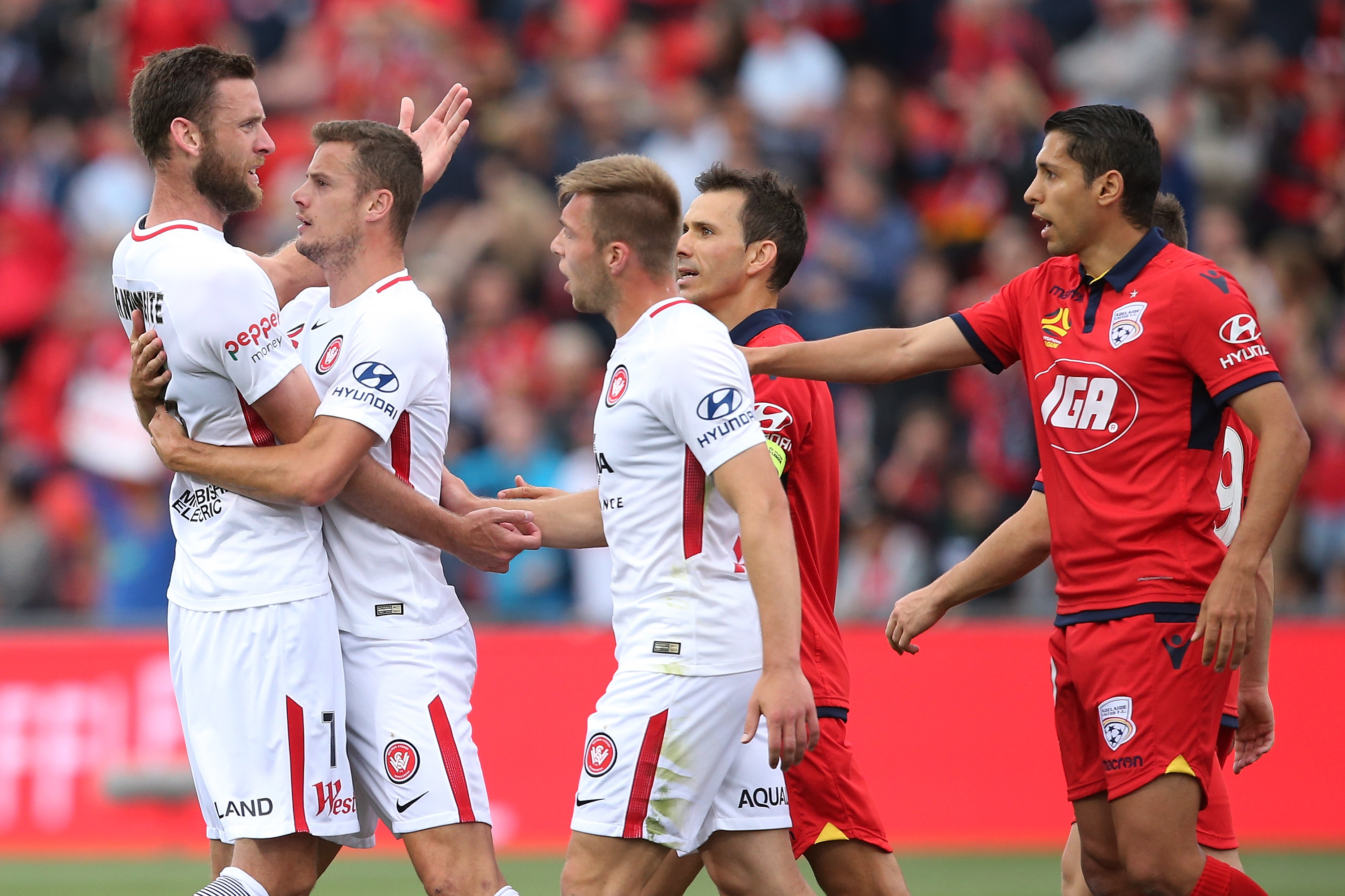 The Wanderers could have claims for getting the raw end of the VAR deal with two further reviews in the first half. Oriol Riera felt he had a penalty shout after tangling with Diawara in the area at a corner while Adelaide’s opening goal was also reviewed for a possible offside.

“I never complain about the referees,” Gombau said.

“I think the decisions don’t help us, but this is part of the game.

“Another day the decisions will help us.”

With six players sent off this round – and five by VAR – Gombau also called for greater consistency.

“With the VAR, we need to think this round there was a lot of players sent out,” he said.

“The thing that is important is to have very clear, that all the referees have the same way to act in terms of the VAR.”

Gombau surmised that the technology was “killing a little bit of the game”.

Adelaide’s victory was made even sweeter with 20 year-old Ryan Strain starring in his debut.

Kurz sprung the surprise before kick-off, thrusting the fullback straight into the starting line-up replacing the suspended Michael Marrone.

“I see the boy every day at training,” Kurz said.

“I was sure that he was ready to start.

“I was 100 per cent sure before the game that he would play very good today.”

But A-League chiefs face growing revolt and revulsion at the video assistant referee after a series of game-changing incidents across round eight.

Osama Malik’s red card led the way for Melbourne City’s 3-1 collapse against Perth Glory while there was a four-minute delay to review Avraam Papadopoulos’ spit towards Matt Simon, which resulted in both men being dismissed.

All and sundry have had their say about the use of the VAR, and not much of it is good.

City coach Warren Joyce said it was “plain” to see the problems with the technology.

Brisbane boss John Aloisi says both coaches, players and fans don’t understand the VAR, even if it will get better.

“It’s taking a long time. It’s going to improve and the decisions I’m sure won’t take as long. I’m sure it’s frustrating for the referees as well,” he said after the Roar’s 3-1 loss to Sydney FC.

“It’s frustrating for players, coaches, fans, because of the time it’s wasting. And not always are the correct decisions being made even with it.”

It’s a brave new world for football, and one that FFA have already apologised for once this season.

A-League chief Greg O’Rourke has already issued one statement acknowledging “unacceptable” delays in the use of the technology.

That was in round four, when there had been just a handful of reviews.

After a round characterised by VAR interventions, it remains to be seen whether the implementation or interpretations will be altered.

Ex-Socceroos striker John Kosmina has called for the technology to be binned or revised on Fox Sports.

Elsewhere in round eight, Newcastle kept up their high-flying start to the season by defeating 10-man Melbourne Victory 4-1 and Central Coast matched that scoreline away to Wellington.