The 52-year-old confirmed this morning that he was standing down as national team coach, a week after ensuring Australia would qualify for a fourth successive World Cup with a 3-1 victory over Honduras.

It comes after weeks of intense speculation over Postecoglou’s future reached a crescendo with a crunch meeting with Football Federation Australia chief executive David Gallop and chairman Steven Lowy yesterday.

“After a great deal of thought and soul searching I’ve decided that the journey for me ends as Socceroos coach,” Postecoglou said at a media conference in Sydney.

“As I’ve said many times, it’s been the biggest privilege of my life and it’s probably not the ending I’d envisaged when we started but at the same time knowing that it’s the right time for me and the right decision.” 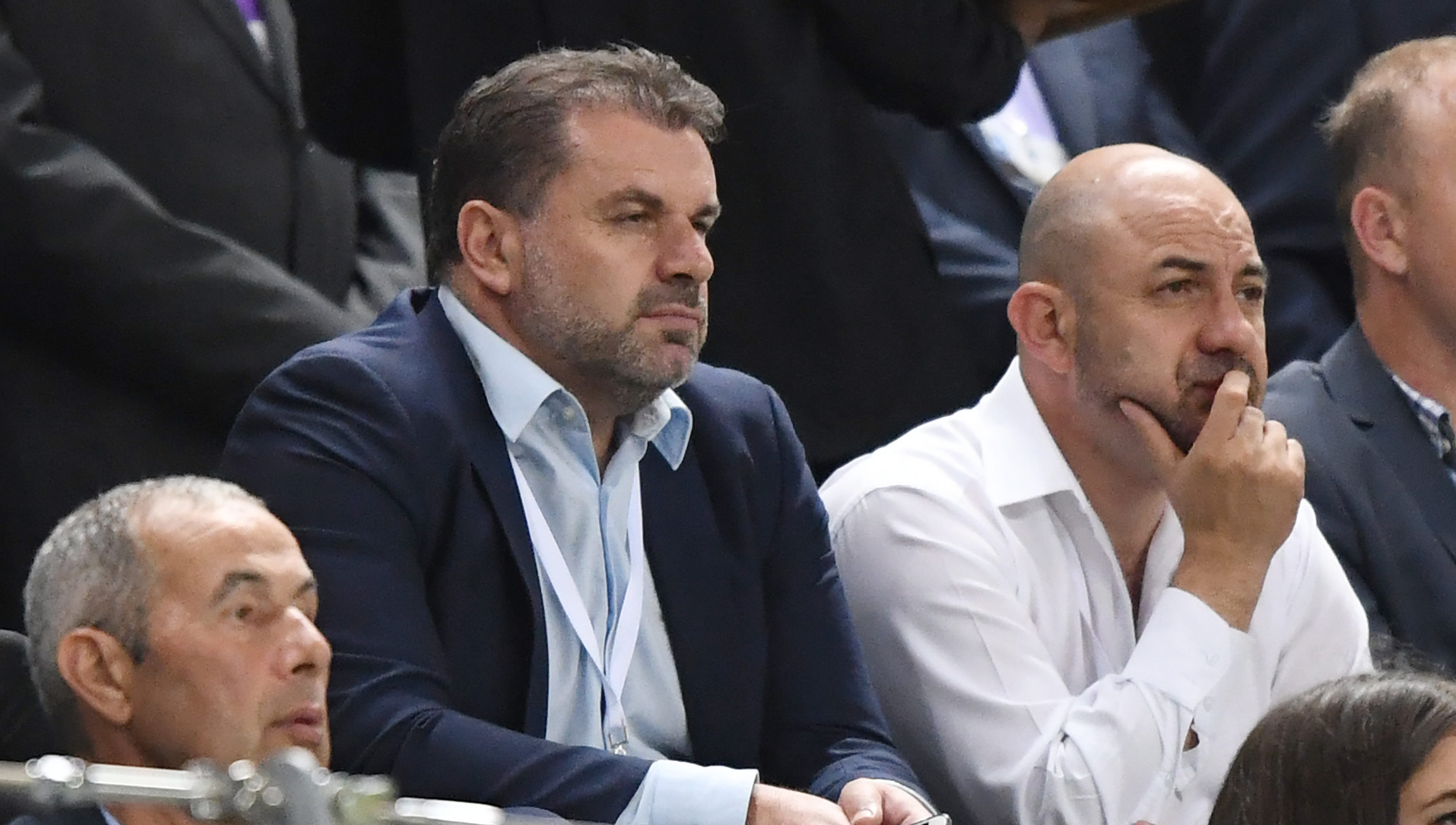 Postecoglou said he had been grappling with the thought of leaving for up to eight months, but denied tensions with FFA or heavy media scrutiny played any part.

“And that, as tough a decision as it is for me, it feels like the right time.

“I have loved this job but it’s been all-encompassing, and it hasn’t just been coaching the national team — the part I love is the coaching.

“I think I’ll have a sense of unfinished business but that might have been there whenever I left.”

Postecoglou thanked Gallop and Lowy for their support, the pair had been eager to retain him until for next year’s World Cup despite his hints at grievances.

But it was paying tribute to his family that brought the 52-year-old close to tears.

“To my three boys James, Max, Alexi, you make me smile every day,” he said.

“And to my beautiful wife … I left 24 hours after Max was born because we played Ecuador in London … I’ll never be able to repay the sacrifices she’s made for me to follow my dream.”

Want to say a massive thank you to Ange Postecoglou. The last four years have been amazing and he has helped create memories that will last forever for our country. From the World Cup in Brazil, winning the Asian Cup and now to the biggest prize of qualifying for a fourth consecutive World Cup. His leadership and beliefs are infectious and I’m proud that I had the chance to share his journey with him and witness his love for our country. The most important part was the belief he instilled in us to play a style of football that could test any team we came up against. This for me sets Ange apart as someone that stayed strong to his values of changing the game in Australia. His saying that will stay with me forever is NEVER TAKE A BACKWARDS STEP. Want to wish Ange and his family all the very best in the future.

Gallop admitted he was “disappointed and still a bit puzzled” over Postecoglou’s decision.

“But I’m supportive of the notion that sometimes you reach a point where you just know you need to do something new,” Gallop said.

“Ange’s record speaks for itself.”

Thank you Ange for the belief and opportunity you gave me to represent my country 🇦🇺 To play in a World Cup and to win the Asian cup on home soil is something I will cherish and never forget! You always believed in us! I wish you and your family all the very best for the future

Thanks to Ange for giving me my opportunity to do the thing I've always wanted to do and represent my country, also the way he has changed the way people look at Australians playing football. I wish him all the best in the next chapter in his life 🇦🇺🇦🇺 pic.twitter.com/PrLtTgjYRv

As Postecoglou prepares to contact national-team players across the globe, FFA will now turn its attention to finding a successor to lead the Socceroos to Russia in 2018 and beyond.

“We won’t be rushed … it’s important that we get the right person to fill the big shoes,” Gallop said.

“The standards Ange set … will now always be there and that’s a huge part of the legacy Ange leaves.”

Postecoglou replaced the sacked Holger Osieck as Australian coach in late 2013 and took the national team to the 2014 World Cup in Brazil.

The chance to take a team to the World Cup will be highly sought after – apart from Serbia, the Socceroos appear to be the only qualified team currently without a permanent coach.